mark.i.lansdell Posts: 2
8 January in Problem solving
Can any one help identify this problem with a Rowan tree? It is a fairly young tree, having reached only about 7ft in height. In the recent winds, the central stem (i.e. trunk - just seems too thin still to call it that) broke about 2ft from the top. On inspection, I discovered that the stem was substantially hollow at the point of breakage.

The third photo shows the condition of the stem slightly higher up from the section in the first two photos. You can see in this photo that there is a channel where the wood is being turned to a red-brown wet pulp.

The final photo is yet higher up the original stem, at which point the channel is more circular in shape. An hour or so after making the cut, I think I briefly saw a maggot appear at the opening of this hole, but it disappeared back in side before I could capture it on camera, and I can't be sure it was there at the time of making the cut.

I presume the problem is some sort of tree-boring species rather than a fungus or bacterium. I've tried googling, but every website describing tree-boring species in any useful level of detail seem to be US-centric, so I'm struggling to identify what could be the culprit here in the UK.

Thanks in advance for any help. 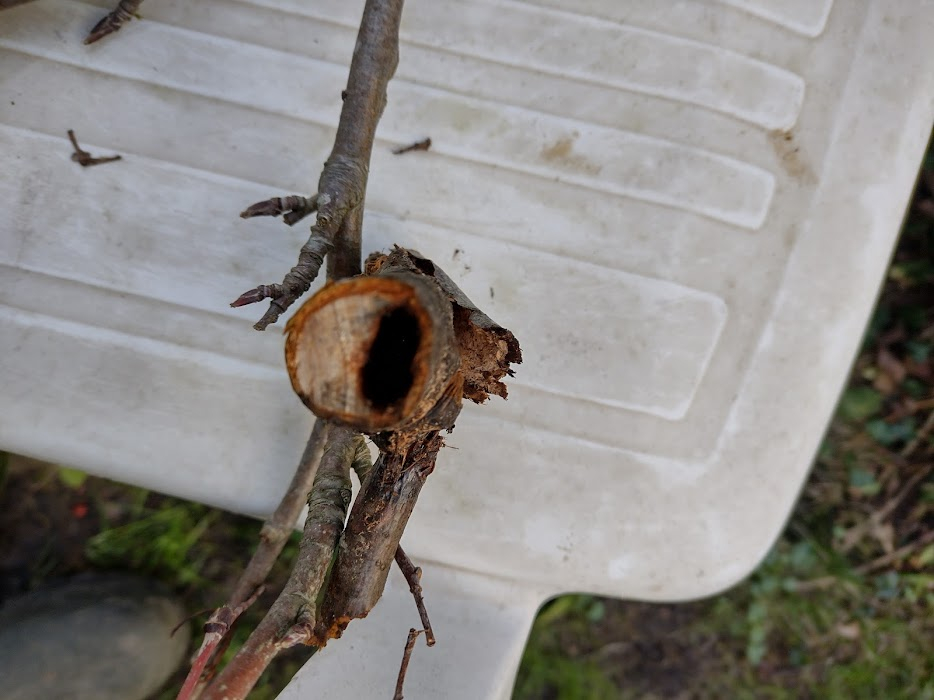 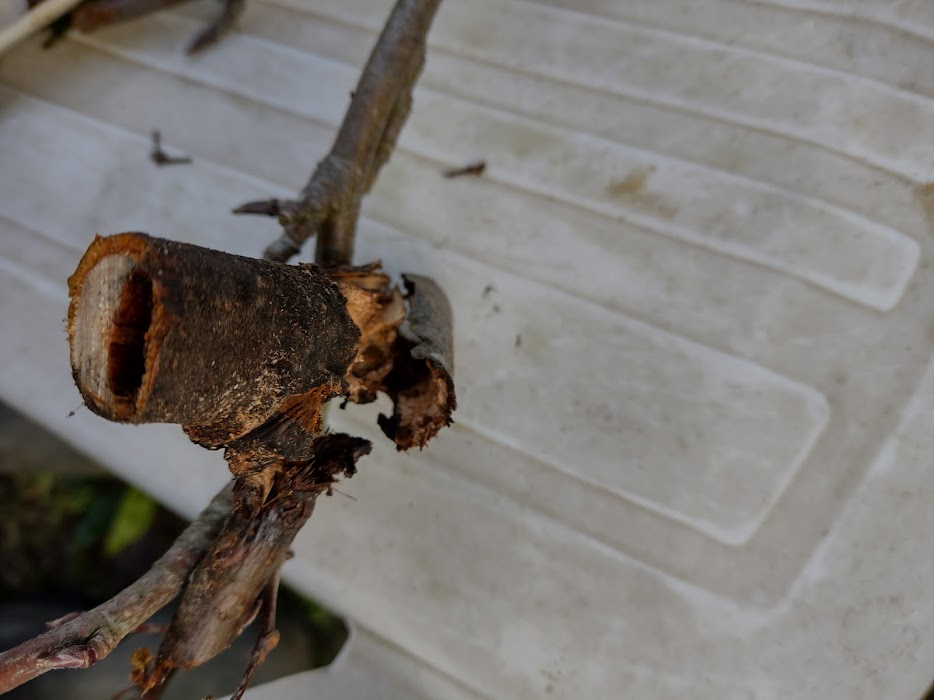 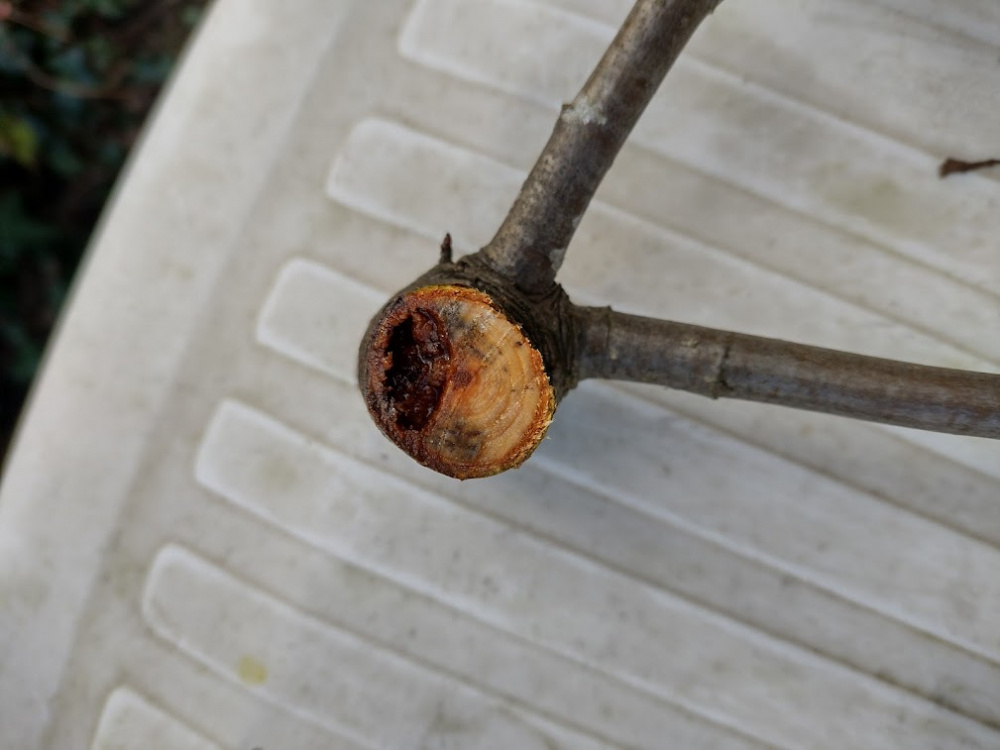 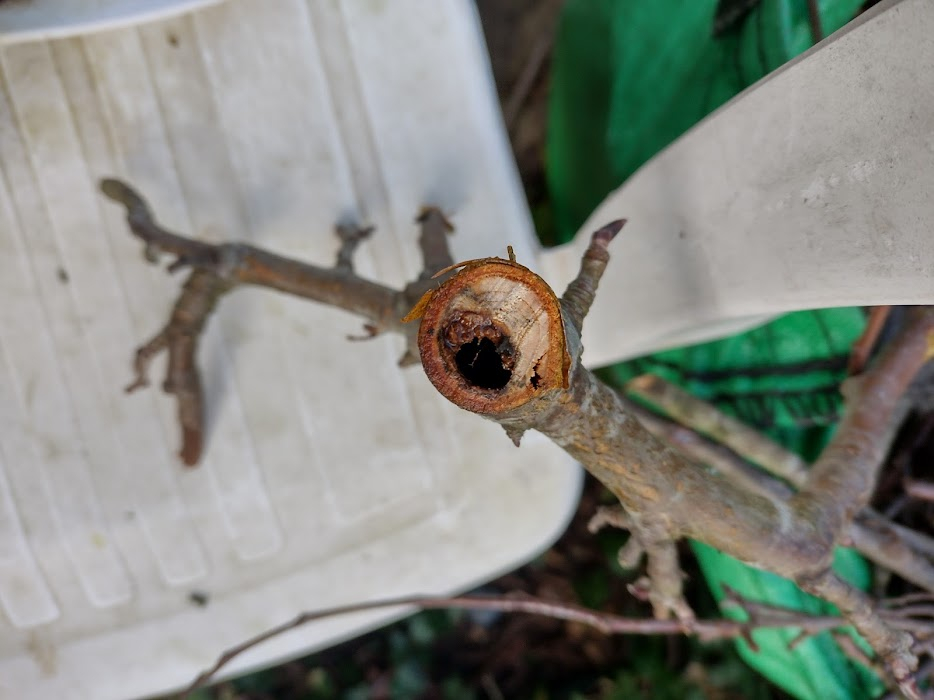