Will my ivy recover?

Tolly Posts: 5
November 2022 in Problem solving
Hello, this is my first time posting here - I need some advice from experienced gardeners! I have a local holiday cottage and we asked the fellow who does our hedges at home to do a winter tidy up.
We have a variegated ivy in a big tub by the backdoor. It looked lovely, was not in anyone's way, and covered an ugly fence panel. I headed up there yesterday and found this - he has taken it right back to the trellise. I'm a little bit gutted - even if this was the 'right' thing to do, it's very ugly for our guests!
Could anyone advise whether this will grow back (two big thick stems at the base seem to be intact) and more importantly how long it will take to look nice again - if we're going to have that awful woody/rotten look for ages, I think we'd prefer to remove everything and start again (given it's a holiday cottage, so appearance is paramount). Also, if we are to keep it, should we similarly cut back the ivy he's left at the top of the fence? Will that stay alive? Is there a gardening reason he's done that? (it's possible he left it as we were clear not to do anything that would impact our neighbours).
Thank you in advance for all advice! 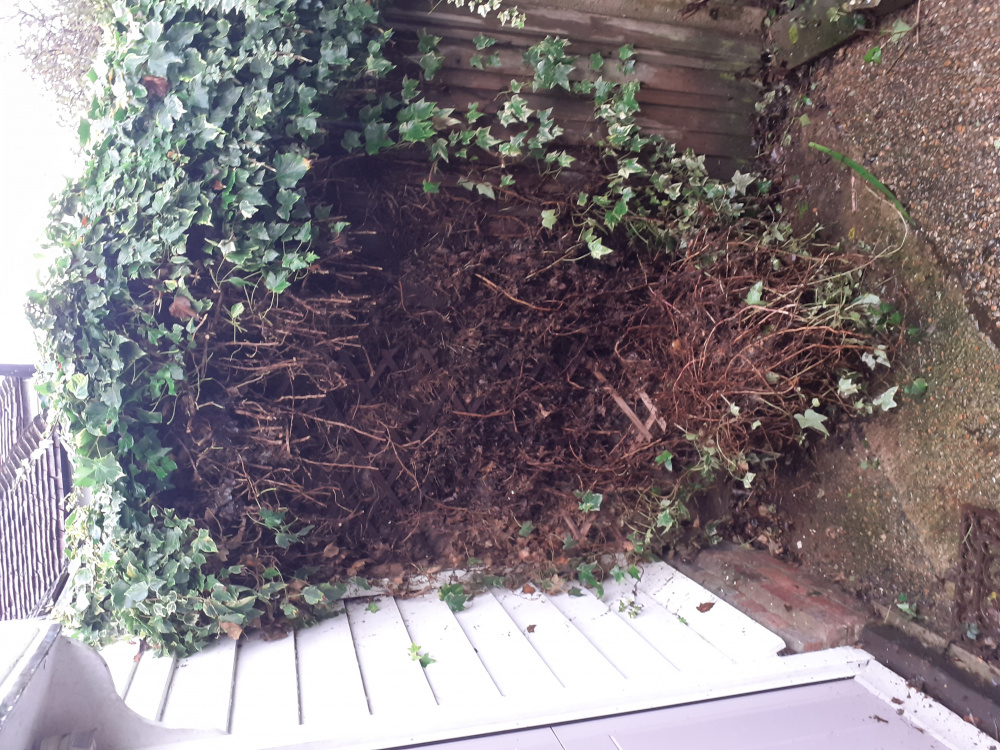