Do you have snow and cold records? 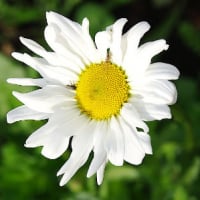 Simone_in_Wiltshire WiltshirePosts: 546
November 2022 in Wildlife gardening
I come from a family where we all were and are obsessed with the weather. We all have at least one barometer, but usually 3 of them.

I was hoping for some snowflakes in November because my records show that there shouldn't be further snow over the winter here in the South West.

Since living here in the South of the UK, I noticed:
- if there was snow in February, it was around the 2nd of February.
- There was no snow in 2011, 2014, 2016 and in 2020.
- There was snow in Spring time in 2008, 2013, and 2018, which is a 5 years period. On the other side, these were the years when we had a marvellous warm summer.
- If we had plenty of snow in December, then we had also snow in December in the following year, but is a 8 year time difference between these double-years.
- There seems to be a 15 years time difference for these extreme cold and snowy winters.

I would predict that there is a high chance that:
- a cold snap in December means we will get snow at the beginning of February
- we will get snow in Springtime 2023 (every 5 years, my mother celebrates her birthday at the end of April in snow),
- and warmer temperatures will start around mid May.
- I expect the next white Christmas in 2024 and 2025, which is the time when the next frost-biting winter with temperature well below zero and heavy and long lasting snow should happen.

The x can be snowflakes or snow that stayed for days. They just show the cold front combined with an incoming rain front.
The x in December 2020 happened as snowflakes on the very last day, the 31st. 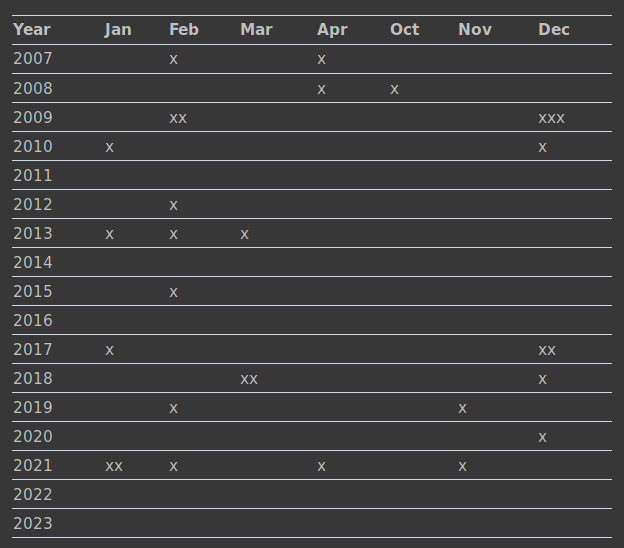