Why can't I grow rhubarb? 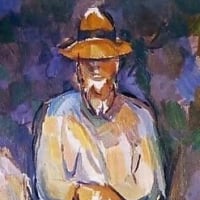 Rhubarb might need a lot of feeding, but otherwise it should be unkillable.

I have tried with given plants several times (in Lancashire no.one buys rhurbarb, it is just passed over the garden wall, here in Surrey you have to buy it.).  I have bought Timperley Early (the only variety easily available) I have tried older varieties like Champagne.   I have had  several goes at growing from seed; successful at first.

I have no obvious cause to report but the plants fade and die within 5 years.  Before getting hardly any sticks .  I have thought Honey Fungus (I have plenty) but I have never seen any fruiting bodies or bootlaces near the rhubarb.

It hurts to have to buy one of my favourite "fruits".
"Have nothing in your garden that you don't know to be useful, or believe to be beautiful."
0
«123»