Plants for a problem corner 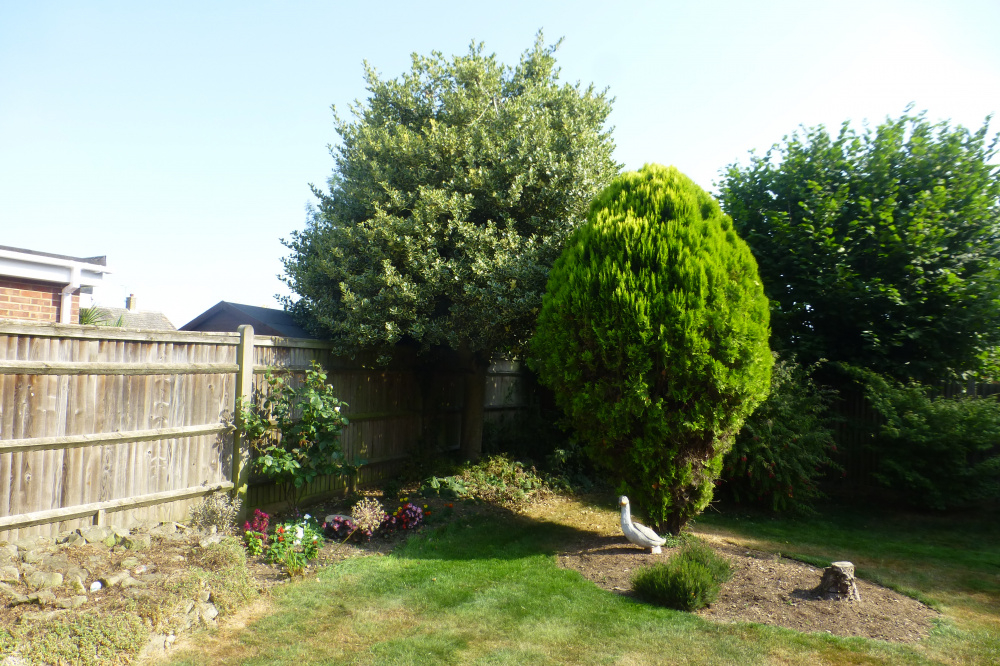 This is the South East corner of the back garden with a closer  view of the border below the holly and conifer. The corner behind the strip of sunlight is dedicated to wildlife, i.e it's a mass of nettles and weeds  and is in permanent shade. Quite happy to leave it alone.

My gardening knowledge is non-existent and i would like advice on perennials suitable for the rest of the border, ideally of varying heights anfdflowering times.

An early summer problem is that the holly sheds a lot of dead leaves.

The central bed will be a variety of heathers. 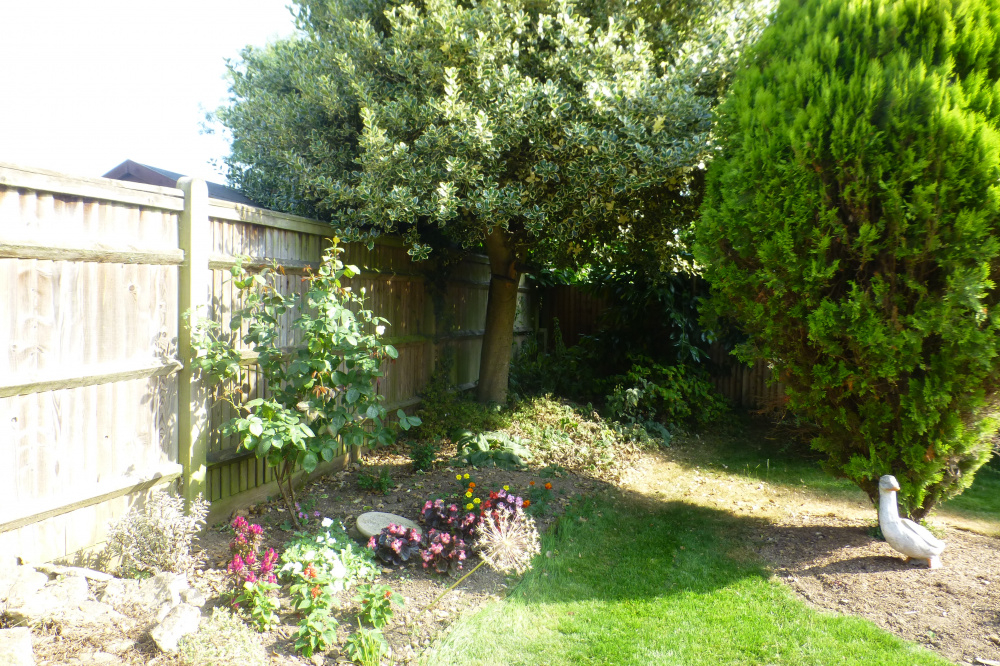