krntrmnntR5Wa30 Posts: 6
18 July in Problem solving
Hello lovely experienced gardeners. My apple tree is looking very unhappy but it seems as though its only one half of it that is suffering. As you can see from the images, the left half has yellowing/browning crumpled leaves compared to the green on the right. There is some bark damage to the main branch leading left so I wondered if this might be a clue as to what is wrong. However, there is also bark damage on the main trunk. Is anyone able to help me diagnose the problem and treat it. Many thanks. 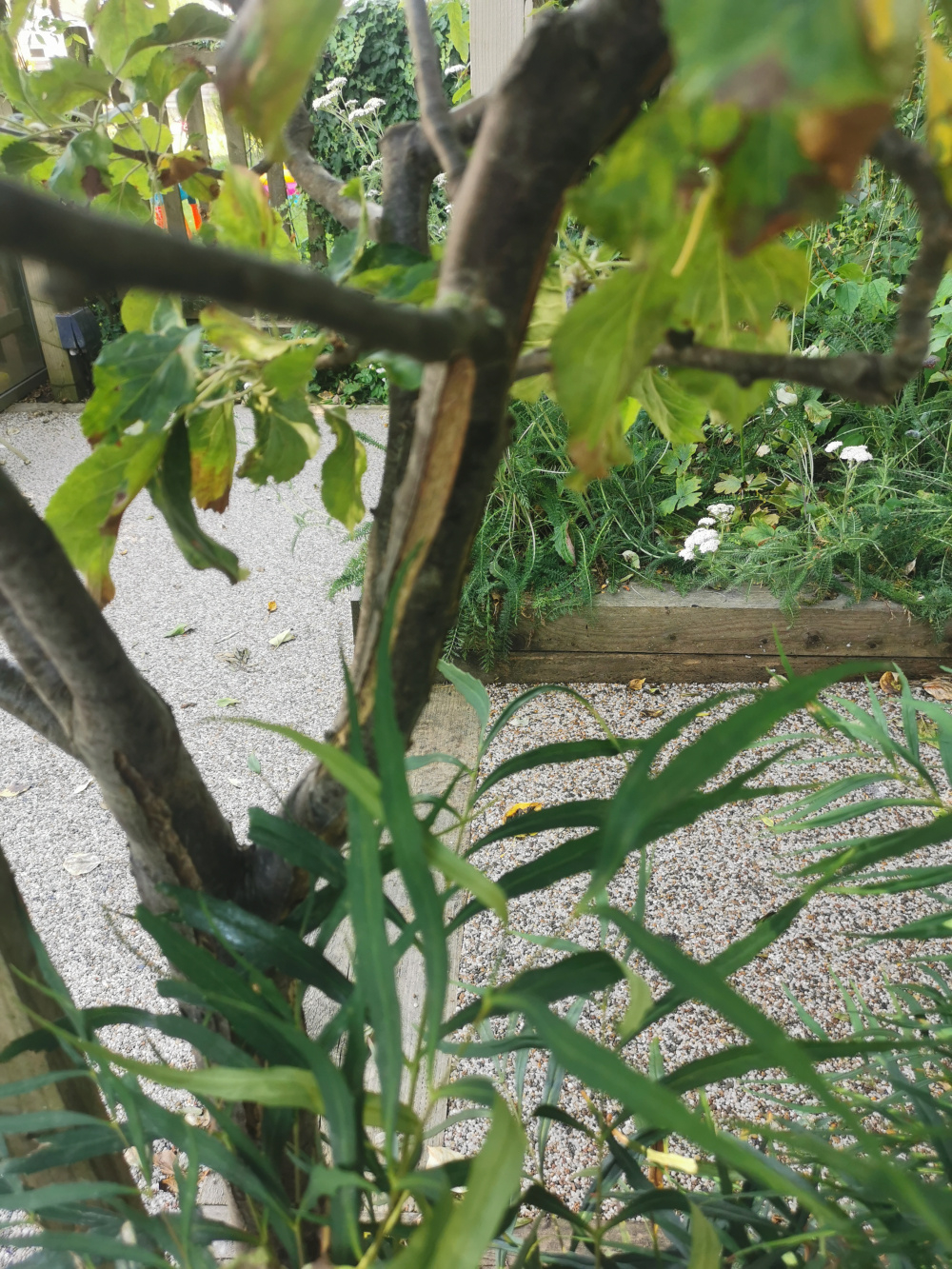 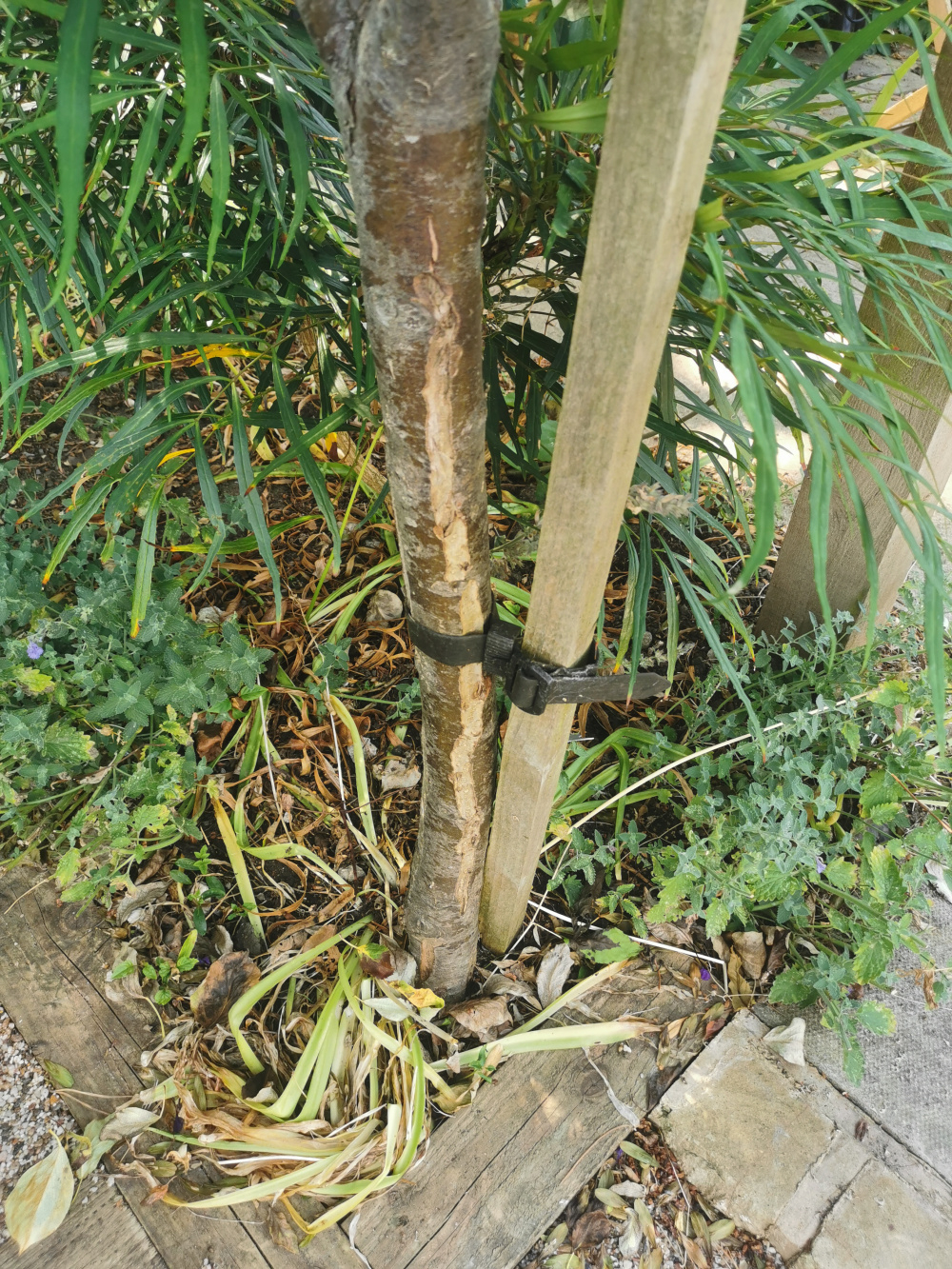 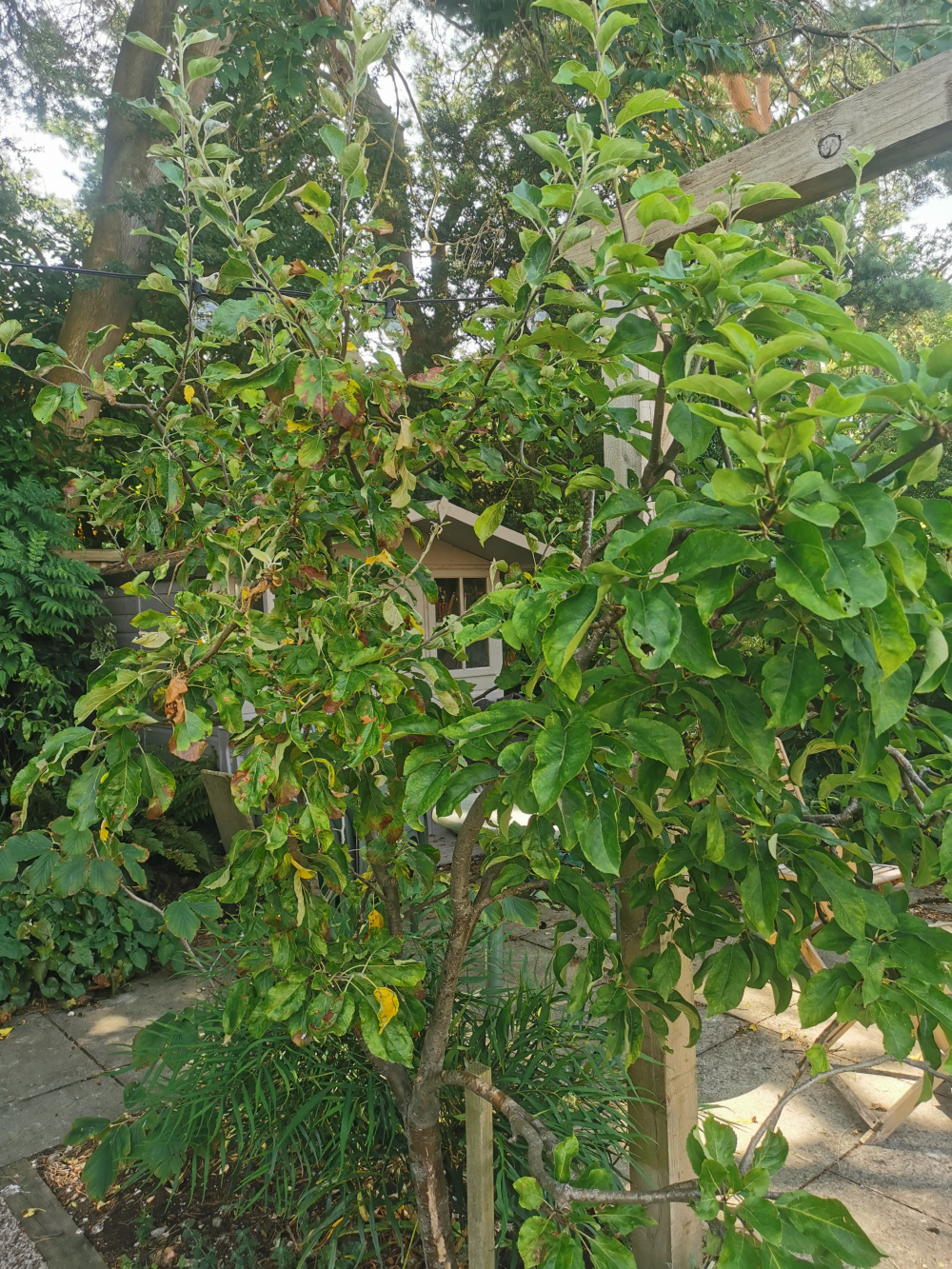