Issue with my Ginkgo tree

weathercrazy48 Posts: 4
13 July edited 13 July in Plants
Hey everyone, got a question for anyone that can help. I have a male Ginkgo tree that is still young. I planted it in 2017 and it has been an awesome addition to my front yard along side my October Glory maple. It's grown to be about 13 ft. I live in Central South Carolina (Columbia, SC), and for anyone who knows anything about this region, they know that it's one of the hottest places East of the Mississippi. haha

Below i have 5 pictures, one of them is a picture of my Ginkgo in full right after it fully bloomed earlier this year in April or May (bottom pic). The other 3 are photos i took this week showing the leaves beginning to fade to yellow (not all of the leaves are doing this) but i would say around 30-40% of the leaves on the tree are beginning to fade to yellow some at the tip of the leaves. None have went completely brown & curled. And i also put a pic of what the tree looks like during peak Fall Folliage! The tree did this last year also in Early August, but not as many leaves did this then. This Summer it's been happening in Early July so about a month early. But i will say, this Summer has been much hotter than last Summer, and we did have a dry stetch back in Early June. But i also have an irrigation system that waters the yard (including the tree) daily for 30 mins. So i wouldn't think lack of water would be an issue.

This Summer has been hotter than last so far like i said. We have already hit over a 100 degrees 4-5 days so far with several days in the upper 90s. We are in somewhat of a drought, but have picked up several inches of rain at my location over the last 7-10 days plus the continued watering of my irrigation system.

I know Ginkgo trees aren't common here in South Carolina, but still can grow as many parks through out the state have them in areas and they still thrive. I keep the mulch back from the bark of the tree. So the only three things i can think of is heat stress from our recent heat wave, overwatering, or underwatering (which i doubt) Both normally have the same affects on the leaves from what i read.

Also added a pic of last November when the Ginkgo showed off that beautiful yellow it's known for!

Any help would be awesome! i love this tree and want it to thrive, it's still young and maybe it's just more sensitive to the heat than more mature trees. But not sure. 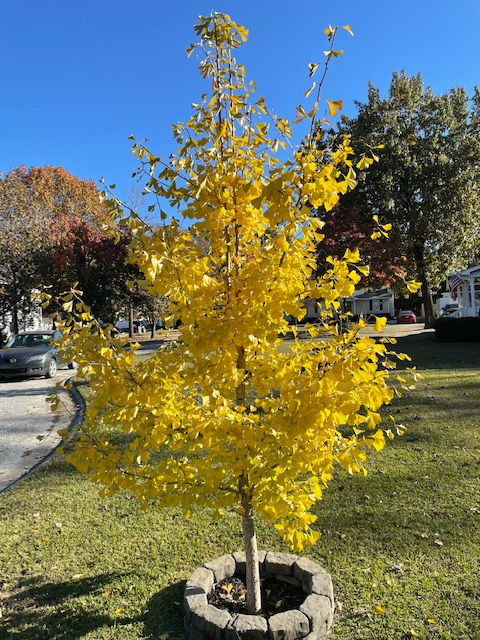 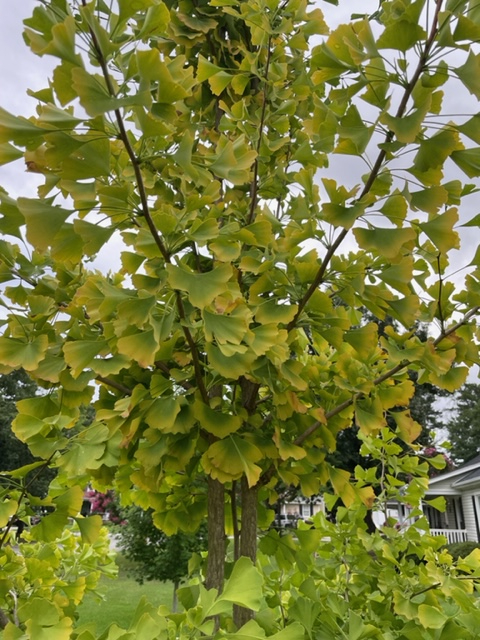 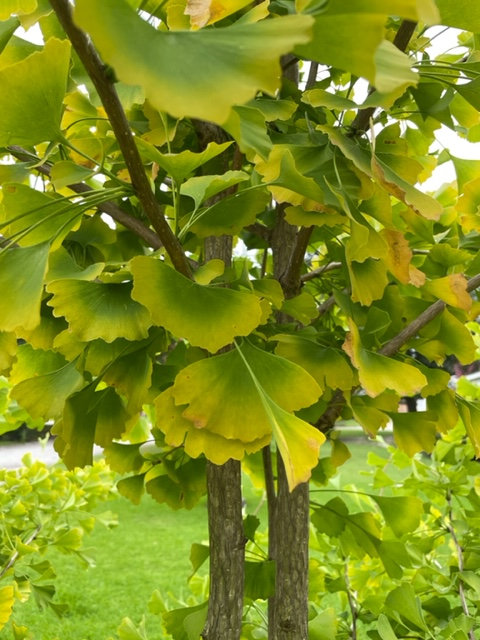 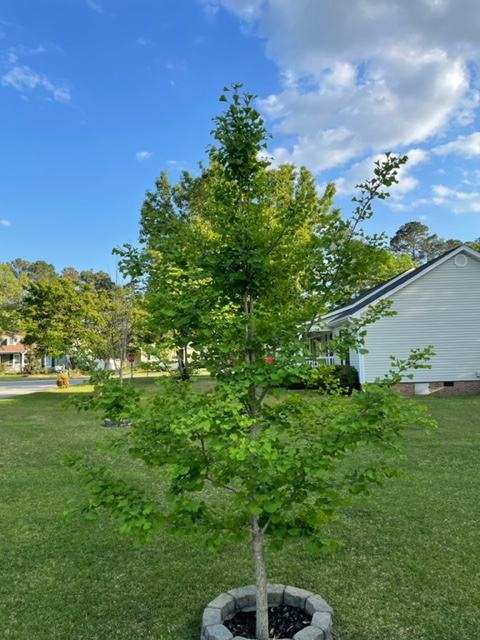