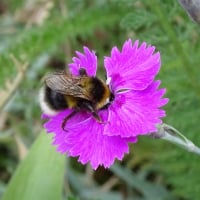 didyw East SuffolkPosts: 2,070
2 June in Wildlife gardening
Am I asking for trouble?  The year before last lots of mullein appeared in my garden.  I got rid of it all.  More popped up this year and I pulled that too - apart from one which I thought I might let flower, just to see what it looked like.
Now caterpillars of the mullein moth have appeared on it and I thought that it was great that I have something wildlife wants to eat (which is not my cabbages).
But I have some ornamental verbasum in another part of the garden which I don't want to sacrifice to hungry caterpillars.  Torn between gardening for wildlife (ie, providing habitat and food, not just nectar and pollen) and not wanting my ornamental verbascums decimated. 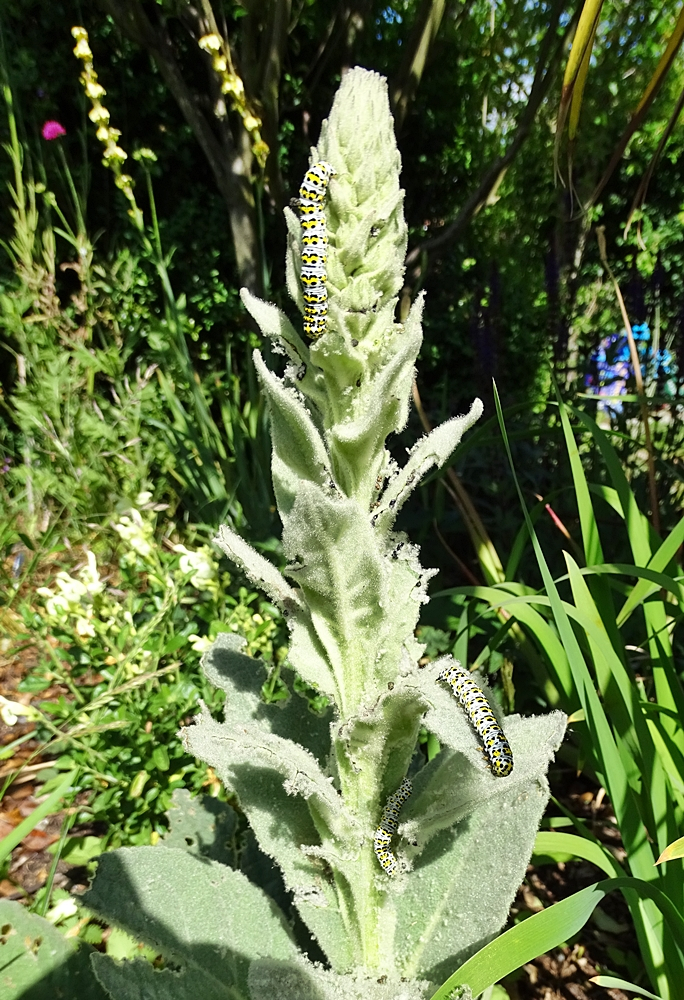