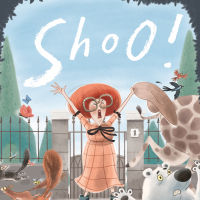 susiebower Teignmouth, DevonPosts: 46
4 May in Problem solving
Hello - I'm a newbie gardener and recently had a wildlife pond put in. It's lovely, but several times the aquatic plants have come loose and had to be re-anchored. This has caused silt/sludge/soil from their baskets to cover the bottom of the pond, which looks pretty grungy. Anything I can do about this? (I have tadpoles, by the way, so don't want to endanger them).
0
«12»