Ideas for a deep terracotta pot 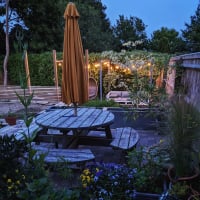 I have this lovely big pot that currently has a couple of Clematis in it, Madam de bouchard on the right and Diamantina on the left.

The Diamantina I inherited from my dad and it's not doing well at all in its second year in the pot. The Madam du Bouchard is doing ok though I'm not sure if it should be doing better!

I think the Diamantina should be replaced so would like some ideas of what to put in. The pot is up against ESE facing wall.

I'd also like some ideas of perennials or evergreens to put in the front of the pot. I was thinking maybe a couple of Hebe?

Thanks in advance all. 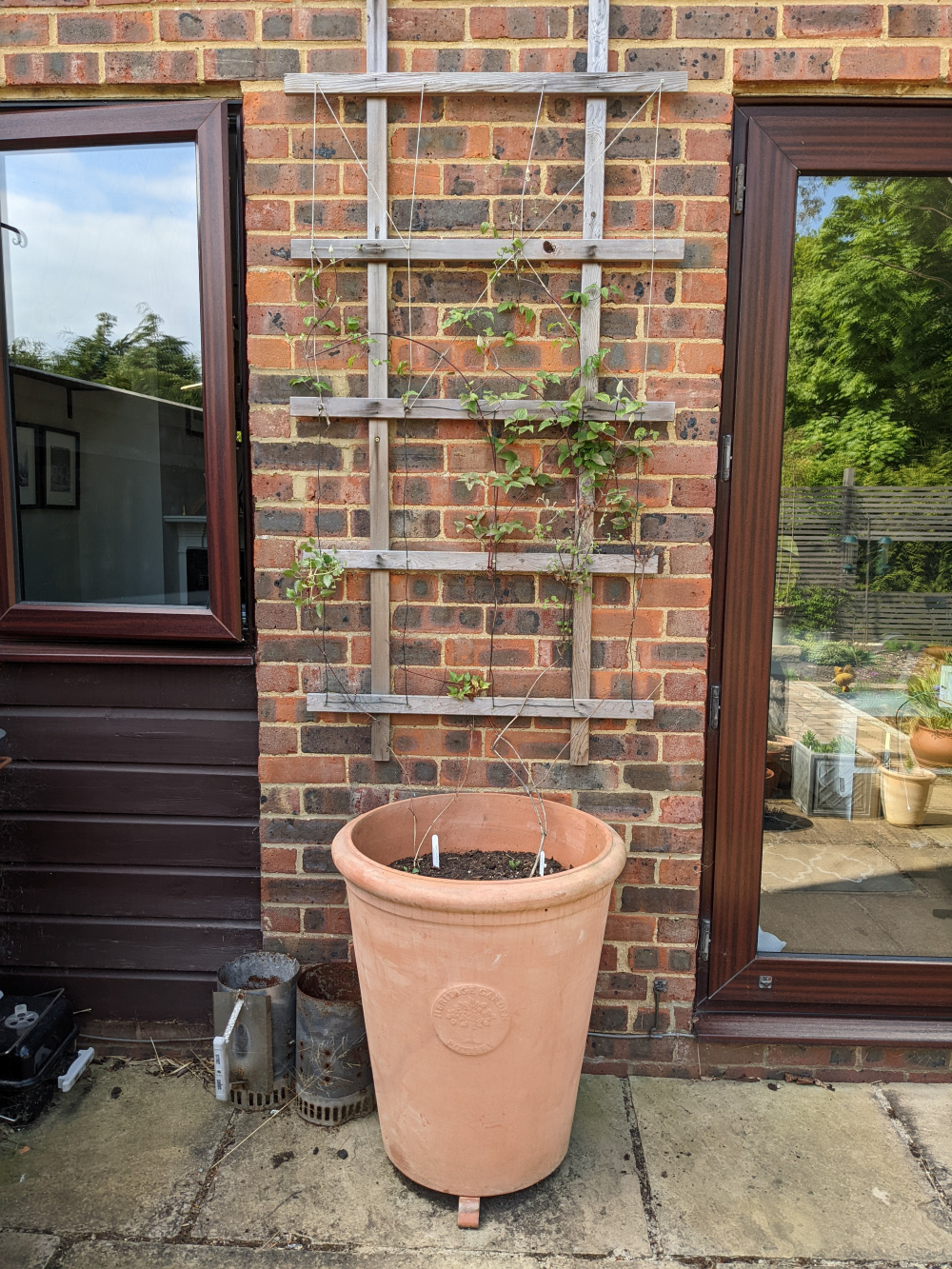 Edit: should be Comtesse du Bouchard
0