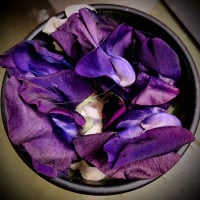 Wild_Violet ScotlandPosts: 137
April 2022 in Plants
Hi,
Do you think it is too late to move a couple of hydrangea Runaway Brides that were only planted from containers  a couple of months ago? They are quite small still and I fear I have planted them in the ground in too deep shade.  I have two new large terracotta pots and was thinking of putting them into them, in a partial shade position. Thanks 😊
0