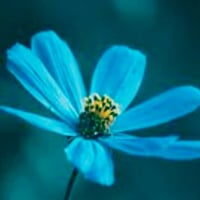 InBloom Posts: 4
23 April in Garden design
Hello GW forum. First post and looking for any suggestions please for improving an uneven patio. It doesn't look great, but more it's a trip hazard, it's been fallen on a lot, and the space outdoors isn't getting used. We've done the garden up over the years and this is like the last remaining part.

The slabs which are down are seriously heavy, we just found out at about 7 stone each. The plan was to lift them and relay but even the bottom part of the patio which is the worst bit is 40 slabs - so about ton and half - and have quickly realised after testing one it's just not going to be possible to do ourselves. Neither the skill nor the strength with slabs that big and heavy. We'll tackle most jobs but this one now looks a bit too much.

The top part of the patio (about another 30 slabs) would have to stay in place because there's a big raised bed built ontop and full of soil which can't be moved.

Has anyone done a similar job or got ideas please.