I bought this nandina gulf stream from the GC a couple of months ago. It's planted in alkaline, chalky clay in full sun, which I thought would be ok for it given the RHS page. It's looking increasingly sad, though - dropping leaves, leaves turning brown, white marks on the inside leaves (powdery mildew?)

I had a search through the forums and I'm seeing mixed things about whether this is a sun or shade plant. Does anyone have an idea of how to help it? Does this seem like bacterial leaf scorch maybe? Or it is normal for it to look a bit sad & periodically drop leaves?

If gulf stream actually isn't great for full sun could anyone recommend a different, compact nandina that is? 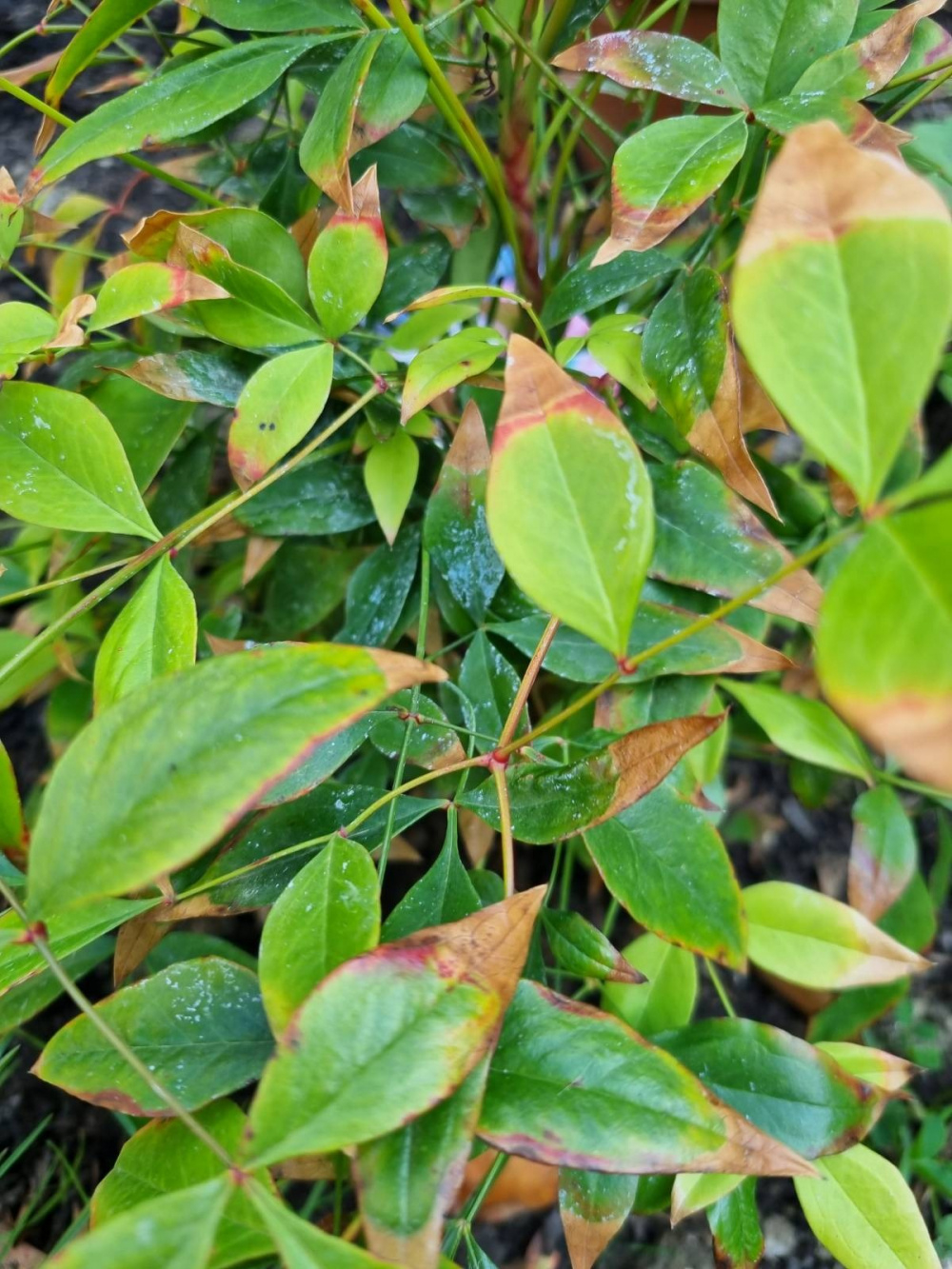 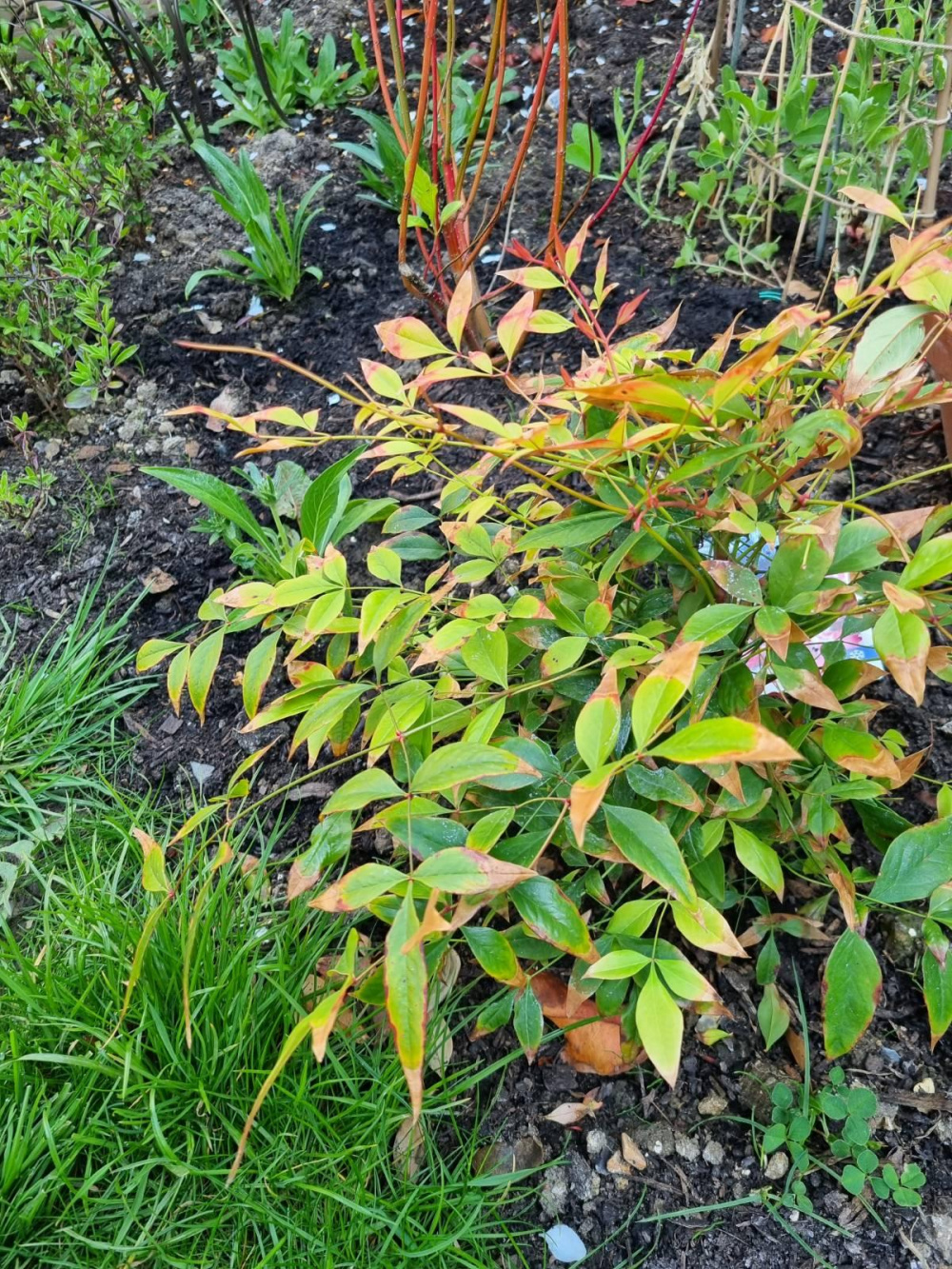