Smulvihill28 Posts: 1
20 April edited 20 April in Plants
Hello,
I planted two remembrance patio rose bushes (Arthur Bell) in 2021.  Both used the same compost, and are in the same type of container.  Both were given a sprinkling of granular rose food at the time of planting so I could ensure this was mixed throughout the compost without having to interfere with the plants after, allowing them to have some settling time.  Both sit on the same patio about a meter apart from each other (opposite sides of a step) and face the same direction.  Both had three largish stones placed on top of the compost to give them some protection from any digging wildlife, again while they got settled and established.  These stones have been in the garden for years (previously used on a gravelled seating area) so are not new.  As winter was mild, both pots remained outside.
But over winter I noticed one container was getting a brown residue ring around its base, and as time went on I noticed there was a "dirty" water line on the patio coming from the same container.  I assumed this was just general winter grim so didn't think much of it, but did wonder why it was only one container that was affected.  I did wonder why as they are so close to each other then if grim was accumulating on one container how come the other was not having the same issue.
Over the past few weeks, the clean container has started to get new season growth and is now a ball of leaves.  But the dirty container only has the few leaves that remain from last year (three very small leaves in one little cluster), with no new growth coming through yet.  And in the last week or so the twig branches have gone from being green to a brown colour.
At the weekend I watered them both using a rose, so nice a gentle so as not to flood them.
But when the water came through the bottom of each container, the water that came out of the dirty container was really brown and left a trail across the patio.  Both containers were watered using the same can of water, and the clean container didn't have brown water coming out of it.
I am now thinking the accumulation of grime on the container I saw over the winter wasn't a result of grime catching the pot, but has been coming from the pot itself.  But what would cause such a large quantity of brown on a small bush, that is not happening to the other one that has had the exact same treatment?
And most importantly, can I do anything about this without having to disrupt the plant to much?
I include pictures to show the dirty container as it was after the watering at the weekend.  And I also include a picture of the clean container for comparison purposes. 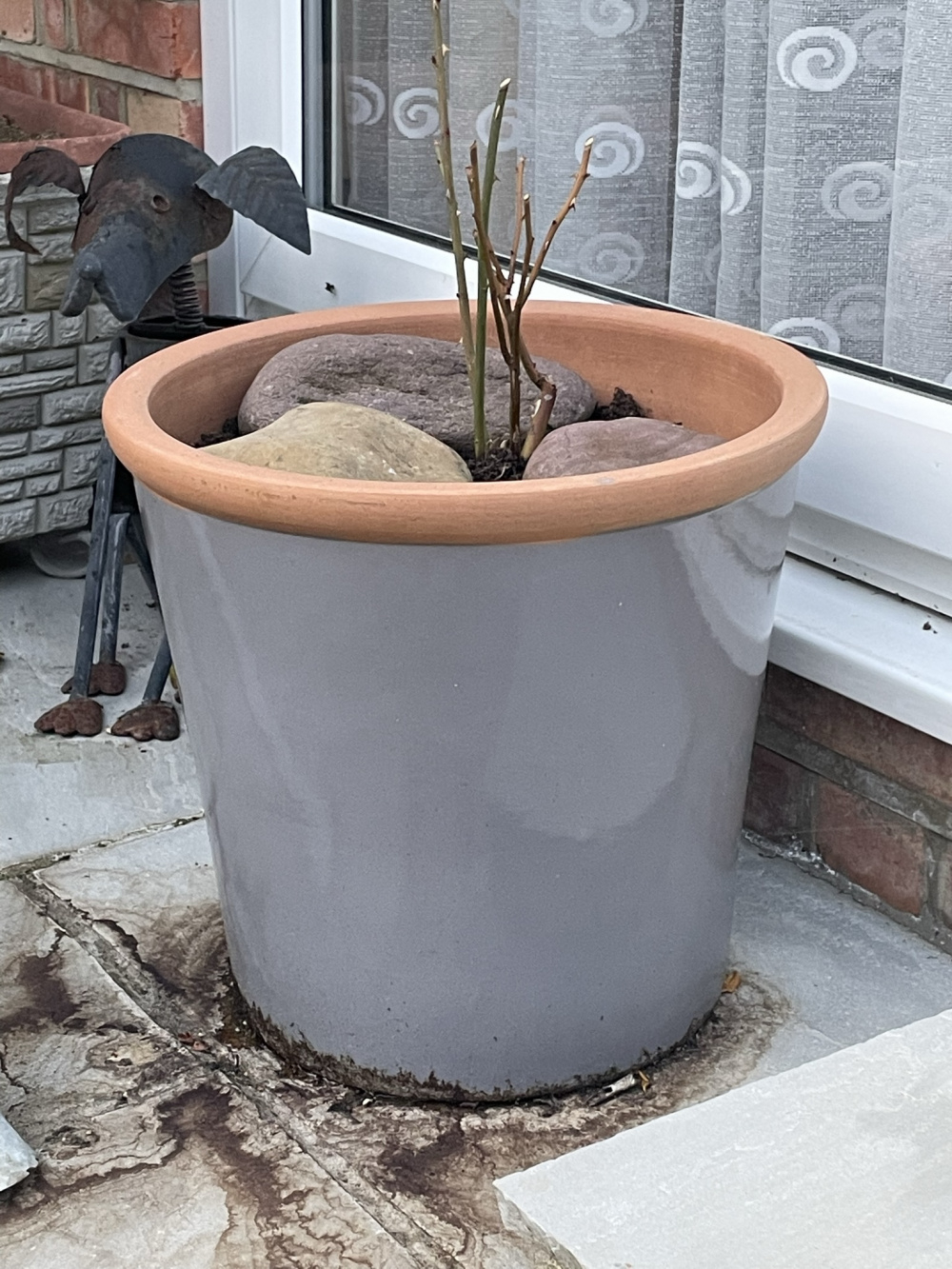 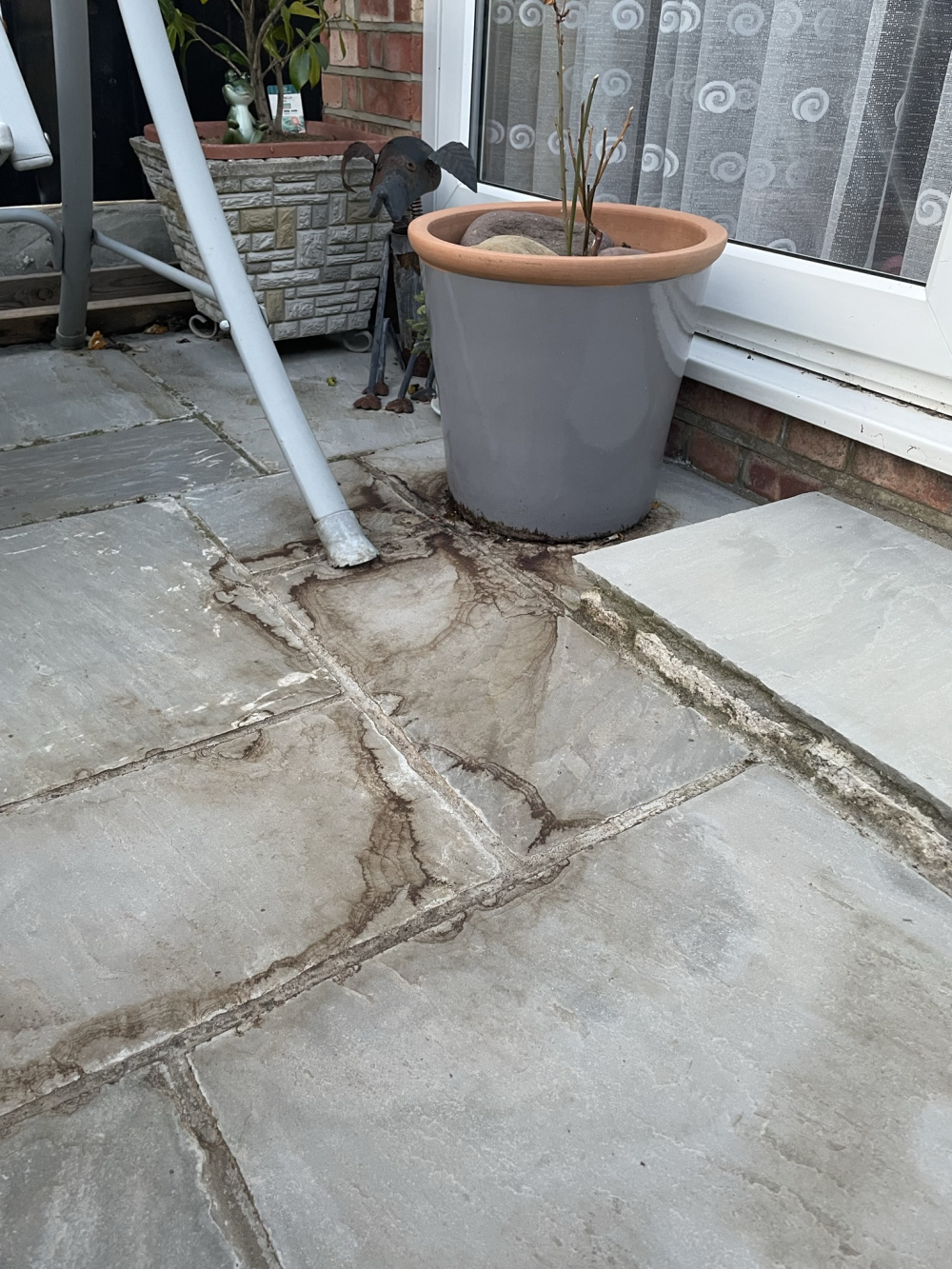 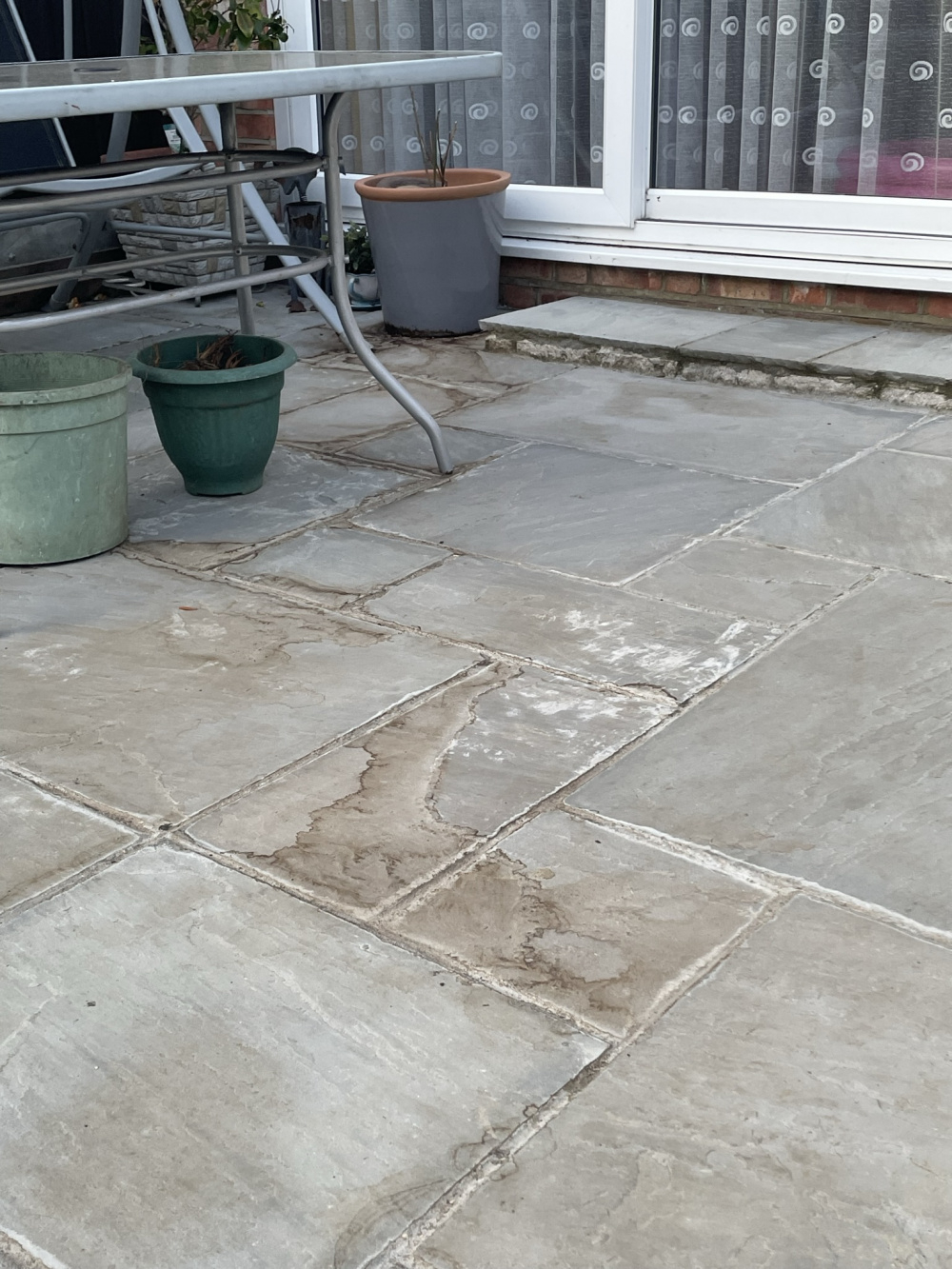 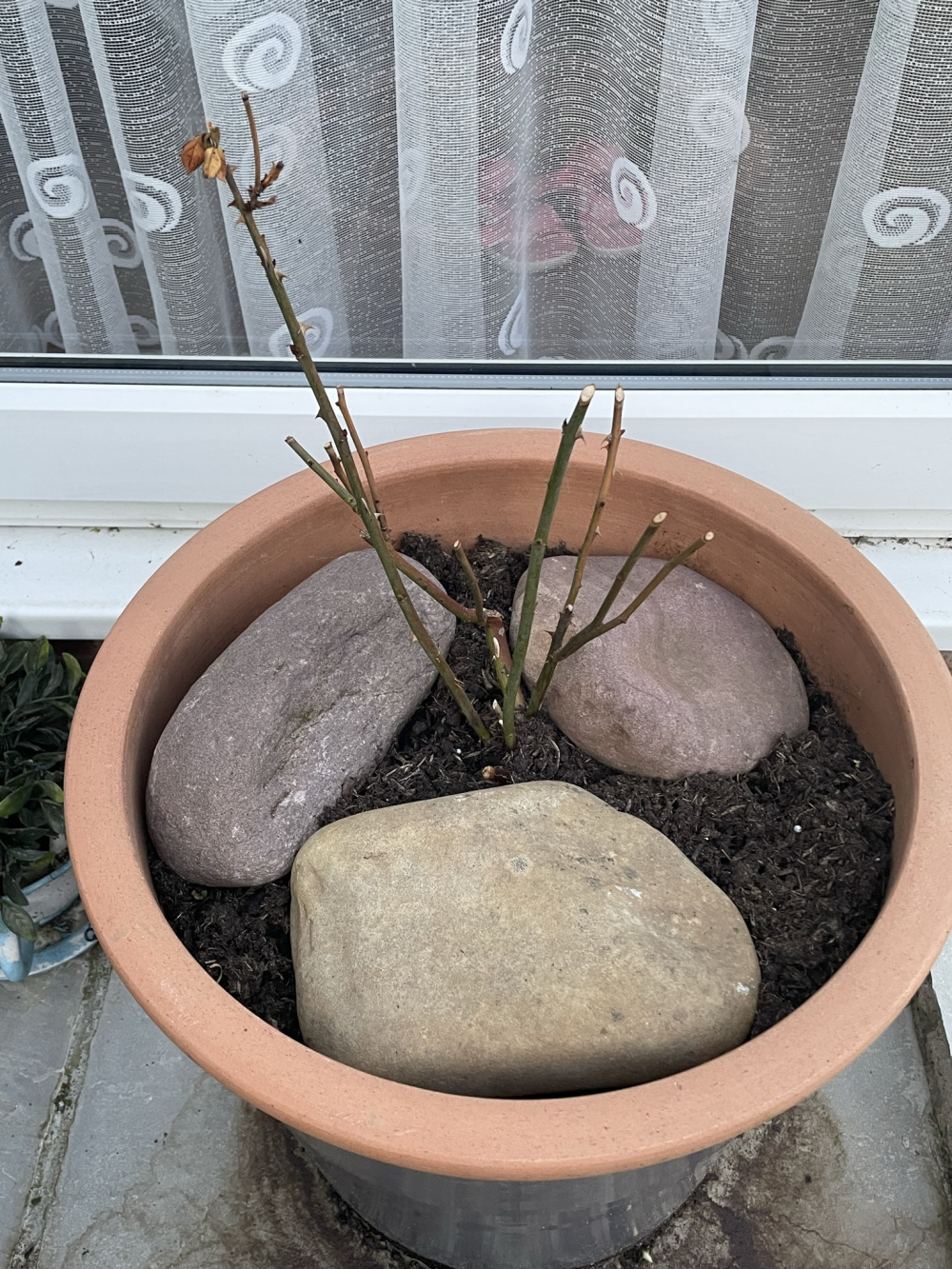 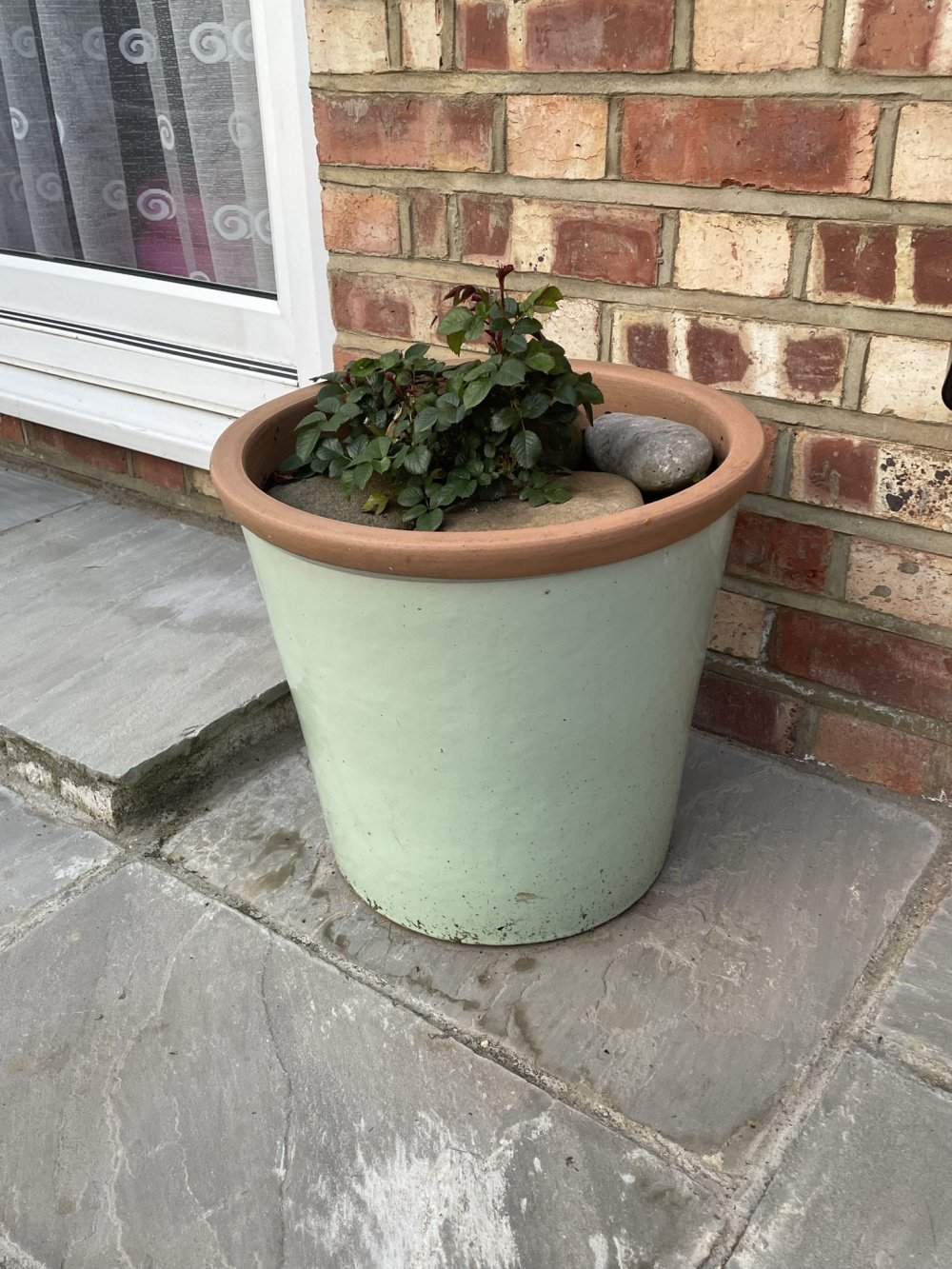 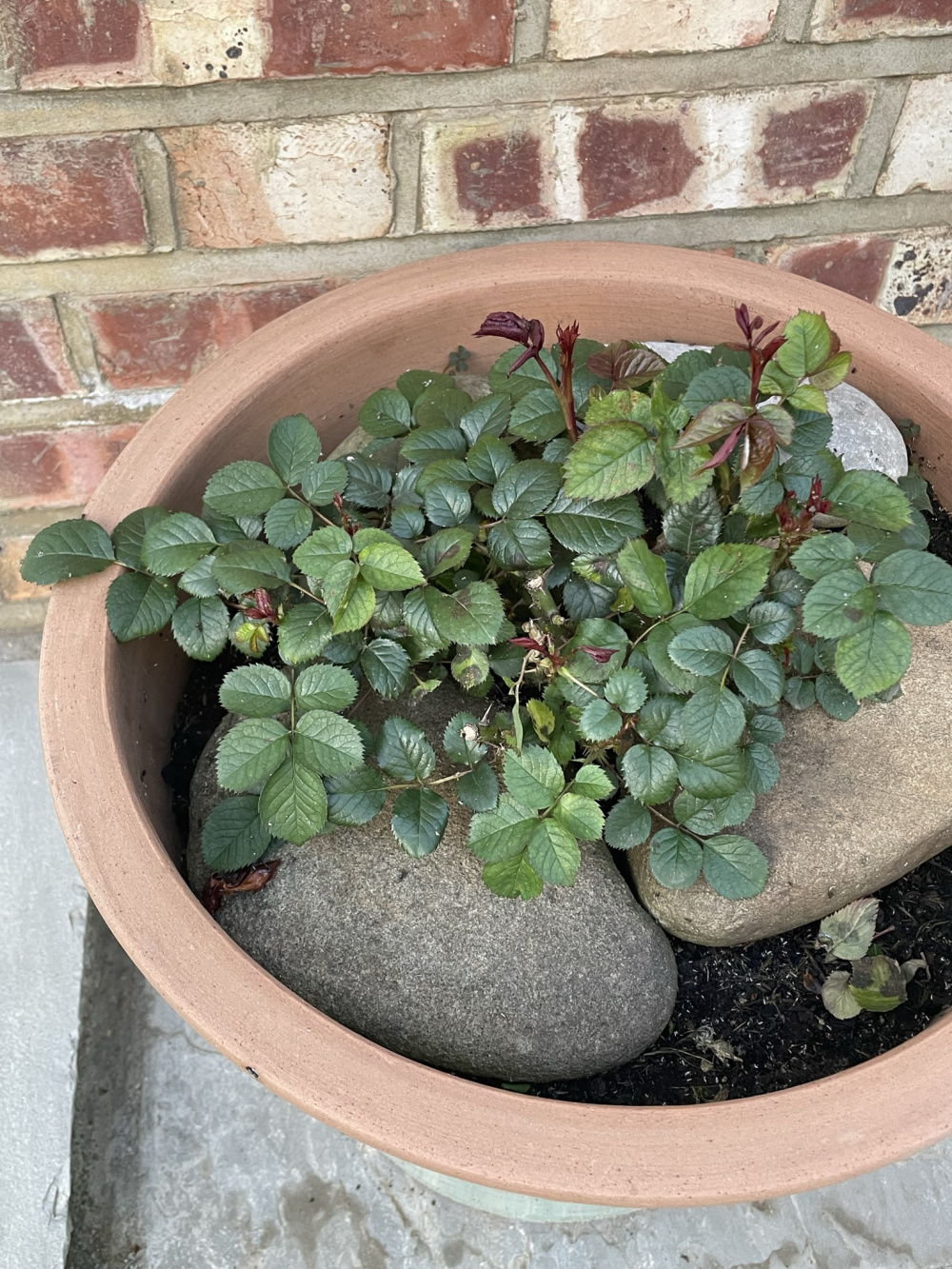