Hi guys! We took over an allotment plot yesterday. It's in fairly good condition because the previous owner has swapped to a different plot (I didn't ask why because I'm an anxious fool, but it may be because the new plot is flat and this one is fairly steep.) It needs digging over (they have a rotavator we can borrow, I think, I need to ask on Monday) and conditioning, and weeding around the edges but the beds are laid out and it's not too heavy on junk or nasty weeds of doom.

It has a compost heap, a tired shed and a large water butt (currently empty, the drain pipe from the shed roof had disconnected but I popped it back in when we were there, but I believe there's other water on site) - there's a paved area that currently has a greenhouse on it but that is moving to the lady's new plot at some point. It's currently divided into five sections - a couple already raised, with other raised beds lying on the ground (again I didn't ask whether they were being taken, horrible anxiety and or plain stupidity at this point. We're going back Monday so I'll ask then, or send an email if nobody is around.)

So we've been cautiously planning potential layouts etc. We'll prioritise our five year old's section (called K's bed below, he has two smaller square sections at the top of the plot), then the potatoes then the canes. Some stuff I have already sown in seed trays at home so can be transferred when they're bigger and hardened off (peas, sweet peas, sugar snap peas, runner beans (only just sown, not germinated yet)) When planning the layout I tried to put taller beds near the bottom and the lower beds near the top so a general view across the plot isn't obscured excessively - is this a reasonable idea or would you do things differently? We've picked stuff we like eating and growing for the most part, but have only ever grown veg in containers prior to this. Is there anything in particular you would avoid, or anything you think is missing? (I'm having a year off tomatoes. Maybe next year I can erect something to keep them covered and hold off blight. I really like sun gold but am not generally a tomato person, so if I can't grow them it's not worth the energy for me.)

Information about the plot:
It's on clay soil, some top soil in a few areas, others more compacted.
I'm not sure about light levels yet, it's nicely open so no additional shade from other sheds etc.
I'm really bad at working out the way it faces etc, I struggle with visual tasks. I've added a map with the direction of the slope marked.
It's 50x20 feet.
There's free wood chip and sources for free (possibly not rotted) manure and you can buy compost on site. Once I've been added to the what's app group I'll be able to ask more questions.
It's about a seven minute walk from my house, we have a car so can transport heavy stuff.

I think my current plan is: weed, ask about the rotavator, hopefully rotavate or if not dig over with well rotted manure and some fish, blood, bone and then get some plants/seeds in the ground. Is that reasonable or am I missing important steps?

We're directly in front of the community shed where everybody goes for a cuppa so I'm conscious we're very much going to be kept an eye on. There's one allotter I'm fairly pally with (my child and his grandchild are in the same class and we chat during pick up) so I will mine him for information, and everybody seems friendly.

I'd love to know your initial thoughts! Thank you. 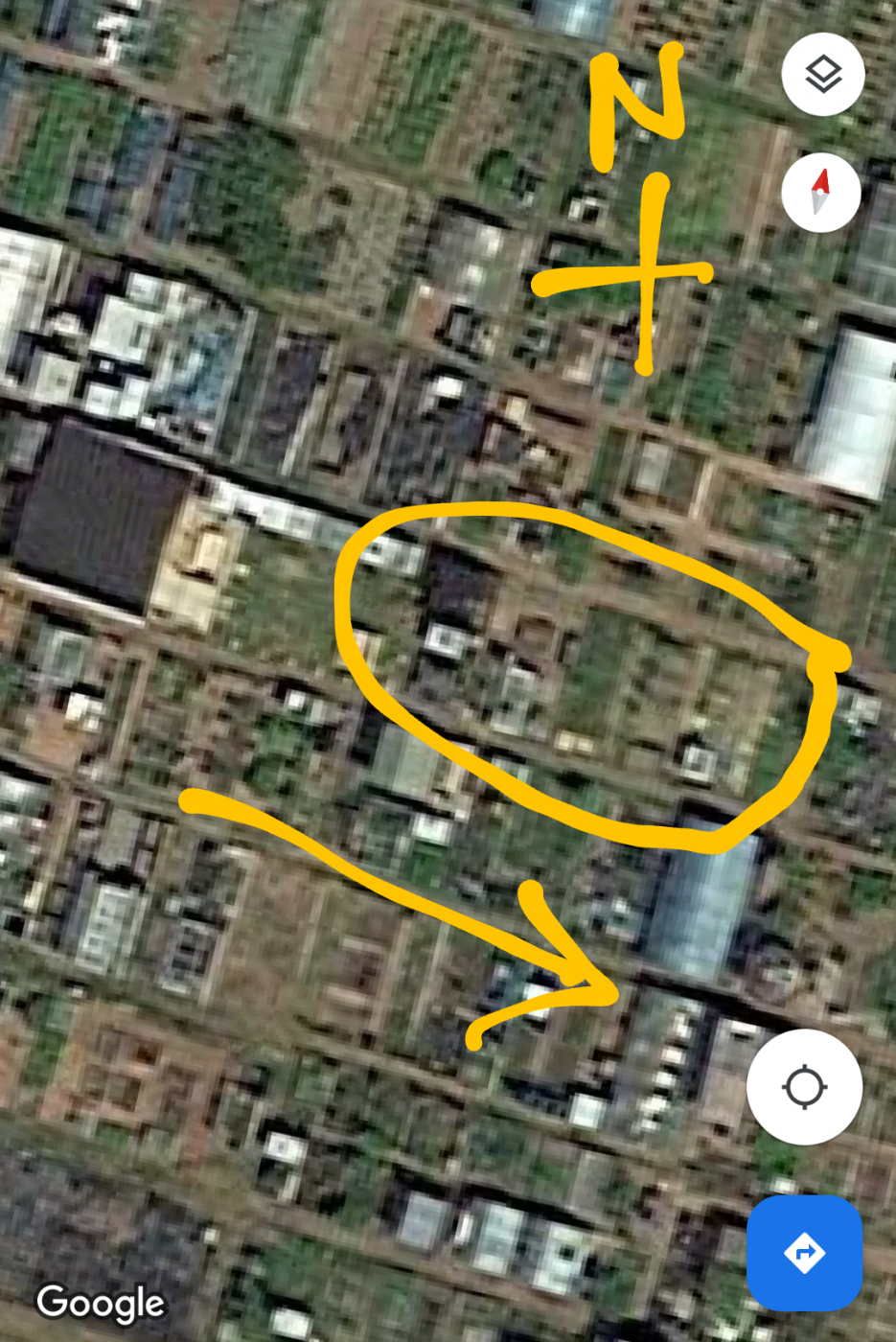 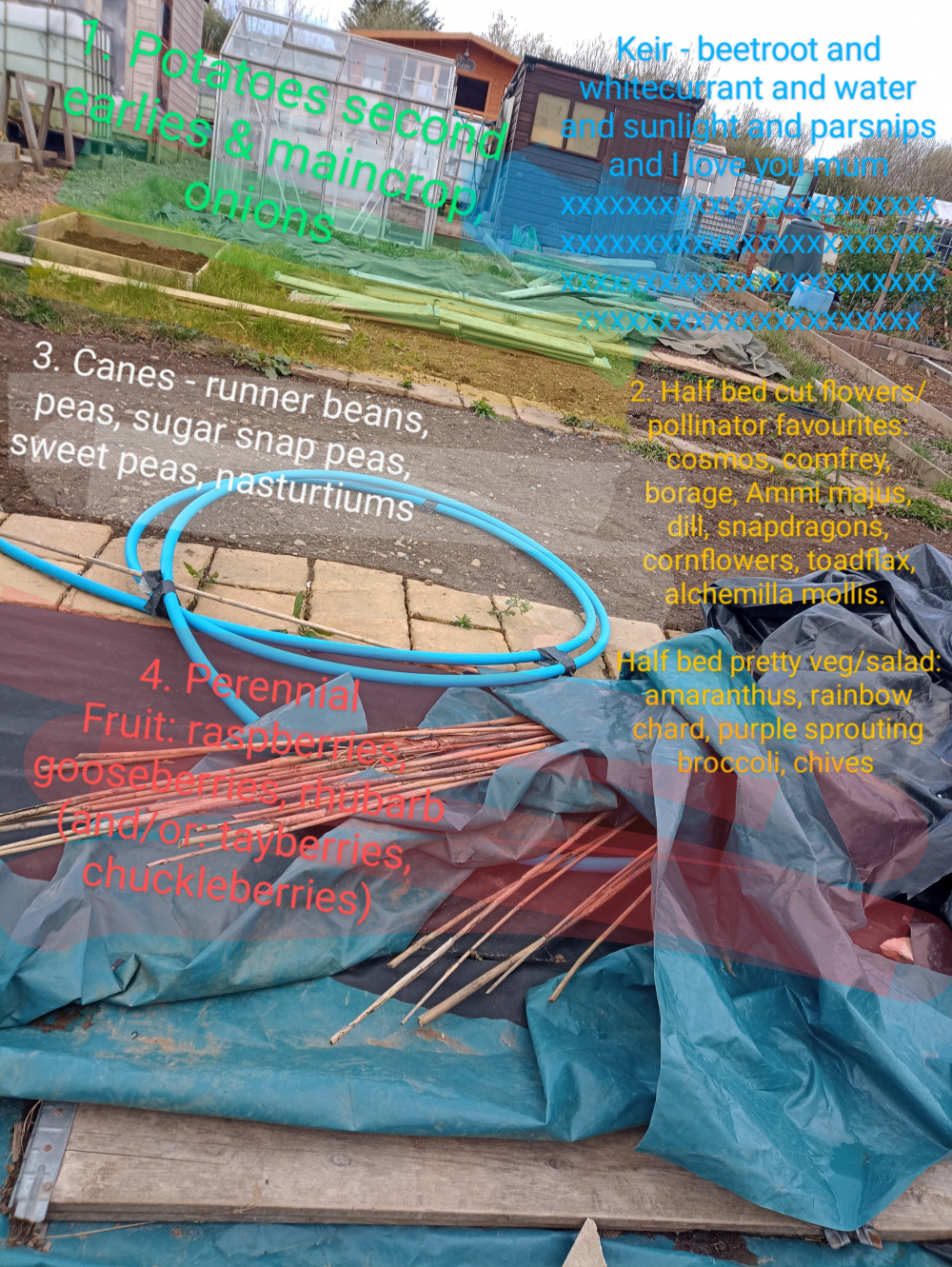 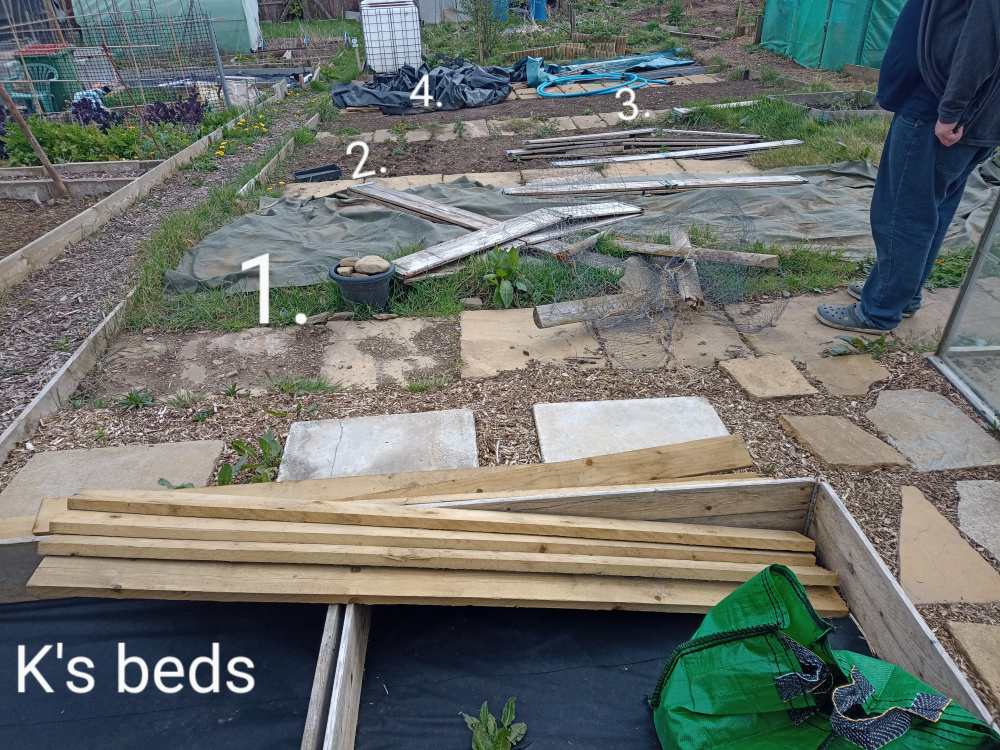