Will thalictrum tolerate a lot of shade? 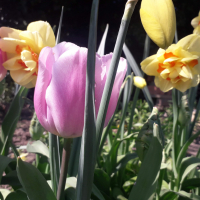 WhereAreMySecateurs Posts: 261
8 April in Plants
Have a Black Stockings here and am contemplating putting it somewhere where it would get 2 hours' sun tops. The Beth Chatto site includes some thalictra as shade plants but thought I'd check here