Grape hyacinth seeds - what to do with them? 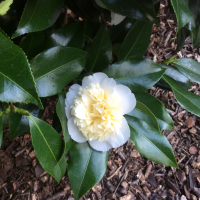 Ergates Devon, east of ExeterPosts: 1,492
6 April in Plants
I had a couple of pots of grape hyacinths, blue and white. The flowers have died down, but there are loads of seeds on them. I’m very happy to have more of these in the garden. Is there a fuss free way to plant them? Can I just stick them in the ground, or do they need proper cultivating. I shall be planting the original bulbs out soon.
0