I have three planters (80x17cm) which will sit on my North East facing front wall. The idea is to disguise the bikeshed which stands directly behind - see picture below. I'm on a small budget so looking inexpensive planting ideas that will give a bit of height to cover for the bike shed behind and work in a narrow planter.

We get good sun in the morning until about 11am but then it's shady all day.

Would much appreciate any suggestions! 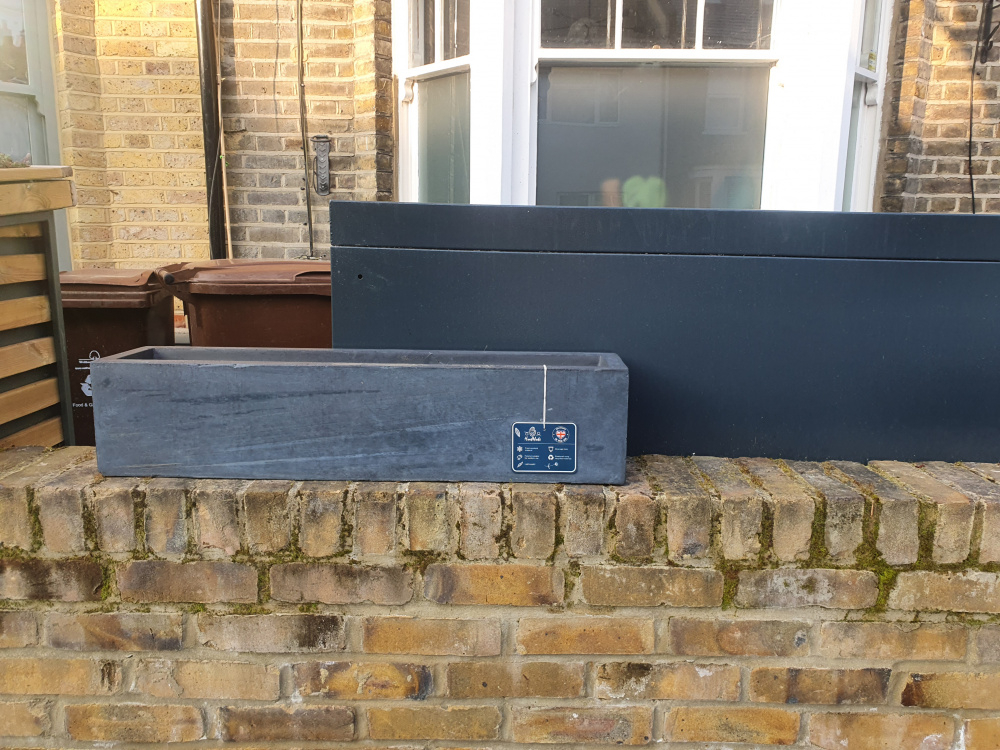