My small tree has collapsed. It was here before I moved in. I think it’s Grevillea Olympic Flame based on appearance and the fact that there are other Grevillea and a nursery that sells Australian plans nearby.

The cotoneaster in the rockery was covering everything so I pulled some out last Autumn to give the tree some base and a top of fresh soil and a feed. As you can see I’ve been rewarded with a great flush of flowers.

But the cotoneaster was clearly holding the slender trunks in place. Both have fallen over. I tried to tie them together for a temporary fix, but strong winds knocked them down.

I assume there’s no point trying to save it at this stage. I’m at a loss to know what I could even do. The back half has a long split in the truck so it will deteriorate.

I’m thinking of clearing the area and starting with something new – any recommendations?

It's very sunny in the morning/afternoon, on high-ish ground and can be windy. 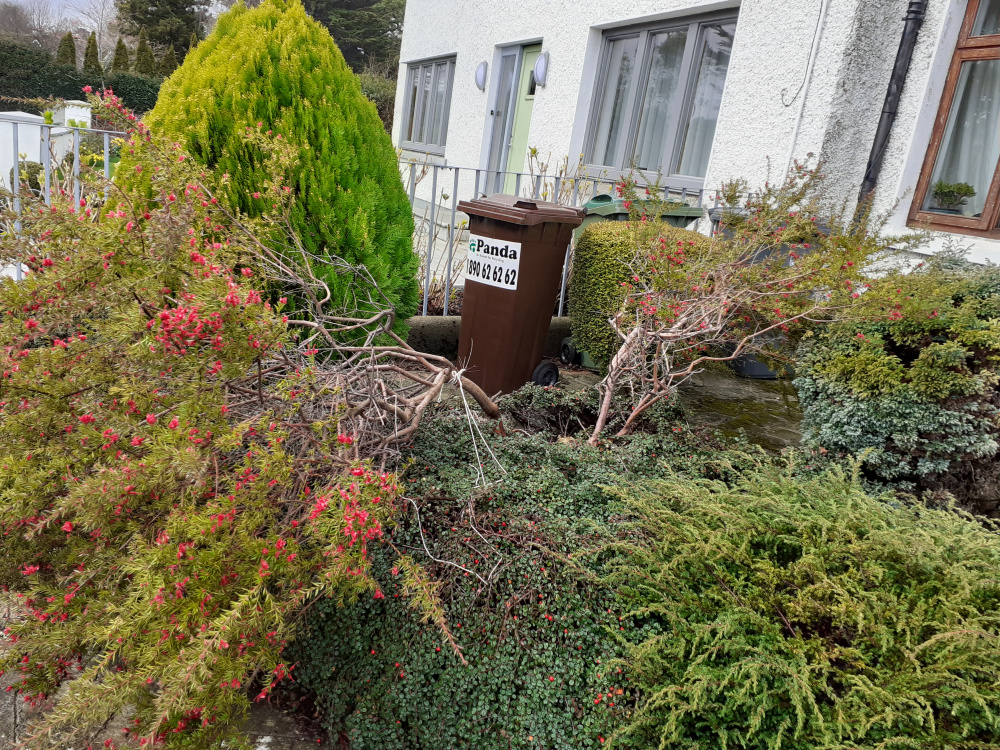