A blank space for a wild garden

We have a small garden in our North London flat. It's SSE facing, with a timber patio area (newly installed and can't be moved) and a raised grassy area.

We'd like to keep a patch of grass in the middle for kids, surrounded by lots of easy pollinators, maybe a bit of veg (I've grown a lot of veg before but want to prioritise plants and flowers now).

I'd like it to feel a bit wild, and for the borders between grass and plants to be quite blurred - maybe just by letting the grass grow wild in those areas?

I don't know much about plants and would love to some help finding some that would work well in this location. 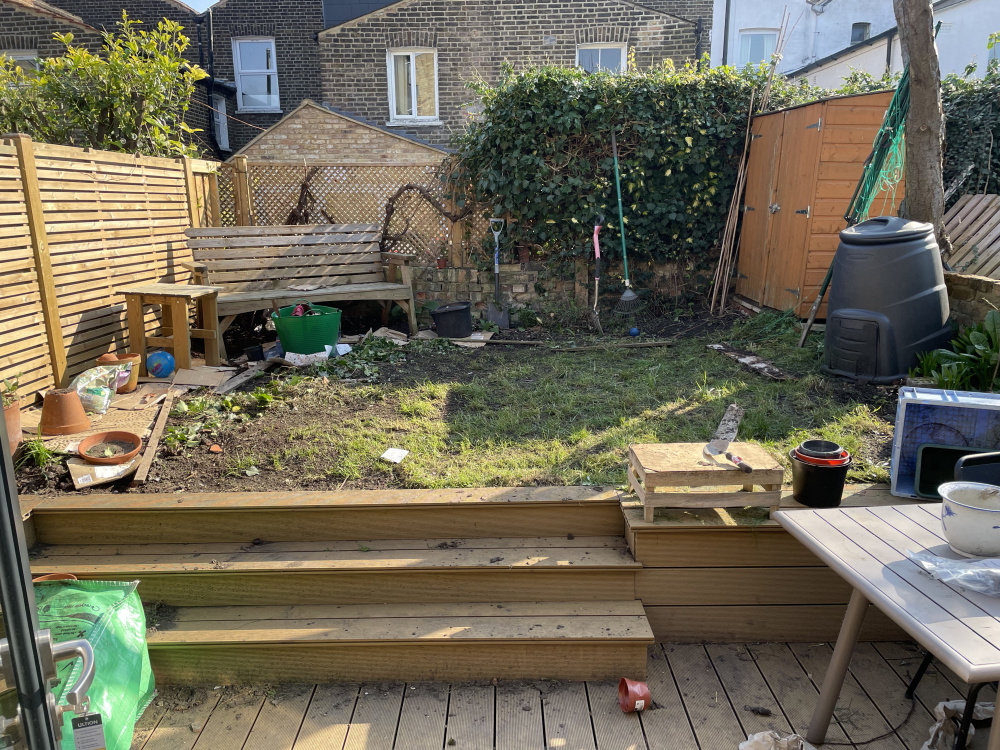 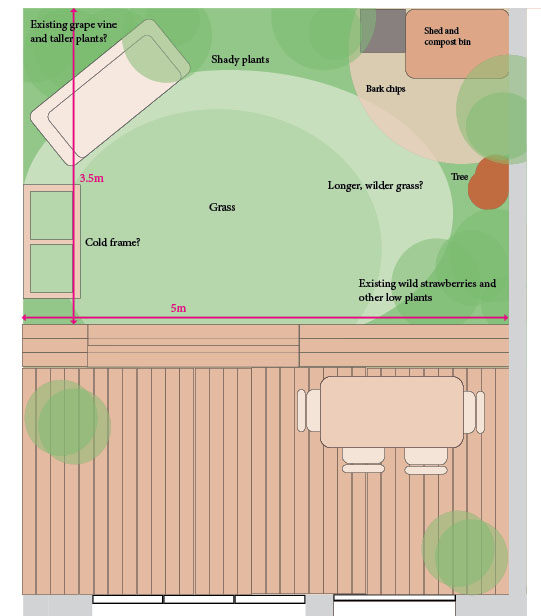