Shrub or small tree for shelter from the wind

puschkinia BrightonPosts: 200
March 2022 in Garden design
I'm looking for a shrub/small tree (somewhere in the circled spot) that can provide some shelter from wind in my front garden. It's south-facing and full sun so I thought I could plant whatever I wanted, but it seems it's a trickier spot than I realised: south-facing, full sun, completely exposed, very windy, shallow chalk soil (improved it lots by changing the topsoil + adding a little extra depth).

A neighbour with an almost identical house & front garden has a beautiful californian lilac (not sure which cultivar) so in Autumn I planted one too - a snow flurry - despite RHS saying it's not good for exposed places. Unfortunately it's dying so that was a mistake. I don't know whether Eunice killed it or it was never going to survive.

Does anyone have something they can recommend? Something that can withstand the wind and protect the rest of the plants a bit, but also look nice

. I'm happy to be flexible, but ideally it would:
1. be fragrant
2. have year-round interest
3. could be crown-lifted or shaped as a small tree to make it look a little prettier

Other plants I've got so far are a young peach tree, mexican fleabane (can move them if needs be) and lady of shallot (in a container, which currently is in a bizarre spot but will move). I'll be planting thunbergia alata & verbena bonariensis there later in the year. Ideally the shrub would match those at least a bit.

There's a height restriction in my garden, so I'd need to keep it at around 2-3m max

I've scoured the RHS database for ages but haven't found anything. I was thinking perhaps a shrubby honeysuckle, but I'm not sure whether the site would be too hot & exposed for them. I love hawthorns but I think it'd get too big. Maybe a lavatera? V. tinus seems to grow well around here but I'm a bit (perhaps unnecessarily) scared of viburnum beetle - a stink is not the fragrance I was looking for 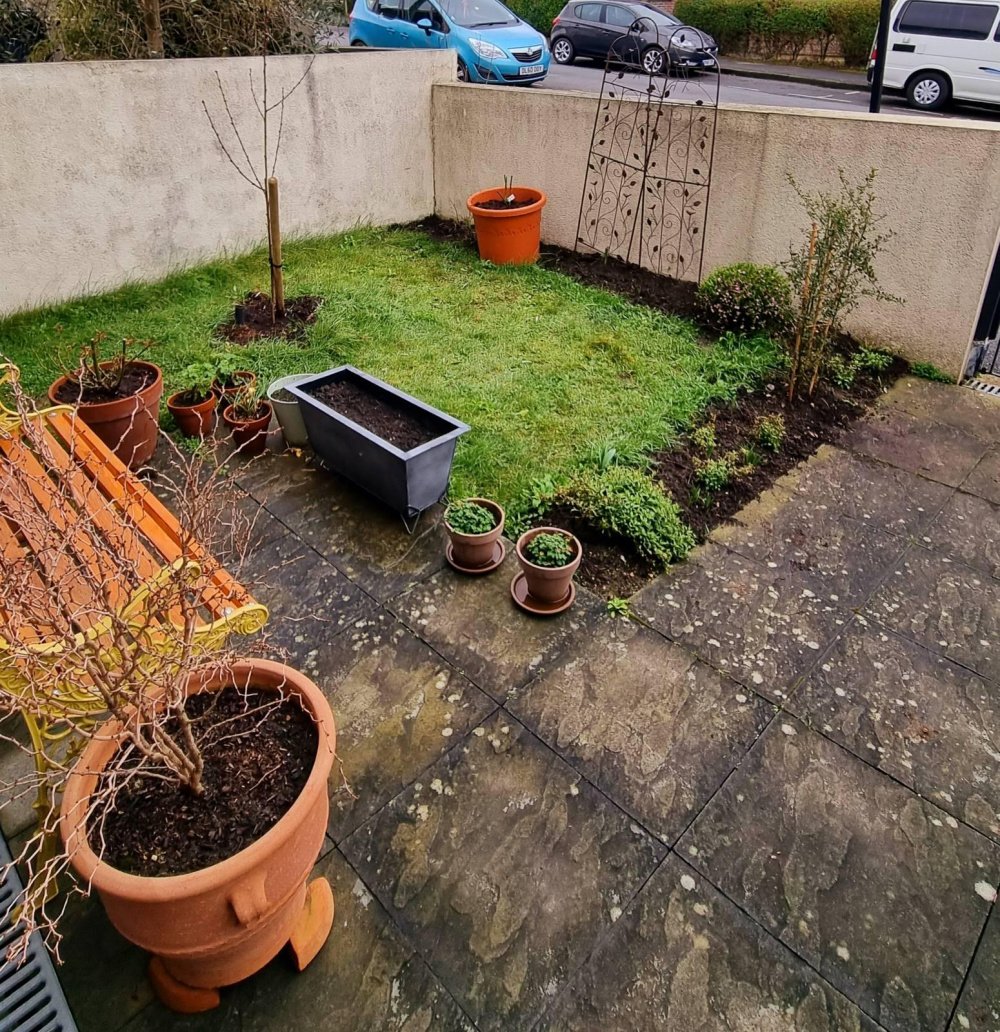 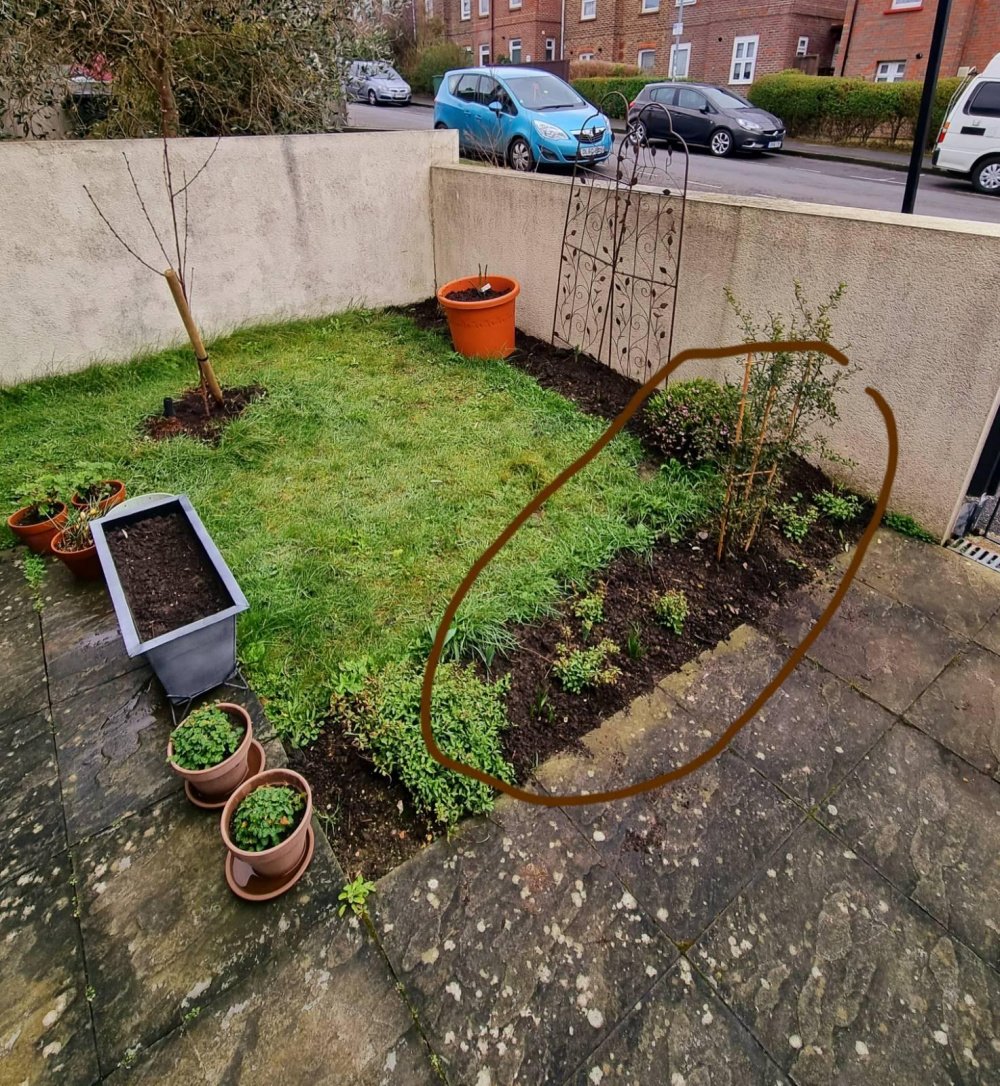