keenbutconfused Posts: 6
26 February in Garden design
Hi there, I'm looking for suggestions to improve a bare patch of garden, hide the compost bin and dissuade the dog from always running full tilt in a straight line. You'll see what I mean from the pic! We're finally free of climbing frames and trampolines which makes me very happy :-).  I'm in a very damp Glasgow so it's looking quite sad at the moment. I'm considering one or a cluster of evergreen shrubs and they'll just sit just under the edge of my ancient apple tree. Acid clay soil that gets horrendously wet in winter - it's the bottom of a north facing garden so wall to wall sun for half the year and no sun for the rest. Not keen on a Rhoddy and the bit out of shot is full of pieris already. Any ideas of what might thrive? I have no eye for design. Maybe a viburnum or something? Thank you! 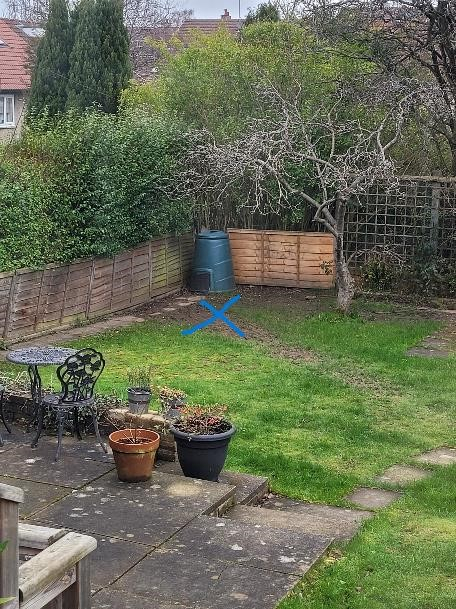