I’m in the process of putting up a garden building near the site of an old pond.

The chap we bought the house off had apparently just piled all the soil from the pond up against the garden walls with no accounting for drainage. As a result the mortar has completely blown.

I won’t be able to see these walls but I’d like to do a proper job of repairing them so they don’t come down and cause damage. Both our rear and side neighbours have put fences up on their side however there’s some kind of vine growing over the back and down the sides including through the rear fence and through weak points in the mortar. From what I can tell it looks absolutely fine on their side but it’s packing itself in between their fence and our wall and essentially pushing it down. A lot of it seems to be old growth or dead but some parts are green when I cut it. I don’t remember it being in leaf when I viewed the house in mid summer last year.
What am I within my rights to do here? I’m cutting it back but where it’s between the wall and fence it’s still technically on the neighbours side even though it is only really causing immediate problems for us. It seems to be trained up a trellis so I would assume it’s ornamental and not something nasty. I wouldn’t be surprised if it’s holding their fence together though if it’s completely covering their side.
I don’t know the rear neighbours but I understand they’ve recently sold their house so I can’t imagine they’ll care either way.
I’ll attach photos but unsure if that will help for identification. 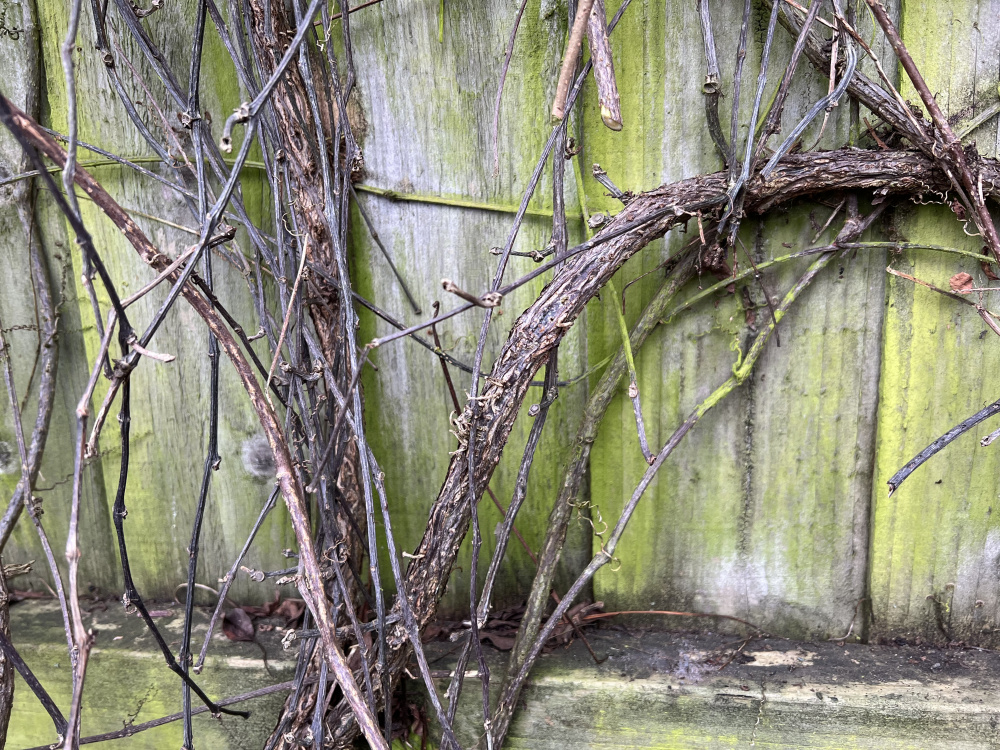 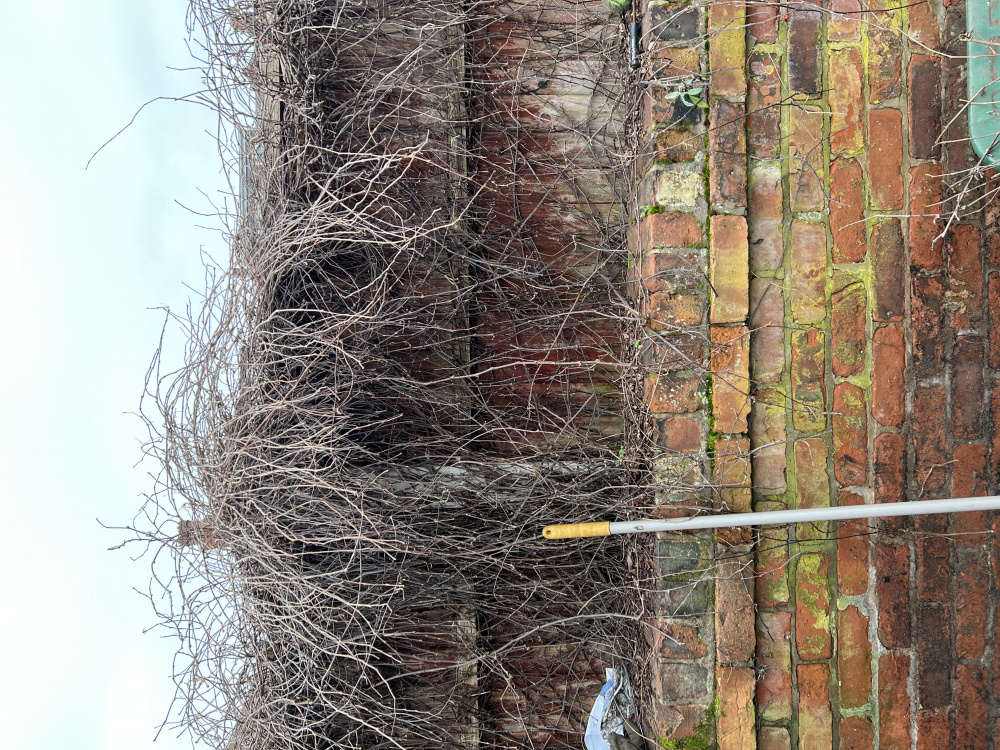