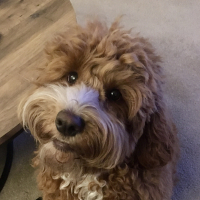 grainnebowe Posts: 4
5 January in Plants
Hi everyone. I’ve moved into a new house and there is an ornamental cherry tree that has been planted in a shady area. As a result it’s growth has been poor. I want to relocate it to an area where it will get full sun. I’m wondering when is best to move it. It’s a Prunus incisa ‘Kojo-No-Mai’ for reference. Any help will be gratefully received.
0