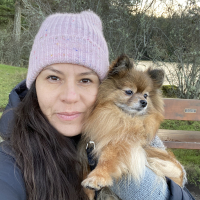 mandystarr Gulf Islands, BC, Canada zone9aPosts: 17
December 2021 in Problem solving
Hello! I’m in the pacific north west in Canada, Zone 9a. I’m looking for suggestions as to winter care for my Melianthus major (which is a new-ish addition to my garden this past summer).