I'm new to gardening so apologies if this is a silly question!

I recently planted a climbing rose (Meg) by some trellis, but I'm a bit lost as to how to train it. The branches aren't growing towards the trellis, so from what I understand I need to gently bend them towards the trellis and tie in. The problem is that the plant isn't tall enough to reach the trellis yet (I've attached a photo to show what I mean). Does anyone have advice on what to do?

ps. I feel the rose looks pretty miserable too. I'd planted it wrong - the bud union was above-ground - so I re-planted it yesterday. Hopefully it'll perk up a bit. 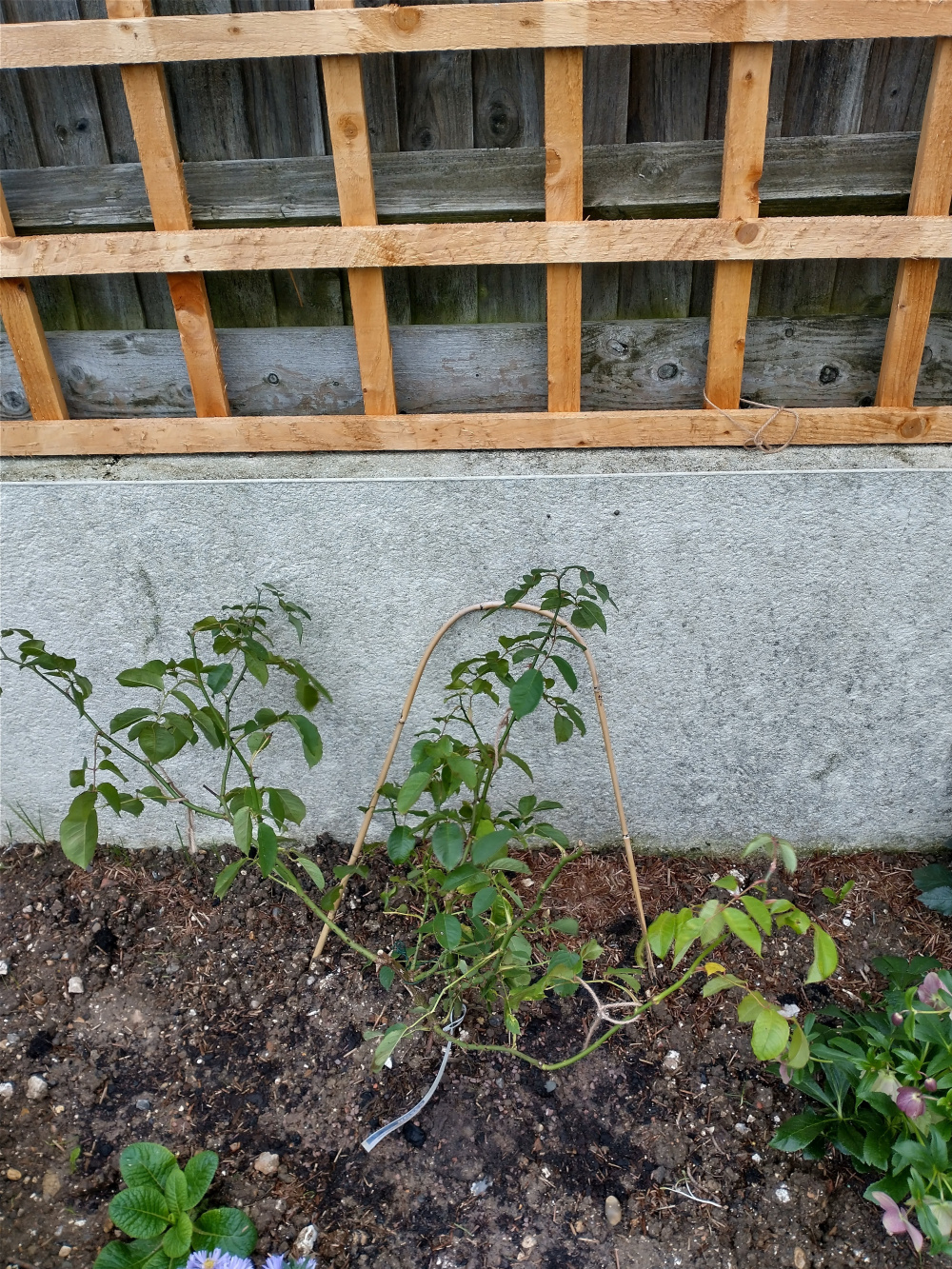