Crab apple hedge quandry: the Lady and the Runt

Fire North LondonPosts: 15,558
October 2021 in Fruit & veg
Two years ago I took out a lonicera nitida from my established front garden hedging as it wasn't doing much. I wanted to replace it with something that offered more to wildlife, so chose decided on Malus sylvestris. In retrospect it was a daft choice as a) the site is pretty shady for much of the time b) the spot is booked ended by a mature holly on one side and beech hedging on the other so it's very dry and full of competition c) there is full leaf drop in autumn so it doesn't make a good screen to the neighbours or half the year. But still. There is very little blossom or even flower on the street, so it seemed like a good idea at the time (SLAGIAT).
I was advised to plant three whips, given the space, and that's what I did.  It turns out they are not sylvestris but some kind of pink cultivar. One died fairly promptly. One has done ok and one is a Runt. Unsurprisingly. The Runt is about half the size of the Lady and isn't thriving. Both are entirely beset by aphids, leaf miners, mildew and some kind of rust-type fungus, despite my best feeding and watering efforts. I make sure they don't dry out. Neither have flowered yet. I would imagine this is partly to do with it being such a tight and tricky spot.
I'm wondering if I should cut my losses and take out the runt and give the existing resources to the Lady, so she can do better with the space, light, water etc. I also wonder if I should just let the Lady grow into a tree instead of restricting the growth. There is space for a tree. It would block more of my light on the beds, but it's shady a lot of the time anyway. Should I feed up the runt and be more patient for it to grow as the trees are fairly new in, I wonder.
To be frank, I'm fairly amazed they survived at all, given the spot. So yeay for that.
@Mr. Vine Eye 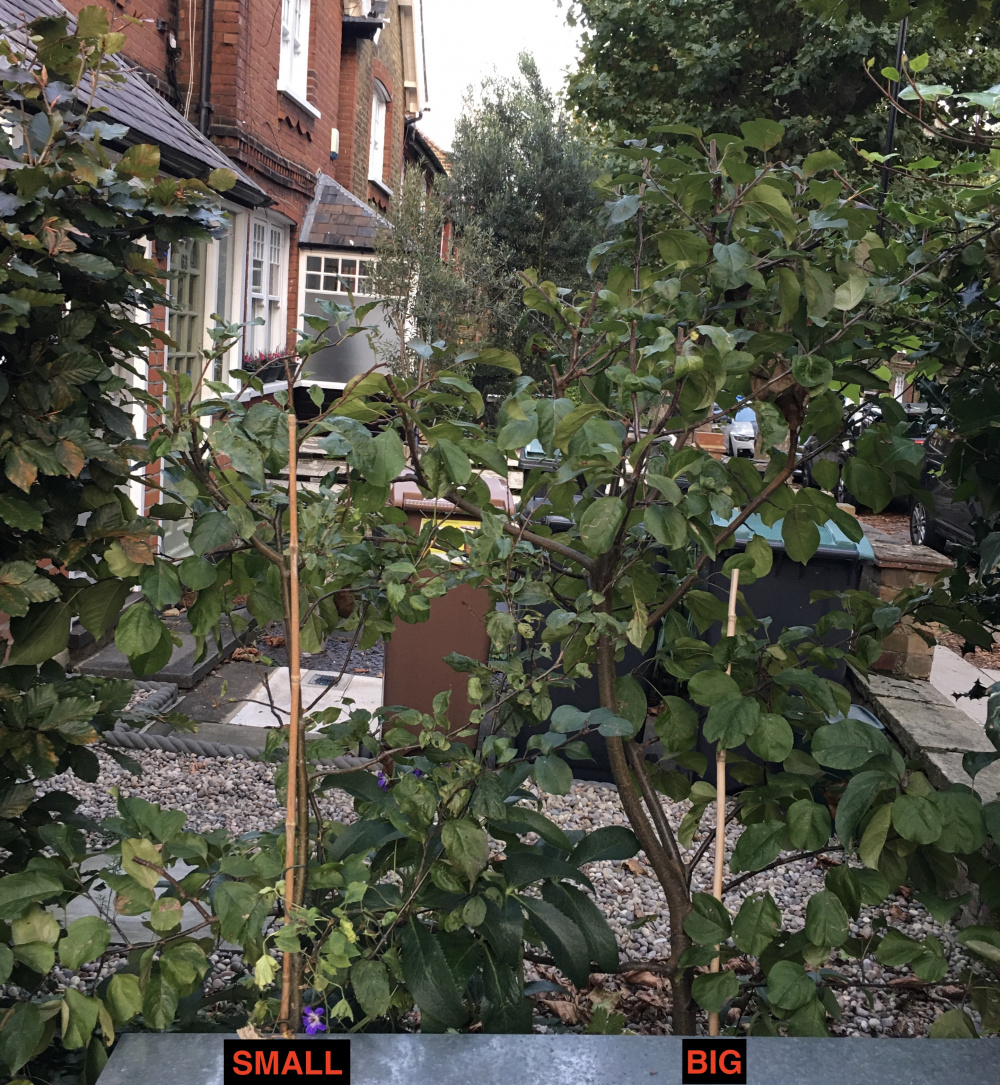 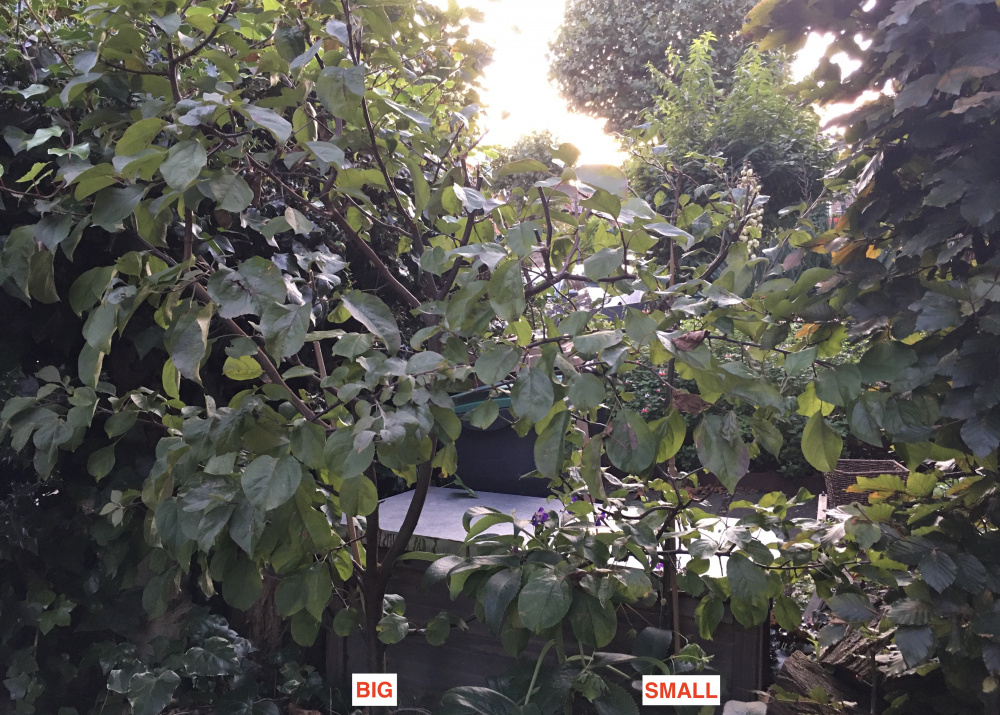