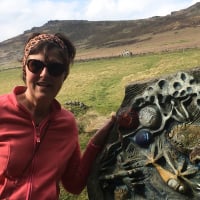 sally smith Posts: 51
September 2021 in Problem solving
when is the best time of year to prune my magnolia and any tips on how to prune?
0