martinquartz Posts: 4
September 2021 in Problem solving
Hi to all.
Hope someone can let me know just what is wrong with the leaves on this small Lilac plant. I purchased this as a Lilac (Syringa) x chinensis Saugeana, 9cm plant, during late summer 2020. Repotted it early spring, and it put on normal growth for the next few months. It was probably early June when I noticed small brown spots appearing on one or two leaves. Not expecting too much of an issue, I just removed the problem leaves. However within a few weeks, practically all leaves were showing the same brown spots, and a few leaves were beginning to turn brown completely
So I decided to cut back the plant entirely. It only had 2 main branches at this stage so I cut back to about 8 to 10 inches.This I did early July. I did think that I was probably cutting too low, but within a few weeks, new growth appeared and the Lilac was like a new plant
All good healthy growth on multiple branches and I thought problem solved. But fast forward to start of September and once again, the brown spots have returned. And it is quickly spreading to several leaves once again
No other plants that I have growing have been affected. So I am wondering if this is an issue particular to Lilacs, and should I just bin this plant.
ps.  The pics you see are the current growth and leaf problems. 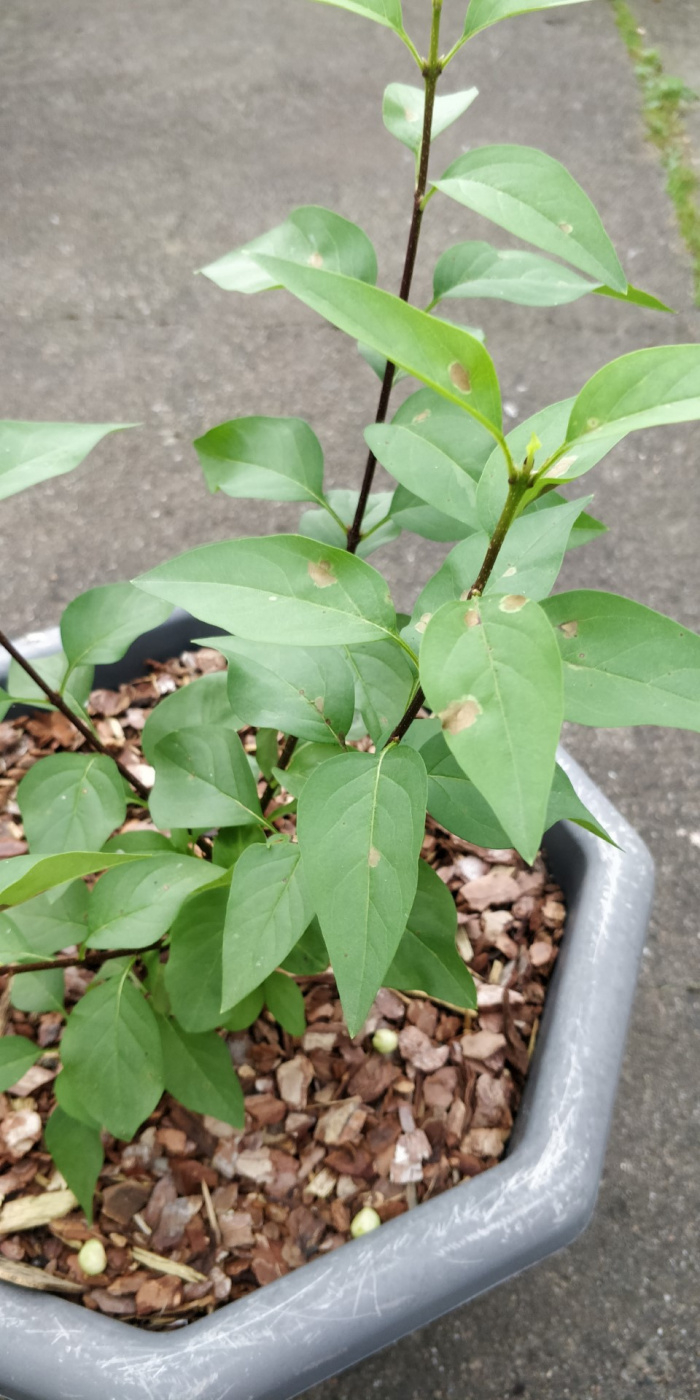 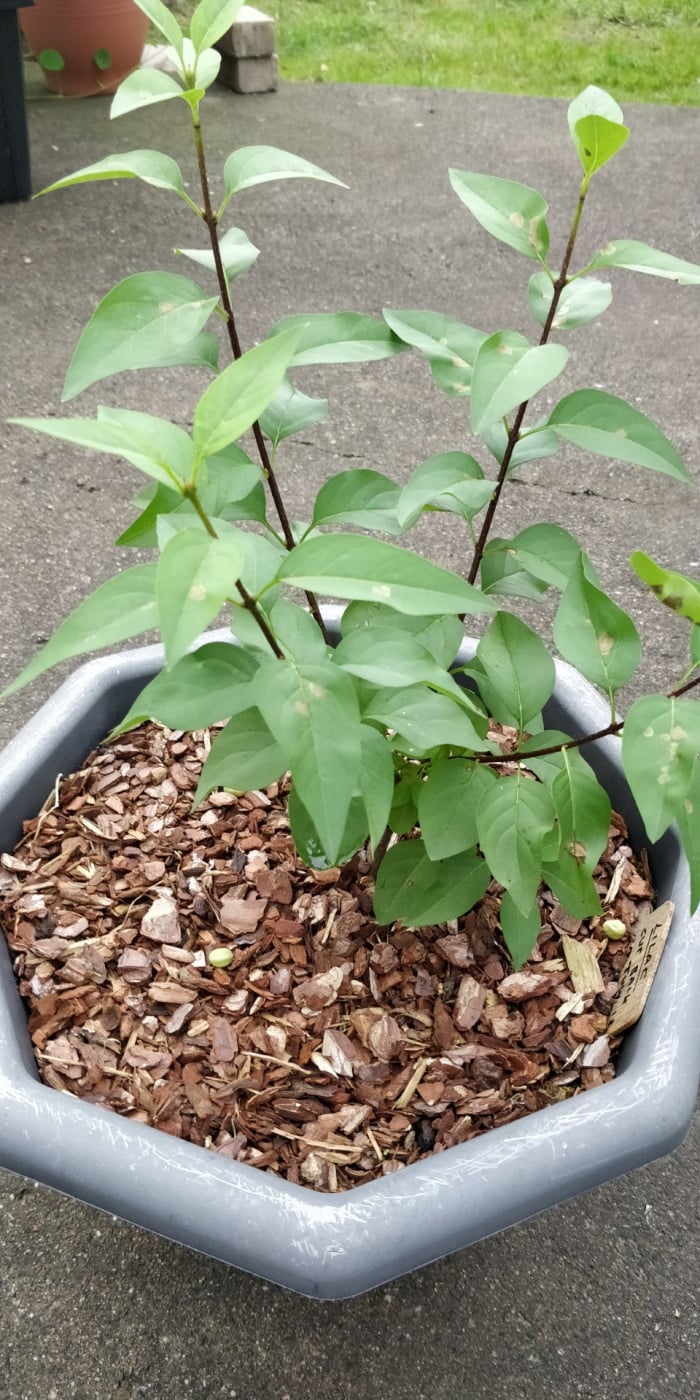 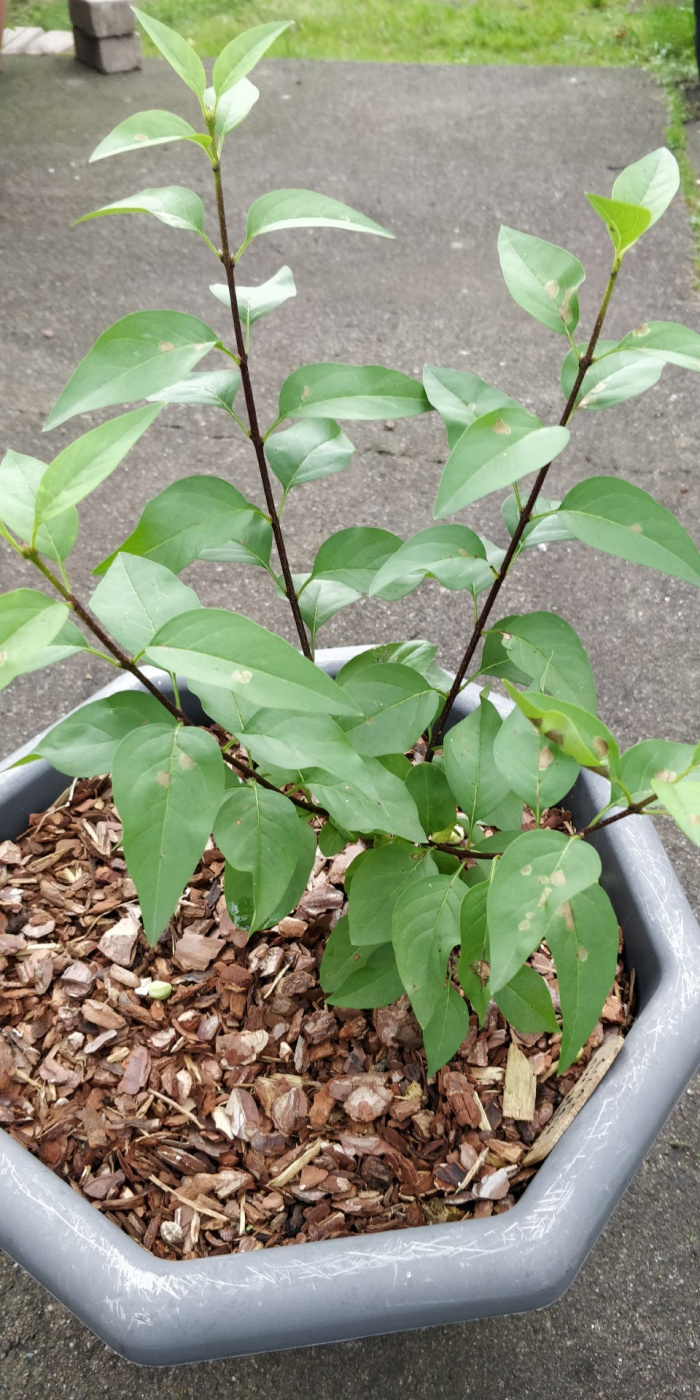