My cactus is turning black and pale

I inherited a cactus that's over 25 years old from my deceased mother and I am watering it lightly once a week. Today I noticed discoloration on various parts of the plant. Can anyone please provide some insight into what's wrong with the plant and how to save it? 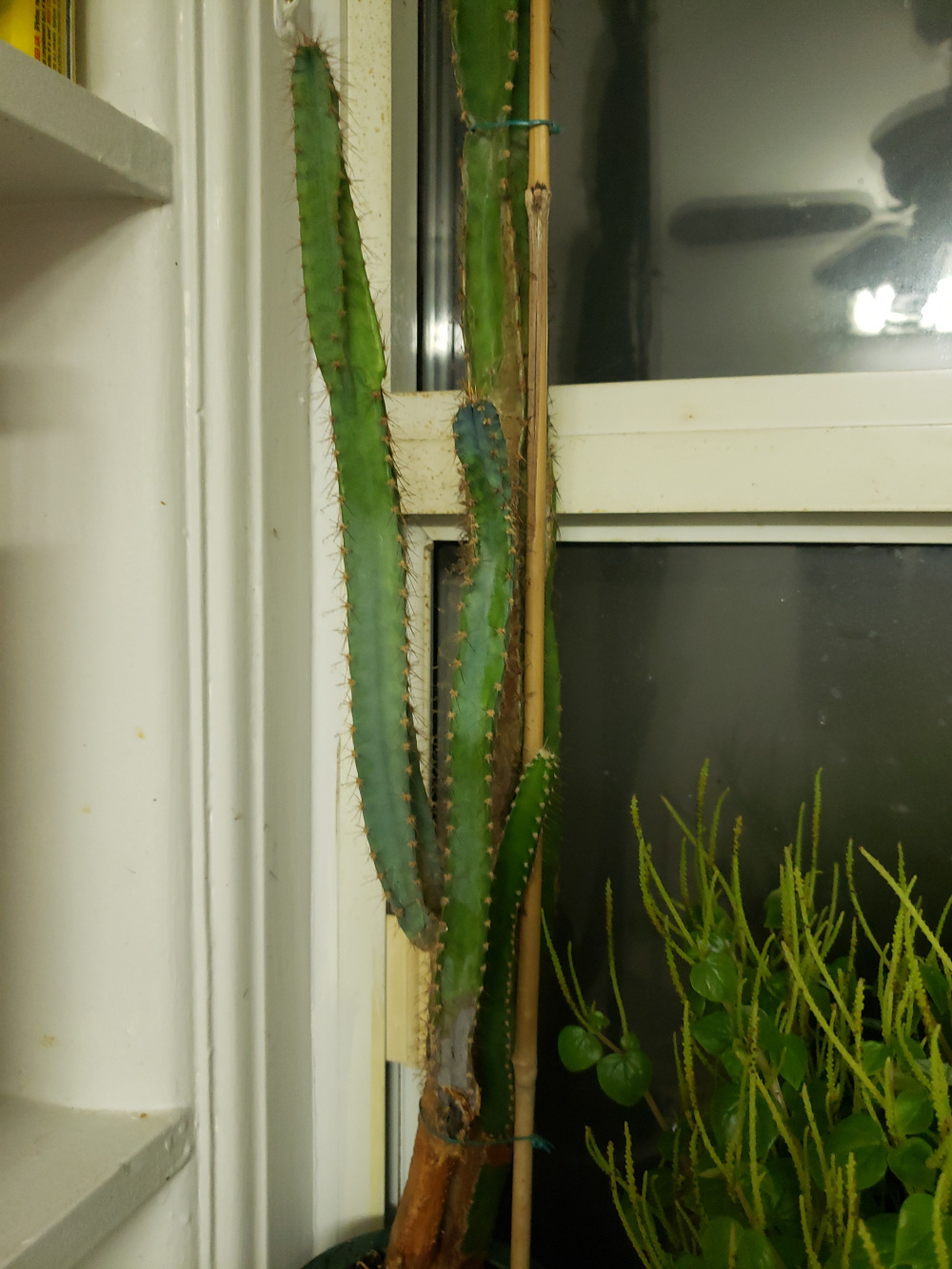