How did you cope with really cold winters in the past 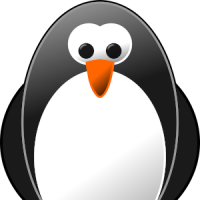 I would be grateful for any advice how you coped in the past with really cold winters and what you learned from these winters and did better the next time. Did your garden literally die under the frost and snow?

We are overdue with a really cold winter that will break "bone and stone" as we call it in Germany, and I expect to happen that in the next weeks. The German weather service also expects a long lasting "beast from the east" starting in November for at least 8 weeks if not longer. In my (Berlin) experience, if the cold starts in November, then it will end in April.
When the Polar vortex broke in December 2020, the forecast says that if that happened, then in 18 out of 20 years, the Polar vortex broke in the second year too.

What I love with my garden is that I get a chance to study the plants. I keep records of what happened when and try to figure out what nature tells me. My first assumption to take neighbour's cherry tree as signal for a pattern doesn't seem to be reliable. The blossoms came out in April, March, April, March, and I thought this is how it works, but then in 2020, they came out in February which was unusual. We had this strange weather pattern in February/March 2020 when a storm with rain turned up just Fridays afternoon and ended  Sundays late afternoon with the sun out again. That pattern repeated several times since then.
Last year, my gladioli flowered the first time in late October up to the end of November. Normally, they start to show up at the beginning of August. My niece in Berlin wrote to me that also her gladioli came out exceptional in November. With our cold winter extension April/May this year, I now wonder if the gladioli told me in November last year that the winter will end 7 months later. And as I already mentioned in April here in the forum, my tomato seeds told me in February that's not going to work this year. They never needed 14 days to show up and half of them even didn't make it.

I have taken out the tree fern and Acer and have them now in barrel pots so that I can take them into the house to protect them. Despite best attempts, the tree fern died with the April/May frost, but there are 5 new leaves coming on the side. The Acer lost all its leaves and partly froze, but it has come back.

Did you cover plants like Salvia, Echinacea, Hot Poker in these cold winters? I bought some plants like Caryopteris, Euphobia, Linaria Purpurea, Deutzia, a Hebe.

You can see what I'm driving at. I'm not talking about the usual -4 degrees Celsius here in the South of England for 2 weeks and that's all, but I'm talking about a real breaker.

If you are wondering why the avatar is a penguin, yes, I'm a Linux user.