JoeX Posts: 1,729
September 2021 in Problem solving
Okay, maybe a little dramatic and all my other cotoneaster are fine but this one is the largest and has been a source of joy for myself and the bees every year as it “lights up” with the buzz of hundreds of the blighters reassuring me that my garden does some good for the world

I have basically done nothing with this bush for fifteen years, I started trimming it about five years ago and I usually mulch it in winter now.  This year I’ve left the garden to itself and the usual bindweed got more out of control than usual.

At the end of july I stripped off the bindweed and noticed that a lot of the leaves were browning or brown, by august it looked like it was in autumn mode, and now in september it’s like winter started early for about 70% of it: 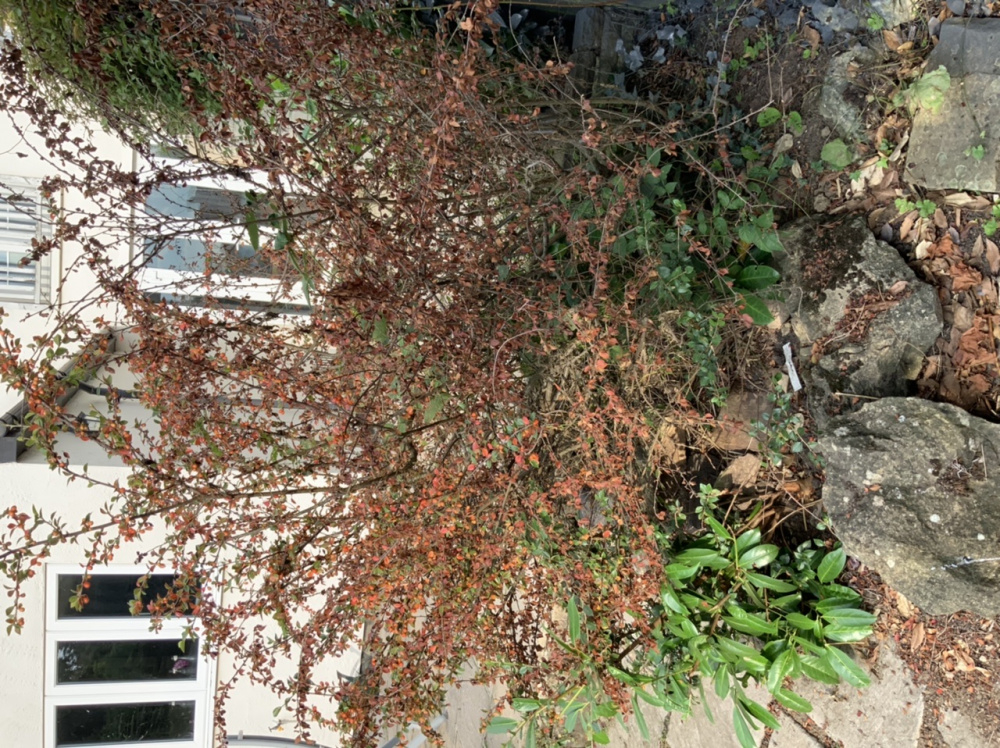 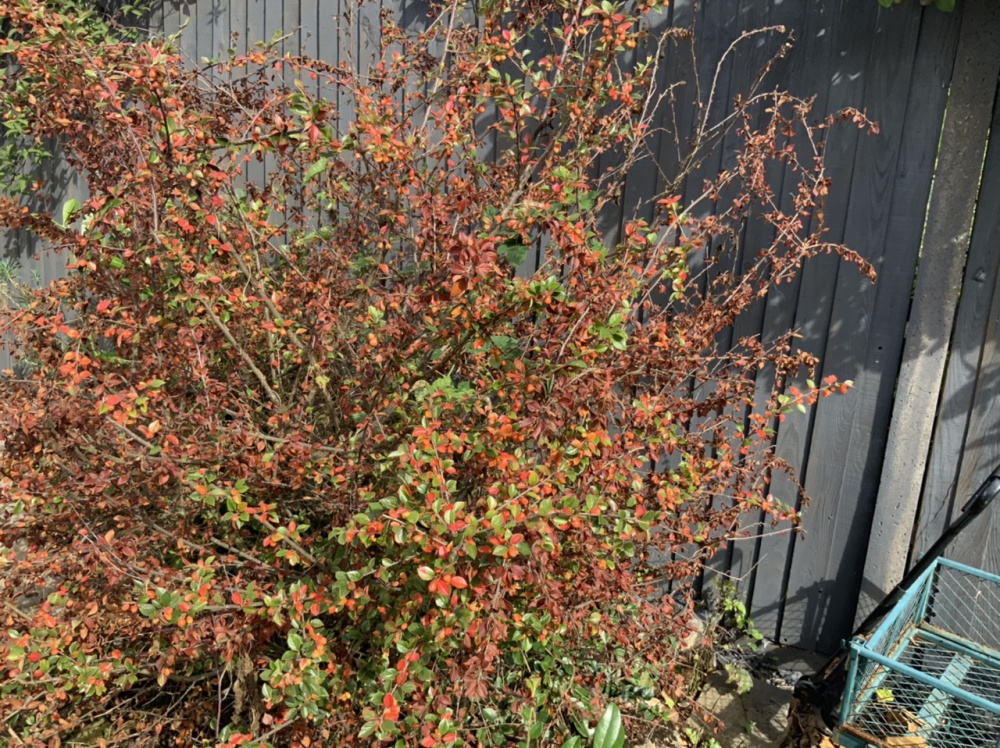 So given it’s awful state I decided to do some long overdue clearing out, no risk as it could be dying anyway: 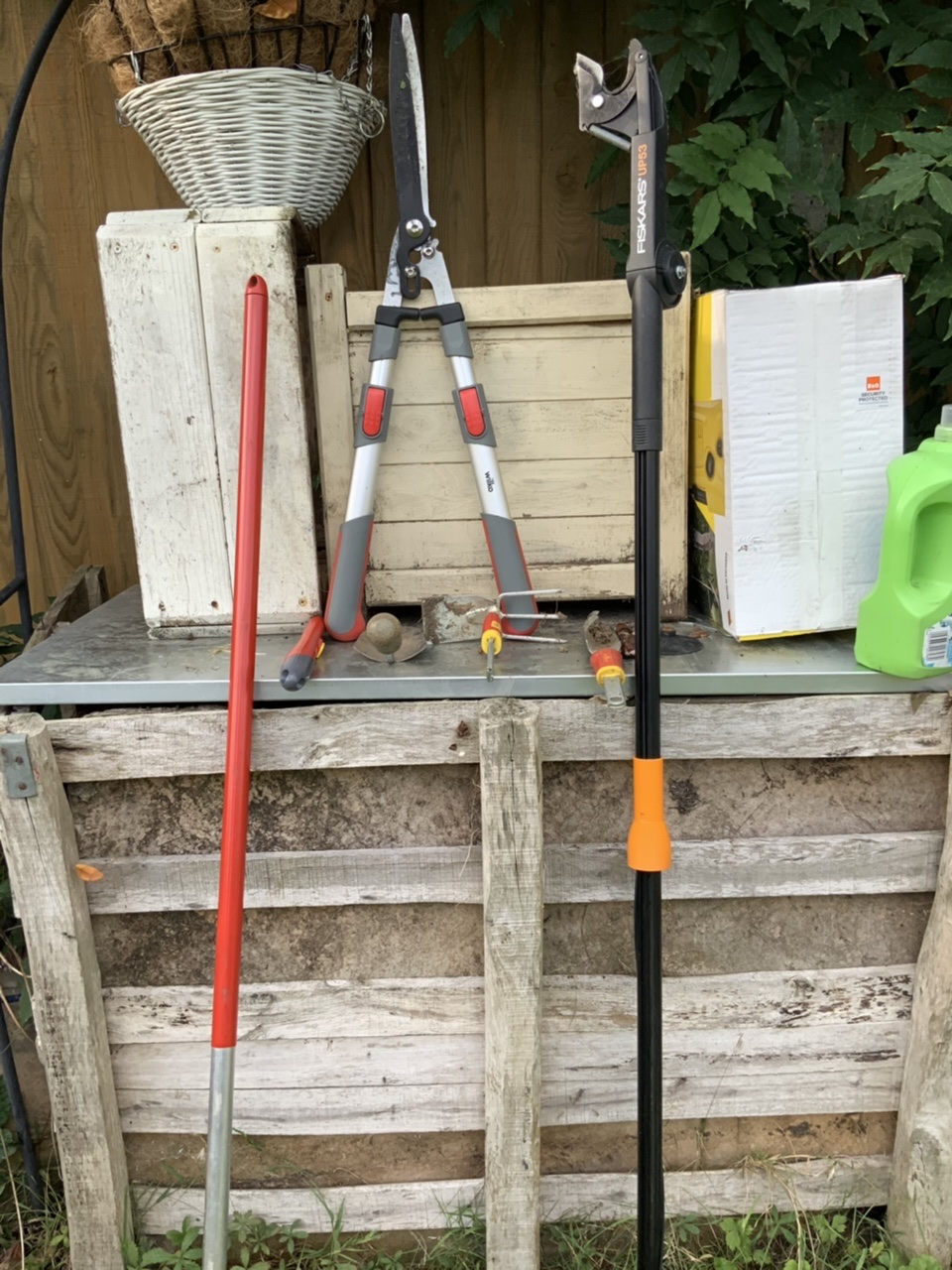 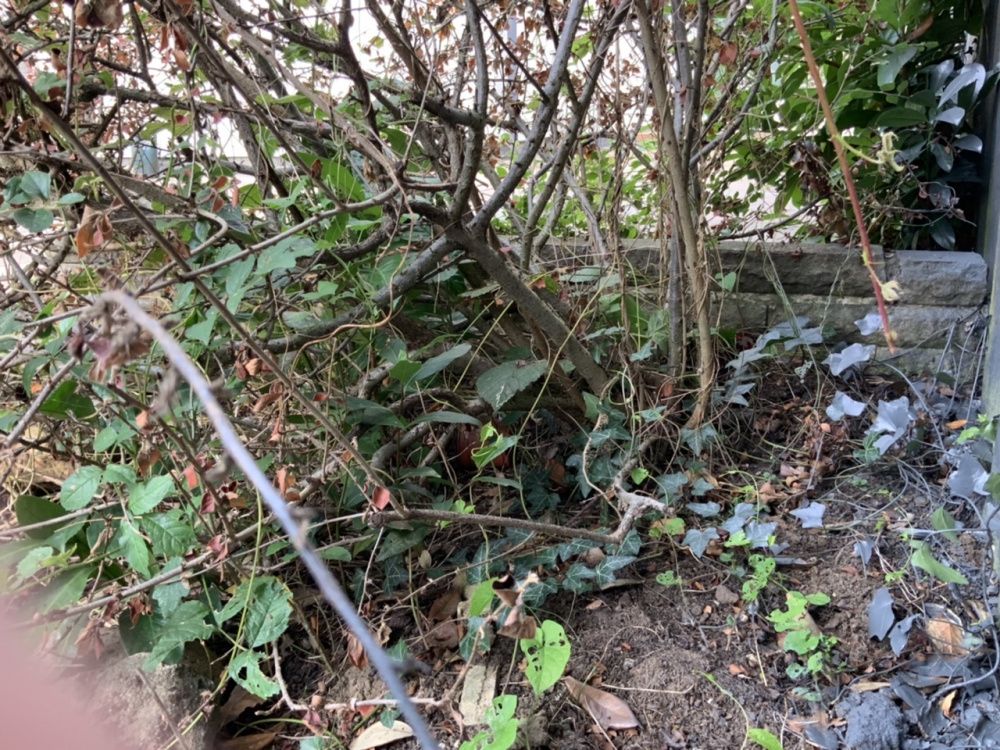 A *lot* of bindweed tubers have come out, some ivy and *seven* cherry laurels! I’ve also moved all the stones/rocks and discovered the true shape of the bed 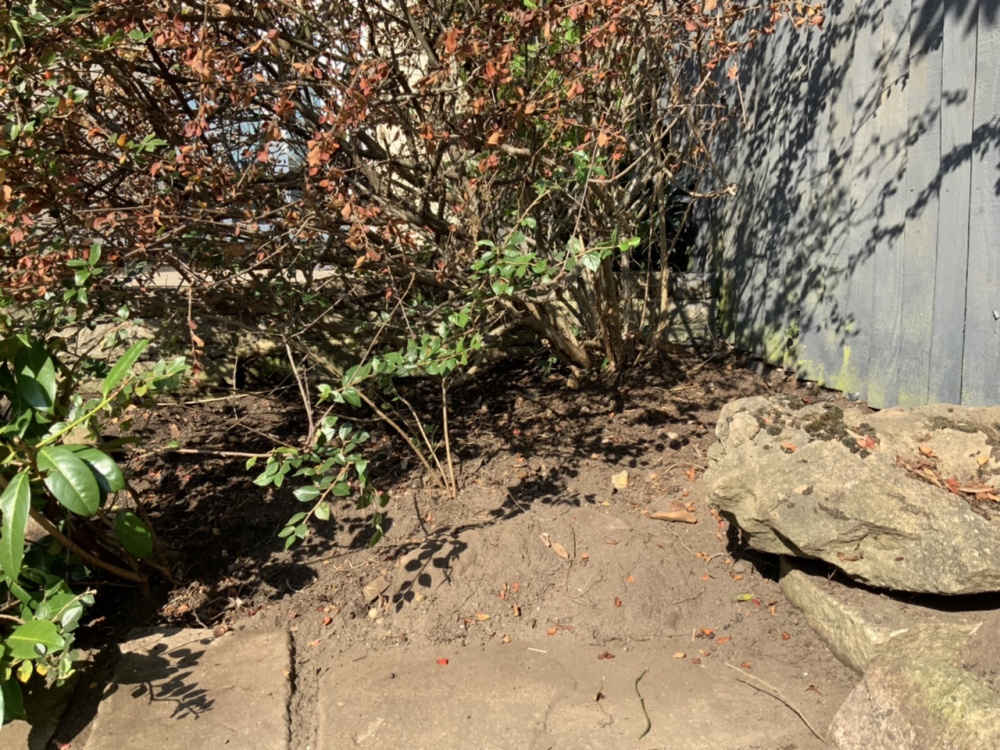 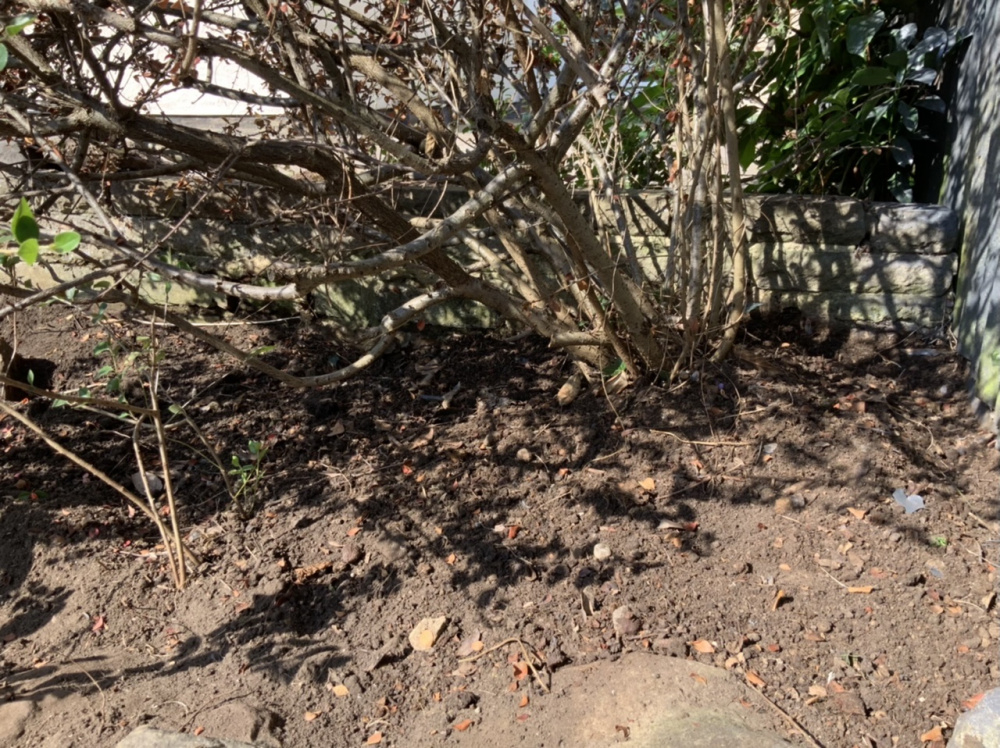 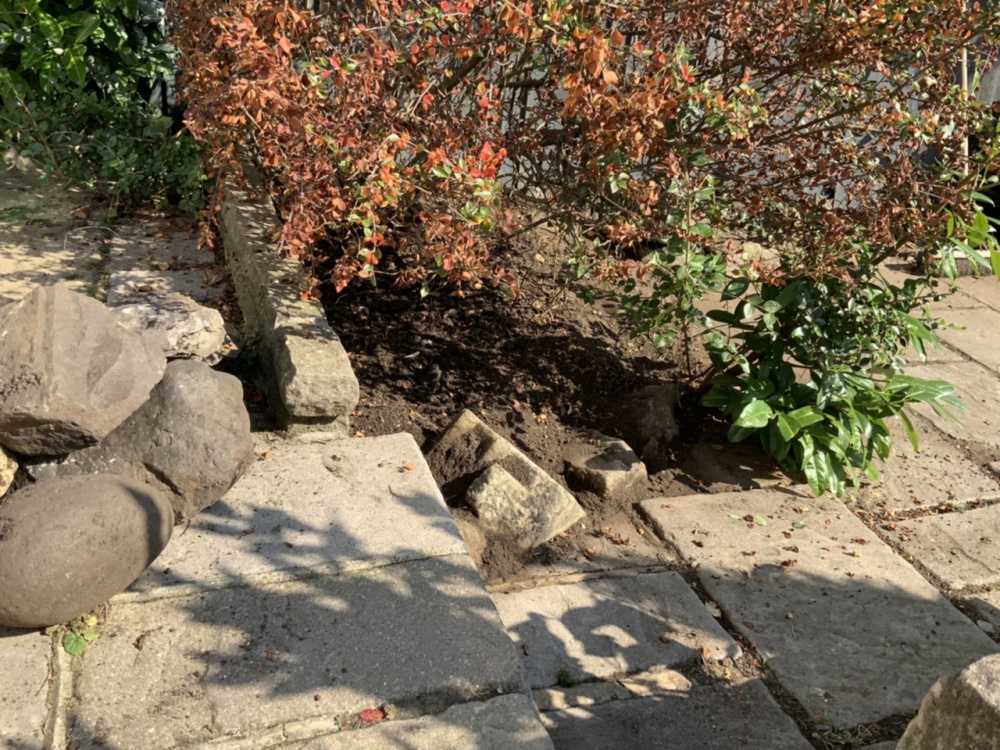 Two hours of crawling around with safety goggles on poking and scrabbling around.  The good news is that there are tonnes of worms in there so I reckon the soil is good.