When do gladioli grow leaves if left in the ground? 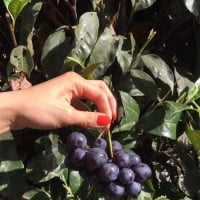 However don't know when the gladiolus leaves will grow out if left them in the ground. Could anyone please advise?
0
«12»