me again with another issue

We’re having issues with spiders and webs everywhere in the garden and on the patio. Everywhere!

i removed most of them a week ago, and they’re back. More than before!

i know spiders are good etc, but i’d like to reduce the number of webs and spiders everywhere! Like, i’m ok with some, but they’re everywhere you go or sit.

I suspect it’s because of the huge trees and the ivy we’ve got. See pic: 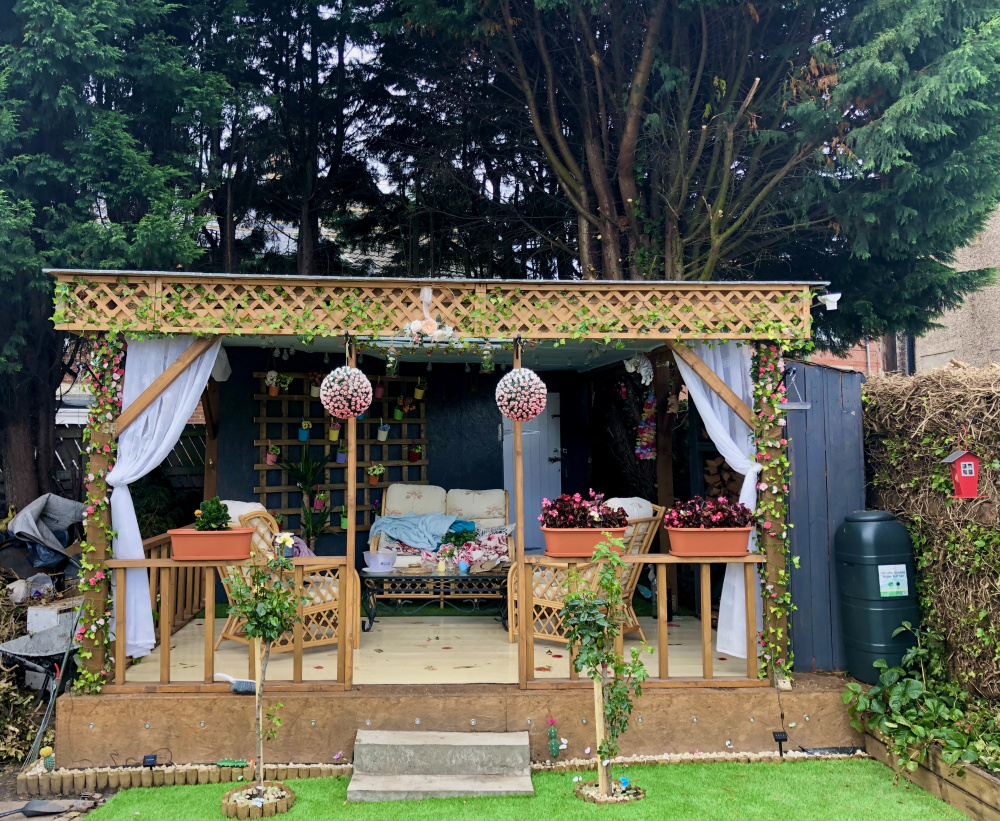 Lots of places for the crawlies. Lots of them on the decking and patio, too!

I was thinking of removing them at some point, but I kinda like all the birds nesting in there. So maybe targeting the spider population alone would be a better idea.

not to mention that these tiny crawlers grow into monstrous ‘tarantulas’ that are making me miserable. Found a couple of them in the house and I couldn’t sleep well for a couple of nights afterwards 😭