All about iris and freesia bulbs 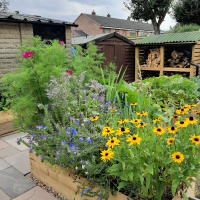 Rullah Midlands UKPosts: 54
July 2021 in Plants
Hi all I planted about 100 iris bulbs this year. They have all flowered but the flowers literally lasted less than 48h before starting to wilt. Some of them also had a 2nd flower that looked like it was going to come through after the 1st one had died, but they all came though dead. Is this normal iris behaviour, or is it because they happened to come out on the hottest day of the year? Do I just need to deadhead them now and leave the foliage?

I also planted 250 freesia bulbs at the recommended time, in various locations. Some in the ground some in pots, varying levels of sun, not a single one has made an appearance, not even any foliage?? Are they likely to come up next year or are they a lost cause?
0