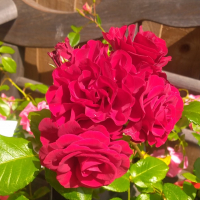 Heartinthedirt Liverpool Posts: 289
July 2021 in Wildlife gardening
Has anyone ever clay puddled a pond? We're on fairly heavy clay and have a corner of the garden that always floods with the autumn/winter rains so we're thinking of making a virtue of it and putting in a wildlife pond. Has anyone ever puddled clay, and would you recommend it or should we run away screaming and put in a good, old-fashioned (