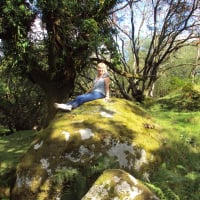 Lyn DevonPosts: 20,505
July 2021 in Fruit & veg
Can you suggest best cucumbers grown from seeds for juiciest and soft skins please.
GH or outside,   My African Snails are getting very fussy.
Also some tips,  I haven’t grown much veg, I’m a flower grower but need to think about this now.
Gardening on the wild, windy west side of Dartmoor.