Jay_2428 Posts: 2
July 2021 in Garden design
Hi, hoping one of you fine people can help here. Parents bought some new lawn but left it a few days before laying. It's now been 3 days since laying at it looks like this. Is this normal, or should it be fully green? If its done for, is there anything to salvage it, or start fresh? 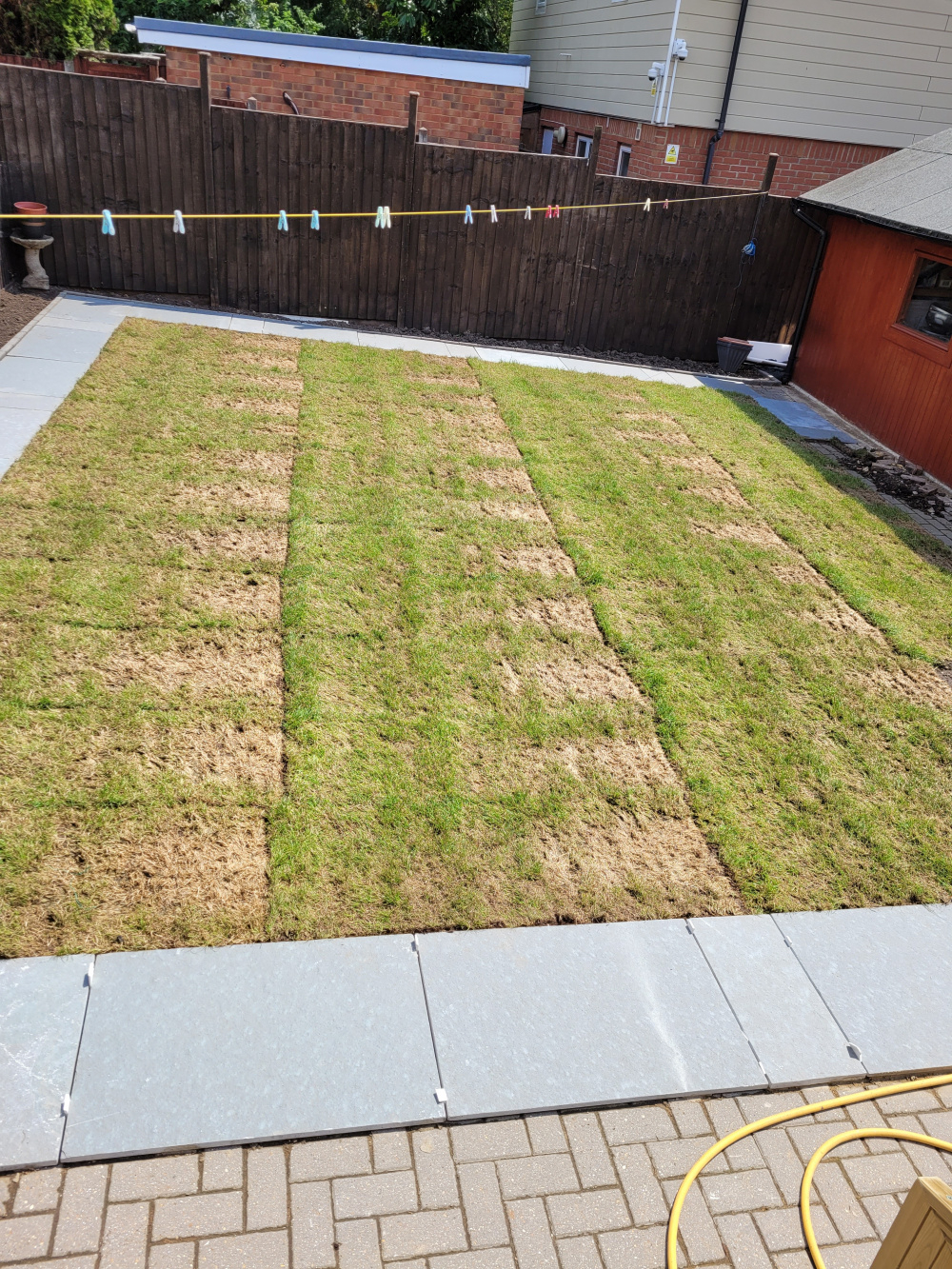