jess493 Posts: 3
July 2021 in Plants
My elephant ear plant has seen better days. Bought it April last year and it did well in my sunny living room until November when we got a kitten so all plants had to be moved out of his reach (he will destroy anything green).
It spent several months in the office where I think it suffered from a combination of bitter cold (single glazed Victorian attic flat), lack of light and overwatering. Most of the leaves yellowed to the extreme so I had to cut them off, leaving just two stems.
Finally, realising it likes humidity, I moved it to the bathroom in about April, where it seems to have fared a bit better and has produced two new stems. One of these has just a brown shrivelled scabby bit for a leaf, and doesn’t seem to be doing anything now. One of the other older stems has now started wilting badly.
It’s looking very neglected and sorry. Thinking I need to add more soil to the pot as possibly too much of the base is exposed? Possibly re-pot? Cut off the new stem with the shrivelled leaf? I’m watering about once a fortnight, saturating the soil and allowing excess to drain off. It’s not in direct light but just next to the window and it gets quite bright in the room.
Thanks 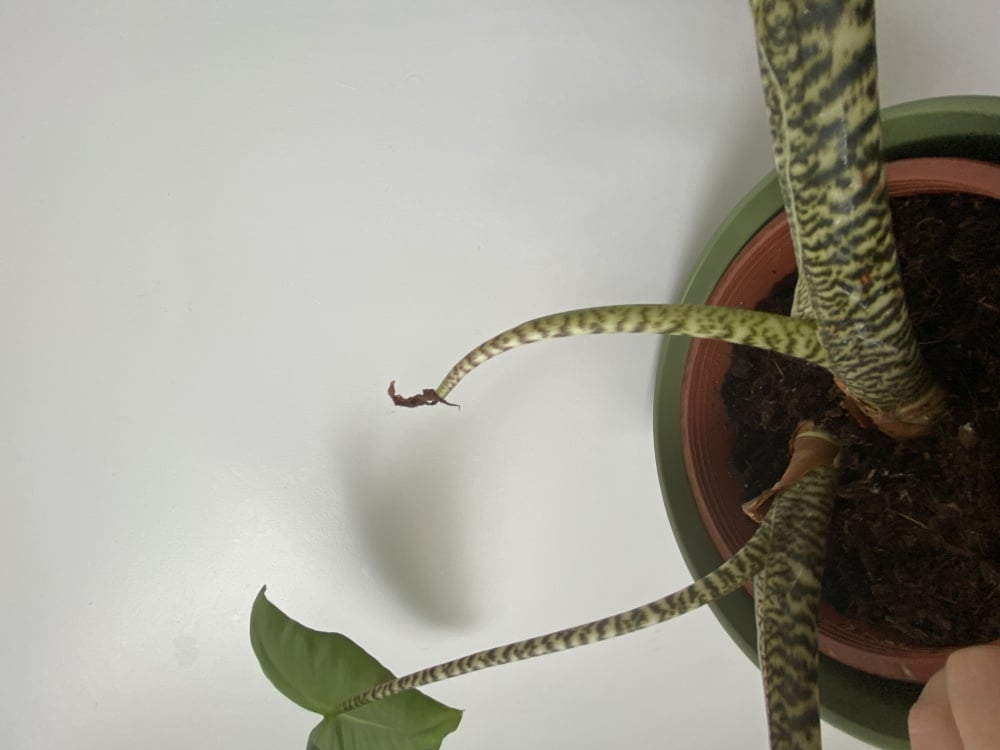 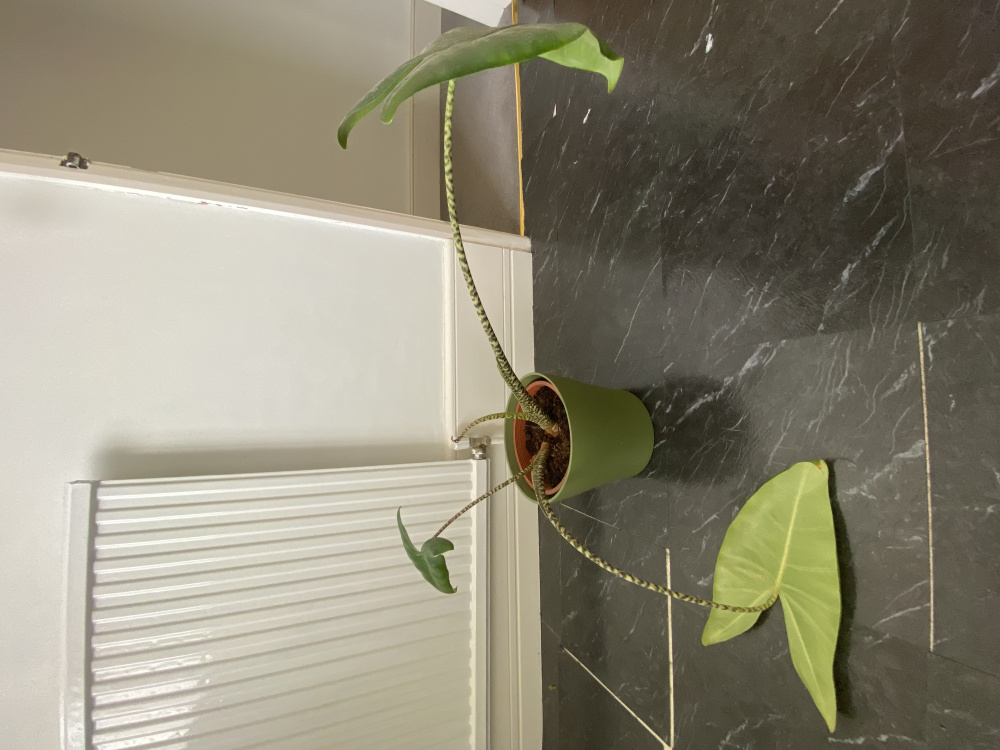