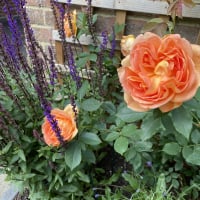 Hi,
We have a rosemary hedge in our front garden which is getting eaten by beetles. (At edge of grass) We had this problem last year too and so have decided to plant something else there instead. We had a box hedge in the back garden once but that got devoured by caterpillars so just wanted some other ideas of what shrub/flowers would work best along the edge of the grass.
TIA
0