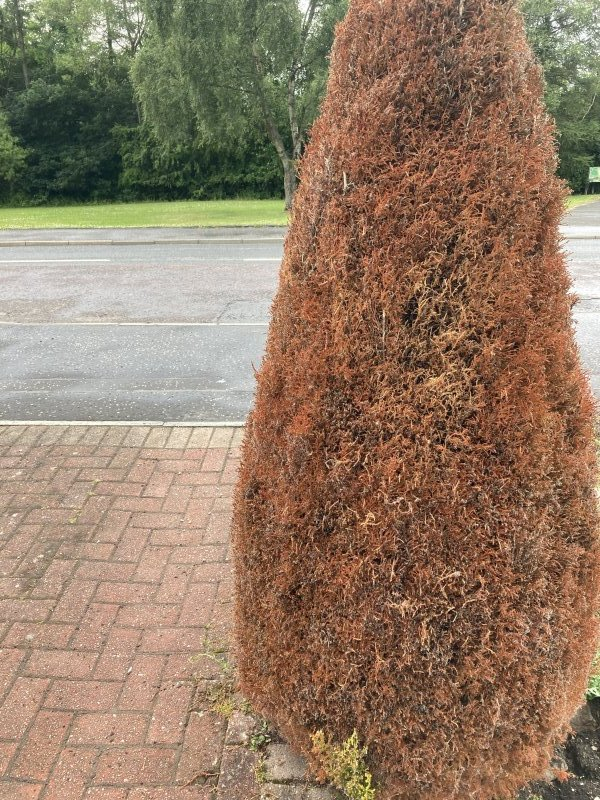 First post on here, thanks in advance for any help.

I bought a house 7 years ago, and a tree was already there.  Over the years it has grown in size and has always been green.
Over the past 6 months it has turned brown (picture attached). I live in central Scotland if that is relevant.

I was wondering could suggest what is wrong with it as I don’t have much experience with gardening or plants.  My suspicion is that it may be dead.

All suggestions welcome, and if not dead is there any action I could take to revive it.