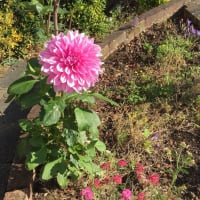 msqingxiao North LondonPosts: 347
June 2021 in Plants
Read some old posts on the forum about buying 9cm pot perennials and pot them on as a good way to save money. I've got a garden full of weeds and slugs at the moment, waiting to be filled out with perennials (cottage style ideally). Wondering where would be a good place to buy them? I saw a lot of varieties selling for £3 at Secret Gardening Club (plus £5 delivery). Dobies also has some but I read that they were bought by T&M so not sure. Would other places have better prices? We are nowhere near a garden centre and we don't drive. The nearest B&Q is also a bus ride (£1.5 one way) away. I've bought some dianthus (£1) and fuchsia (£2) from my local Sainsbury's, but they don't have many other varieties. Any suggestion please? Thanks!
0
«12»