justandnobodyelse Posts: 125
June 2021 in Plants
Hi all,
it’s my first year growing dahlias, So zero experience. I have chosen 4 different varieties all to be grown this year straight from the dried tuber into the pots I want them to stay in.

Potted up about 100mm deep Feb/March time in the greenhouse, kept in there frost free until they were shooting and the frosts had finished. 3 of the 4 pots had shoots and I thought the final one was a lost cause as it did not shoot.

Curiosity got the better of me and so I dug down to the top of the tuber to see if it looked rotten, which it didn’t. I didn’t dig it out as the pot was dry , so I just left it in the pot with the old flower stalk exposed. I thought maybe there were no eyes on this one and so wrote it off as being a complete goner. This was a couple of weeks back and it has just sat in a very warm greenhouse. I went to retrieve the pot yesterday and I noticed what appears to be very small shoots on the old flower stalk from last year. I have no idea why it has appeared so much later than the others? Any ideas, the tubers did look in a terrible state on arrival in the post. Small, broken pieces, missing eyes etc.
This first picture is of the first three that started shooting weeks back they have had a few weeks outside now. 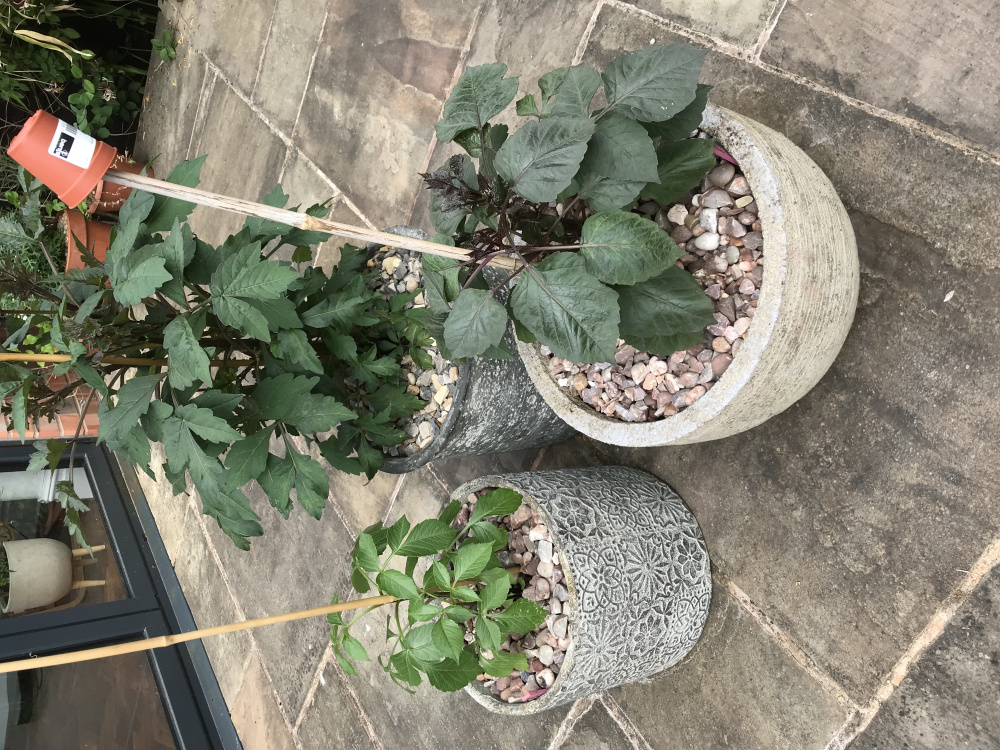 The third, fourth and fifth shots show the tiny shoots on the old flower stalk. 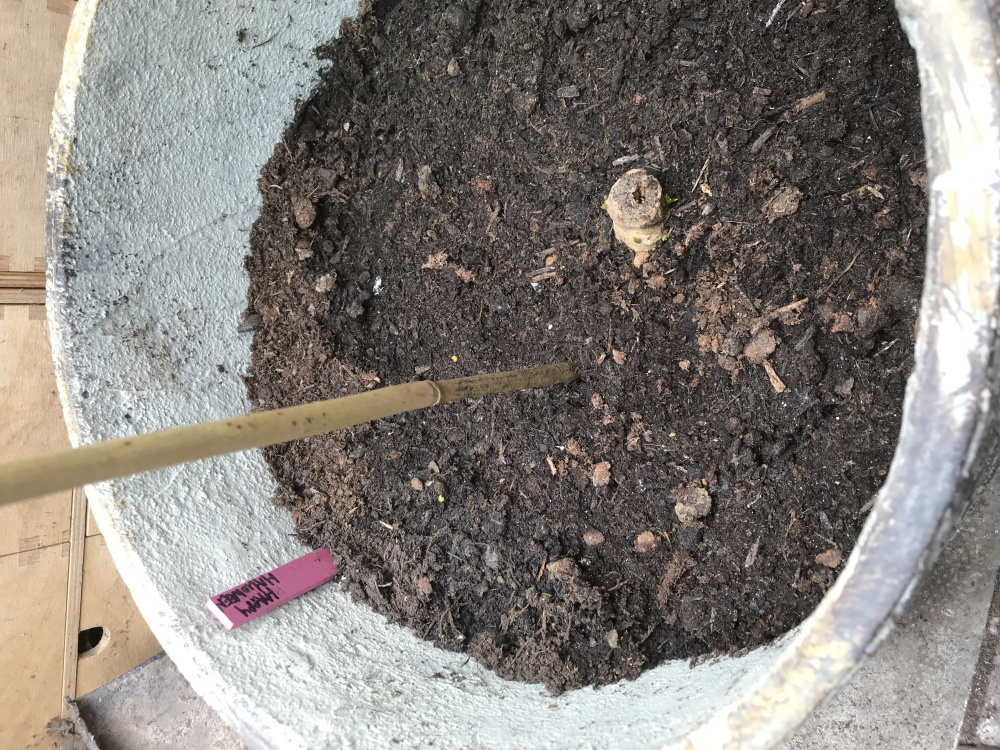 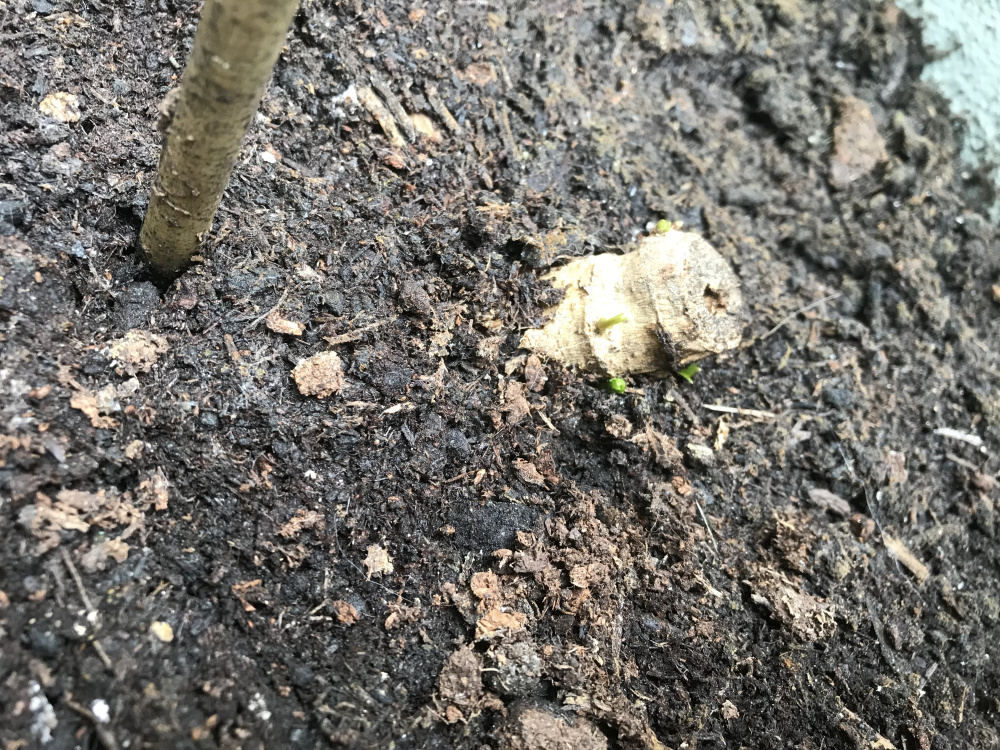 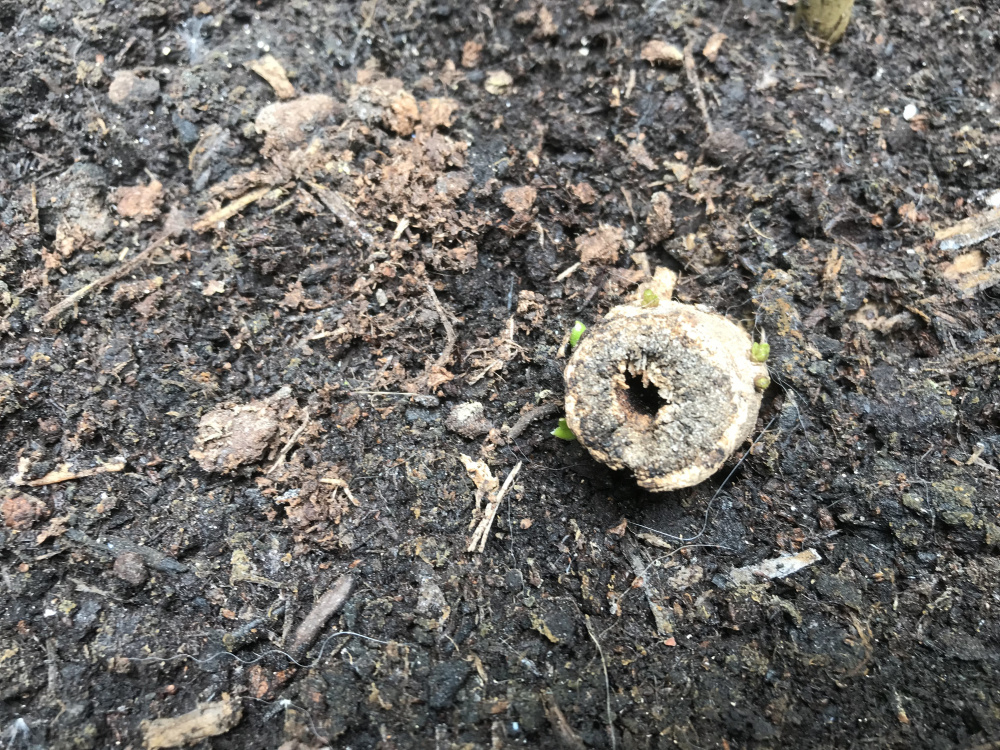 Does anyone think this one might come good? Its a variety called Happy Halloween!

My question is should I now cover it back up with compost as the compost level in the pot is now 100mm below where it was originally ?