dilby Posts: 48
June 2021 in Garden design
Hi all - Hope we're all enjoying the sun! I was hoping some kind folk could help give their opinions on a garden design problem I'm having.

The end of my garden doesn't get a huge amount of sun (south facing garden with the house in the north end) and I've long neglected it. However after having a new kitchen extension we now look out on this area the most and I need to get it sorted! My intention is to make it into a japanese-themed space, and I already have some hostas, an acer, azalea and ferns that do quite well there. But there is a big wall & fence behind it all that I really want to screen out. As it doesn't get much sun keeping the wooden fence clean is hard (it's always green with algae) and it's love to create some depth by lining it with some sort of plant.

Initially I was considering bamboo, but after being steered away from non-clumping varieties and looking at clumping it seems that the options for shade-loving varieties that are still tall enough are thin and still can cause problems (I have a nosy neighbour on the other side and the last thing I need is rogue bamboo).

I'm having trouble thinking of some japanese alternatives and the best option I'm left with is going something just middle of the road such as laurel or privet as a neutral green background from which to make the japanese theme stand out (a nice lime green privet could work well there I'm thinking). I know it's not Japanese but perhaps I can also clip it sympathetically for at least a gentle nod towards that style.

Another option is to have some of the wall visible as I know there are some stone structures in japanese gardens, and to grow some ferns on a hanging planter half way up. No wrong or right answers I know, but I would just love to hear some other thoughts! 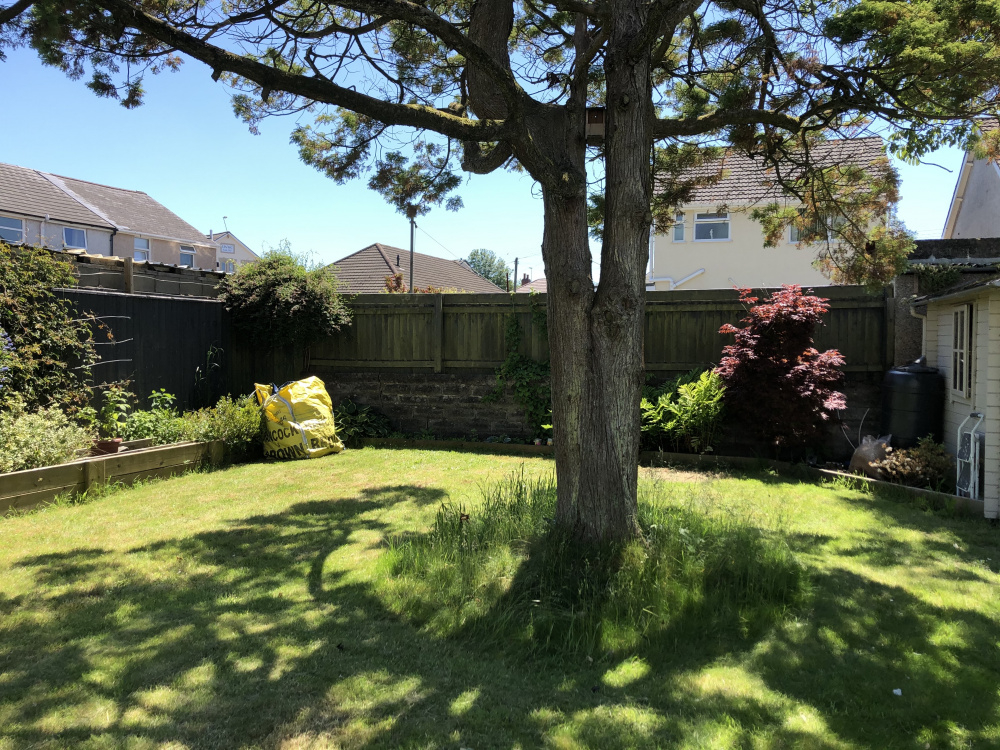 I've attached an image of the wall & bed in question (you can notice it's in shade at midday) - please excuse the state of everything, the whole garden has been a building site and it's both been almost inaccessible and sadly not a priority till recently! I'd be making the bed a lot deeper too. Thanks so much!!
1