Failing pittosporum - can it be saved and, if so, what should we do?

Jane453 Posts: 5
June 2021 in Problem solving
We have a pittosporum which has been in the garden for about 4 years. It had been growing fast and doing really well until this spring - however, since the winter ended the leaves have been increasingly turning brown and dropping off, from the top of the shrub downwards. At the moment, it is only the lower section of the shrub which is green and producing new growth.
We are in the Lothians area of Scotland, and had some heavy snow over the winter followed by a cold and wet spring. When the browning of the leaves and leaf loss only affected the very top shoots on the shrub, we initially thought that this was damage from the snow and pruned them away. However, the problem has continued to spread.
It looked for a while as if there were new buds forming where the leaves had turned brown and we were hopeful that the shrub might just be turning over new leaves where it has grown a lot in recent years, but these new buds don't seem to have come to anything.
So, we're looking for advice on whether our pittosporum can be saved or is going to fail completely - if it can be saved, what should we do? 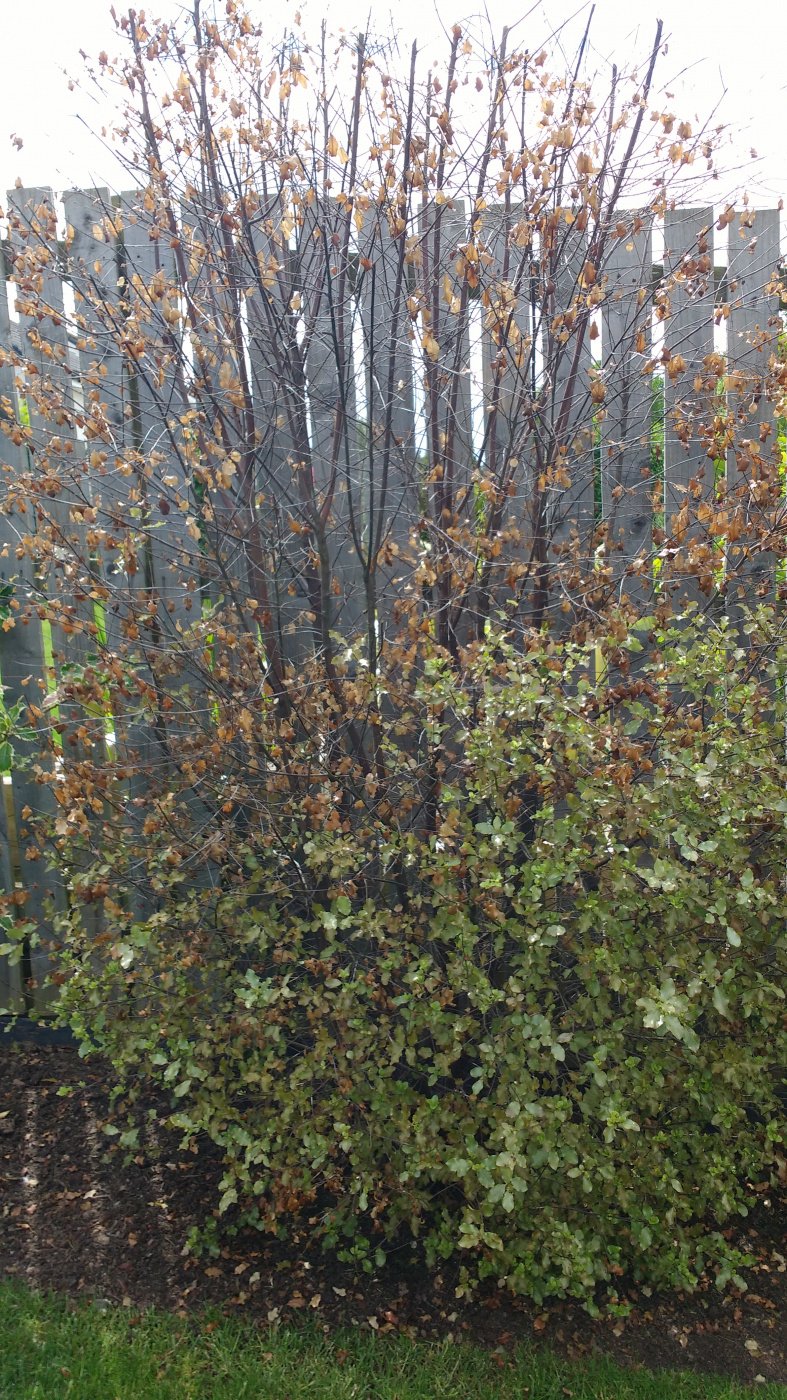