Why are the flowers dying on this iris 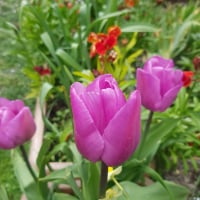