THE DARLING BUDS OF MAY 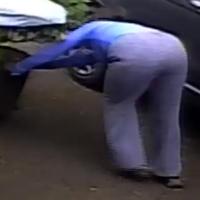 pansyface PEAK DISTRICT DerbyshirePosts: 21,180
May 2021 in Plants
Yesterday evening we had a storm the likes of which I have never seen in my life.

It began at about 5pm with black clouds building up in the south and west with distant rumbles of thunder. Round about 5.30 a wall of rain hit us, along with lightning and thunder.

The initial rain was almost like a blizzard, the wind got up, and lightning struck all around us for about half an hour. The closest were about a five minute walk from the house. (There is a website called Blitzortung that allows you to follow lightning strikes in almost real time.)

A few moments of calm, blue skies were followed by another wave of storm clouds. This time, instead of rain we witnessed a hail storm of exceptional force. Hailstones the size of grapes were landing on the ground with such force that they bounced to waist height. This went on for the next ten minutes or so until the ground was white.

Another hail storm of similar ferocity.
Apophthegm -  a big word for a small thought.
0
«12»