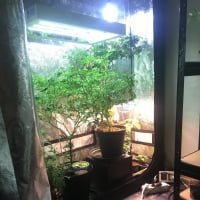 sinderyt151R93x17HK NorwayPosts: 99
May 2021 edited May 2021 in Fruit & veg
So lately ive had a bit of problems with my chili pepper plants, first i did a bit of a mistake and repotted them into pure cow fertilized compost which might have been to much nutrients and caused shock for the plant and the plant was very bad shape and looking down as it was about to die, so i repotted it again 2 days later in a mix of normal soil and the compost and now the plants seems to be getting happier.

But im worried the yellow and black on the leafes, what i have read the black thing can be that my grow light is to close, so ive moved it about 20 cm up, according to other guides and even for my basil i can have it like 5cm close to the chili plant without it burning, i even have it closer on my basil like 2-3cm away and no burn, so it feels strange if the chili plant is getting burned of the lamp when my basil doesnt, the lamp is 4x T5 6400K CFL fluorescent lamps.

and the yellow part nutrients should not be an issue as the fertilized compost i bough in the gardenstore said it had everything of nutrients it needed, and i have been very carefull with giving it water so i dont think its overwatering as in the beginning because then i started to get edema which is not a problem anymore, i also repotted them into seperate pots instead of one pot together which might have helped aswell, but why is some leafes turning yellow and some black. heres some pictures under hopefully it will help to explain what i mean, Hopefully it aint to much text, im just worried and want to make the plant have a good life, but im new to all of this so im not sure what to do.

All of the pots have much better drainage holes then the old pot i used. 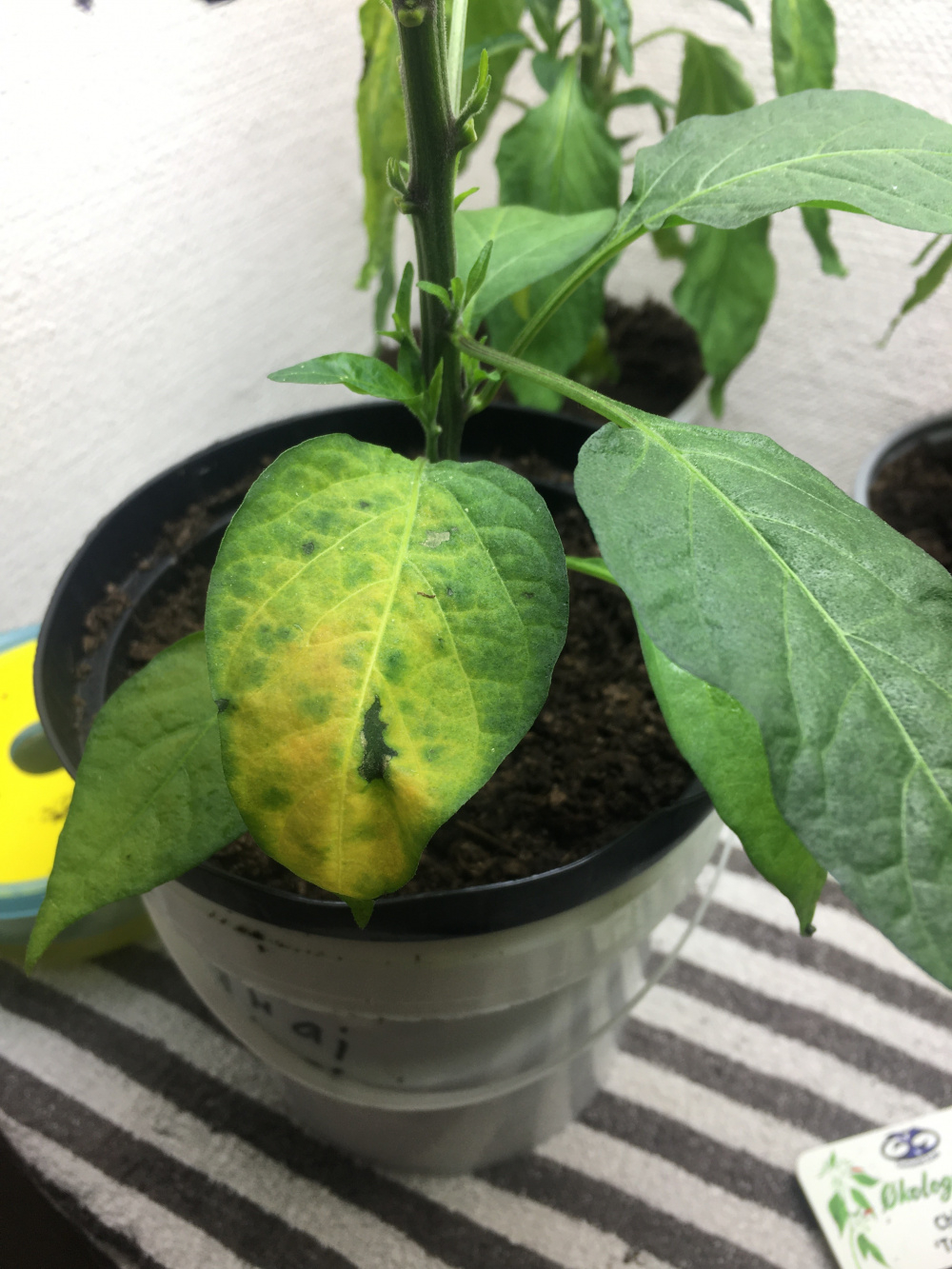 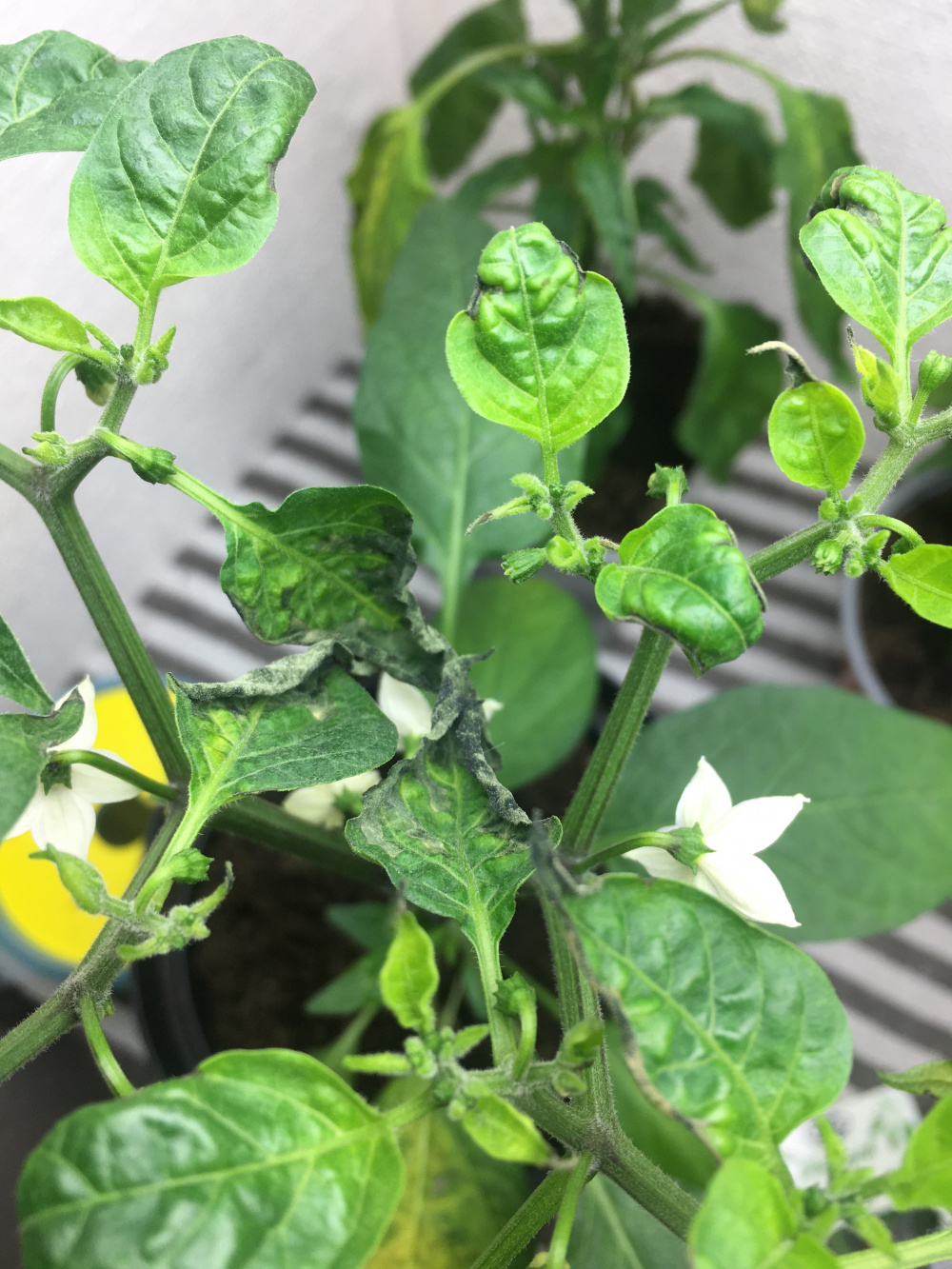 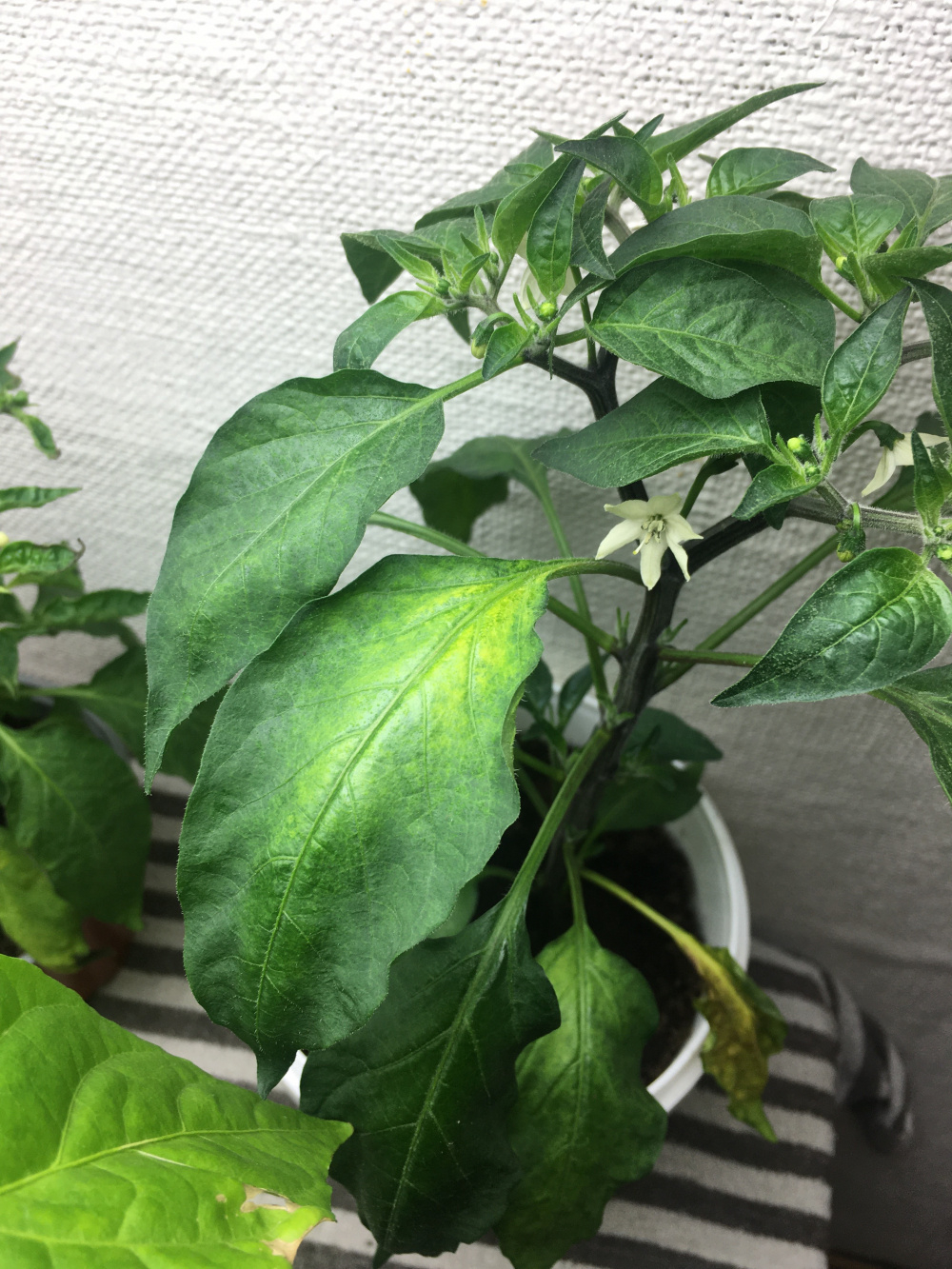 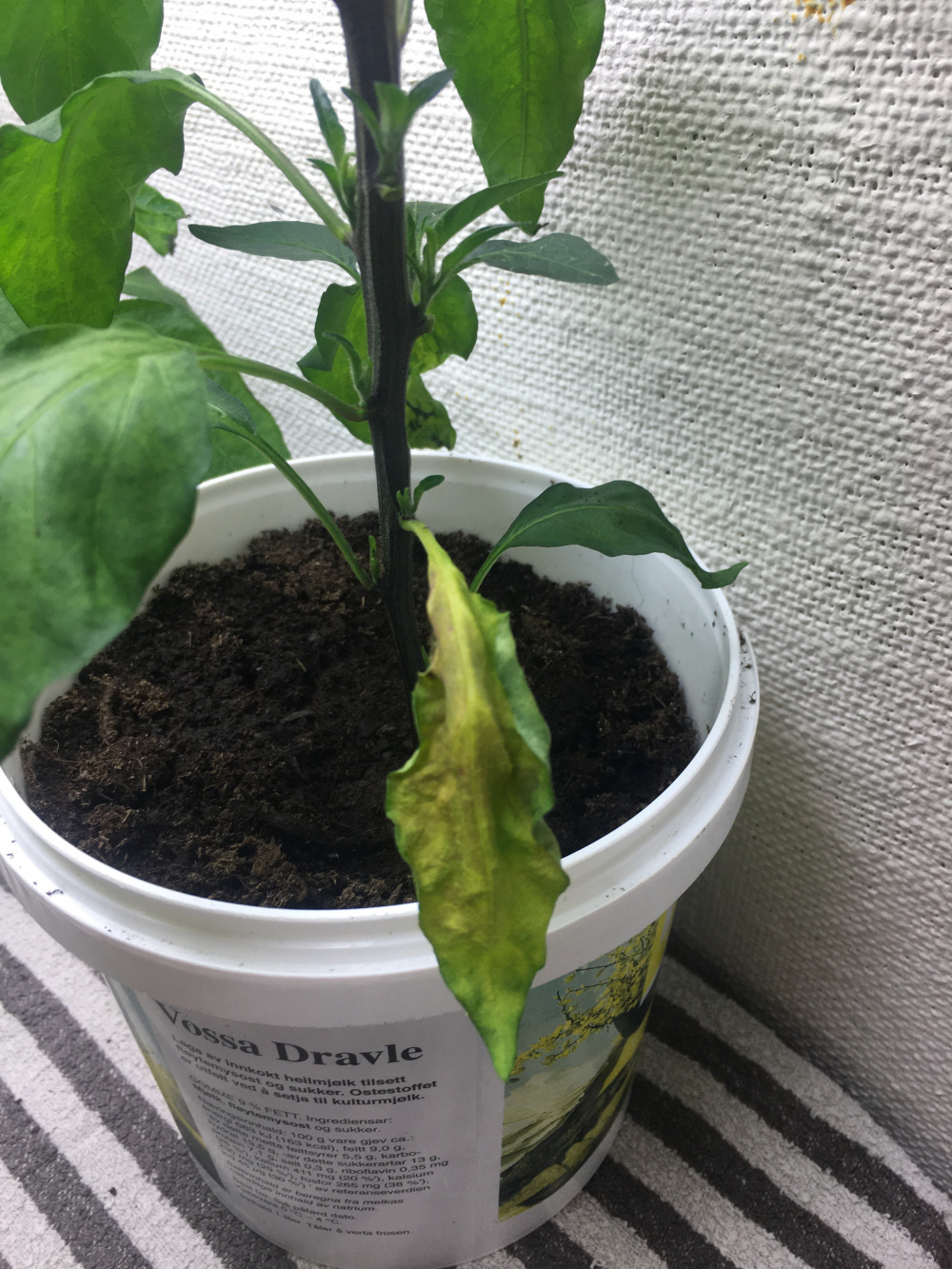 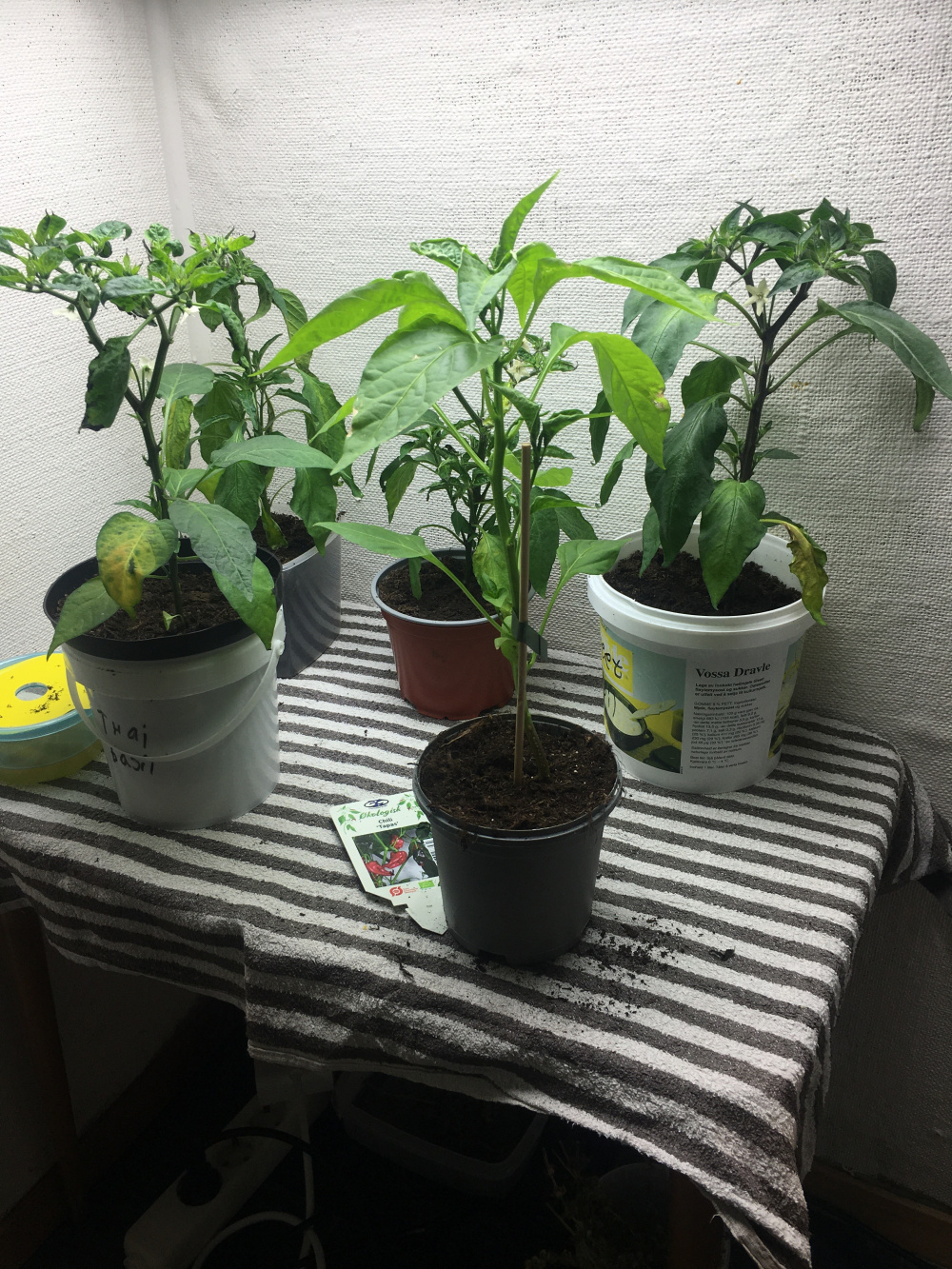