I posted before, I had some grey planters in front of my shed but now that I've painted the shed grey, it's all a little too grey so the planters have gone elsewhere.

Instead I feel I need some tall greenery to brighten up the garden and disguise/soften the shed.

I thought about planting a row of Portuguese Laurel, but we have a cat and I've just learned it's poisonous to cats.

Then I thought of planting a row of elaeagnus x ebbengei, but I bought a small one to try it and it's a little dull so it doesn't do much to brighten the garden nor does it stand out against the grey, plus I'm struggling to find reasonably established plants.

I know some acers would work but unfortunately I just don't like them. I prefer traditional leafy bushes to the sort of zen garden or tropical look.

I think I may be asking for the impossible, but before I give up I thought I would give you guys a try!  I would be grateful for any suggestions of something tall and green that I could plant along the shed. Thanks everyone. 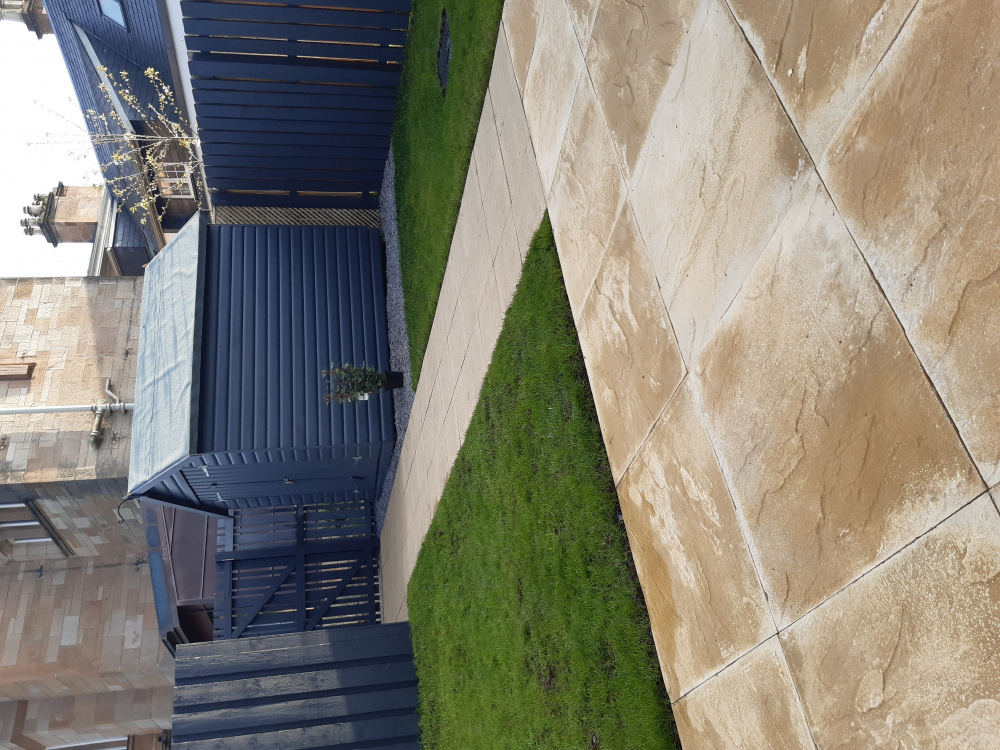