peroroncino Posts: 74
March 2021 edited March 2021 in Wildlife gardening
I've almost finished creating my wildlife pond and one of the last things remaining apart from pond plants is what goes around the pond.
As the surrounding is concrete I have to put stuff on top of it, so my soil depth is limited to only 2 inches deep and 6 inches wide - the pink coloured strips. I can't put the usual rockery stones because they'll stick out too much and I have a limited budget too.
What could I grow along the sides that is good for pondlife and will overhang to cover the liner? The right side is especially important for overhanging plants (more liner is exposed along it) and I know sedge is common but I don't think it will grow with these constraints.
I was also considering just putting a line of river cobbles all around or combine them with plants and gravel, but I don't know what colour of gravel would look nice

Do you have any better ideas?
The patches of dirt in the corners are supposed to be for bog plants and I've put a 2 inch layer of aquatic compost in the top pond shelf hoping something will grow to cover that area but I have no idea what would be happy in that small amount of soil. That shelf is only 3 inches deep so no baskets 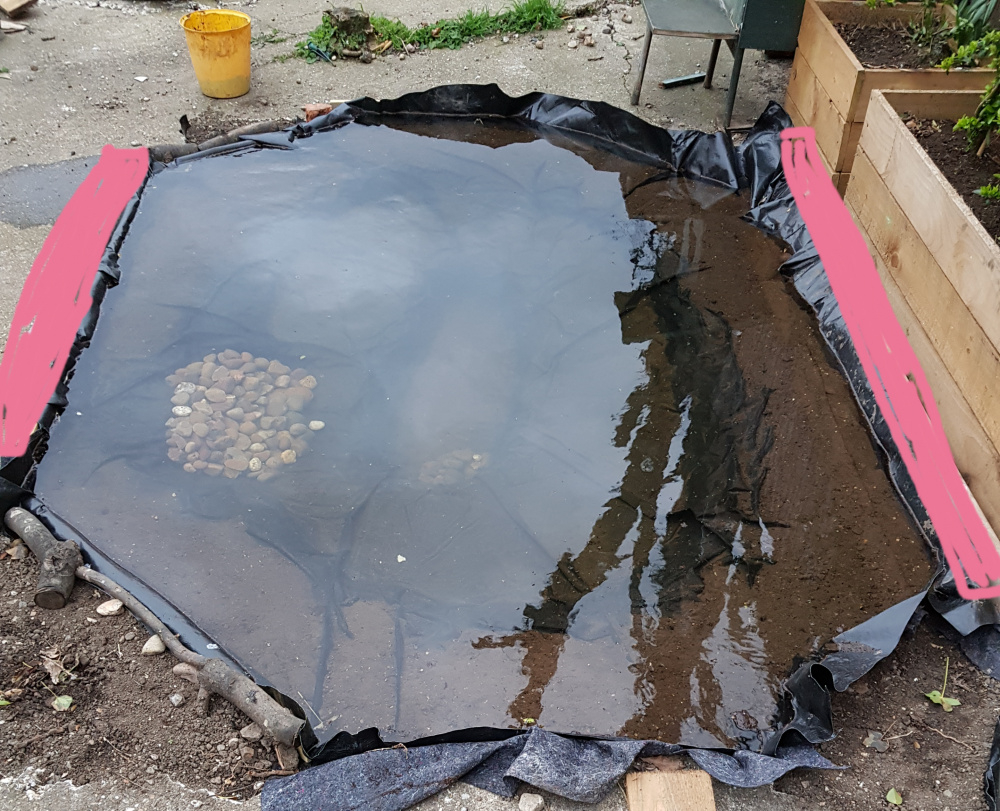